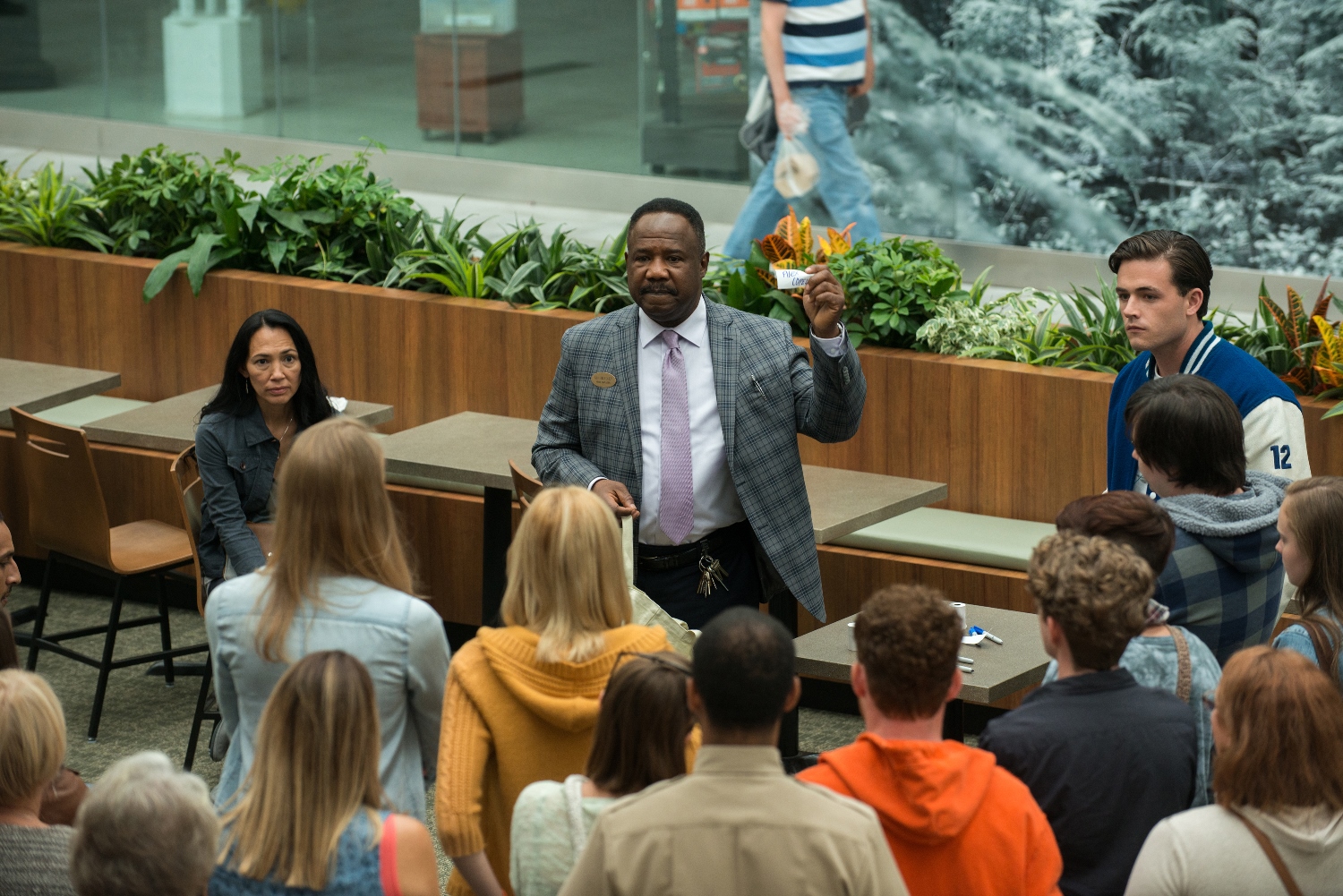 I’ve noticed that Stephen King manages to incorporate creepy deer situations in his stories quite regularly. I’m going to note that as something to keep an eye on for future episodes.

While I understand why the mall manager decided to lock the mall doors, I can’t help but think that it’s going to be a bad idea down the line. At least he’s taking charge of the situation, though.

I feel so bad for Mrs. Raven. I can’t help but think that her husband is going to return in some way. People have a habit of not really dying in Stephen King stories.

So Mia is a drug addict and manipulator but also strong and capable of handling things in a pinch. That is probably going to be an issue later on.

I must admit that I’m not mad at the mall manager for instituting a lottery system as his act of leadership. Delegation is important when death or injury may happen.

I was totally fine with Mia running that guy over. I think her obvious withdrawal symptoms made her flip the car. She gets an A for evading the carjacking and an F for almost killing everyone in the car. Yep, her drug issues are going to cause problems. It’s tough to tell if her seeing the older lady in the Mist is because of the withdrawal or the Mist. I do like that Chief Heisel handcuffed her to the pew. She needed to sit down and get herself together.

Eve has gone on a mission with this guy, Clint, who has a gun and is calling someone or something called Arrowhead over the radio. It sounds like some kind of military or militarized mission. And once she gets uneasy, his first instinct is to hold her hostage, chase her and try to kill her. That felt unnecessarily aggressive. I’m sure he could have made something up rather than going the violent route. But, that also creates another character that’s popular in Stephen King’s stories – the military.

Now that Eve has shot Clint, I’m sure he’s not dead. I’m also pretty sure he’ll make some kind of reappearance.

One way to create a bond among a group of people is with a bottle of red wine being passed around. It’s sad that the wine is being shared in eulogy, but I like the moment that was created at the church. Those moments should be enjoyed in these types of situations, real or fictional.

Turns out, the old lady that Mia saw in the Mist was not her own hallucination because of the withdrawal. Bryan saw her too.

And…the people that were with Clint felt the need to hang themselves. That’s an aggressive decision, but it shows that they were (or are) obviously involved in something major. I’d assume majorly bad over majorly good.

As we peel back the layers of this story, I’m going to make some predictions. Let’s see if or when they come to pass:

What do you think is going to happen next?