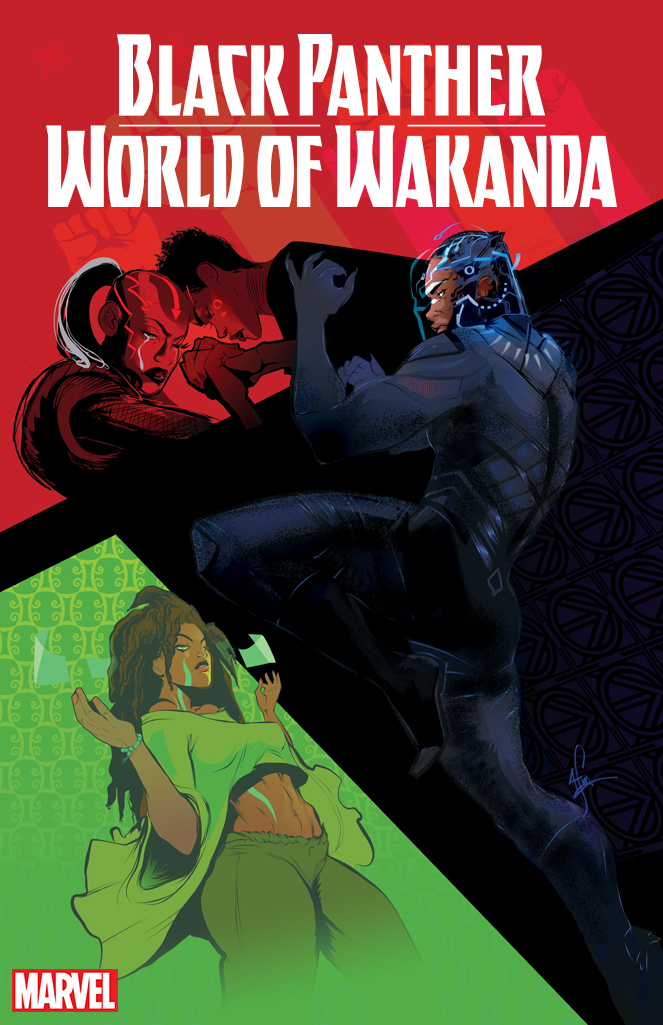 Sunday evening on Twitter it was announced by renowned writer Roxane Gay that Marvel’s World of Wakanda has been canceled.  The book featured Dora Milaje members Ayo and Aneka. Both Gay and Yona Harvey were writers on the book.  I was informed by a follower on the BGN account of the news:

Sadly, the series was cancelled but I hope to revisit the characters. https://t.co/7kieeBWdQy

On my podcast Misty Knight’s Uninformed Afro, Steph and I dissected Ayo and Aneka’s storyline in World of Wakanda.  The series is co-written by Ta-Nehisi Coates and artwork done by Alitha E. Martinez and Afua Richardson.  It was one of the few Marvel books that had Black women at the helm, both as writers and artists.  Also, it was one of the few story arcs (and possibly the only) that centered queer Black women in the narrative.  The book is now canceled and once again marginalized characters like the women of the Dora Milaje no longer have a story of theirs to tell.  This is not the only book Marvel has recently canceled featuring prominent Black characters.  Black Panther and the Crew which was also written by a Black female writer, Yona Harvey, has also been canceled.  Ta-Nehisi Coates was also the co-author of that book which was canceled only after two issues.  The book featured characters T’Challa, Storm, Misty Knight and Luke Cage.

Marvel has come under fire for David Gabriel’s comments blaming women and diversity for Marvel’s sales slump.  The VP of Sales for Marvel stated:

Gabriel has since backpedaled on his comments, but has the damage already been done?  And why are so many books featuring Black characters and written by Black comic book writers being canceled?  The promos for World of Wakanda were lackluster at best, and therein lies the conundrum over at Marvel as to what books receive a marketing push and which books get ignored?  Only the team at Marvel and execs like Gabriel know that answer for certain.

What we know is the cancellation of this book is incredibly heartbreaking and the timing is awful given the fact that the Black Panther live action film is due for release next year.