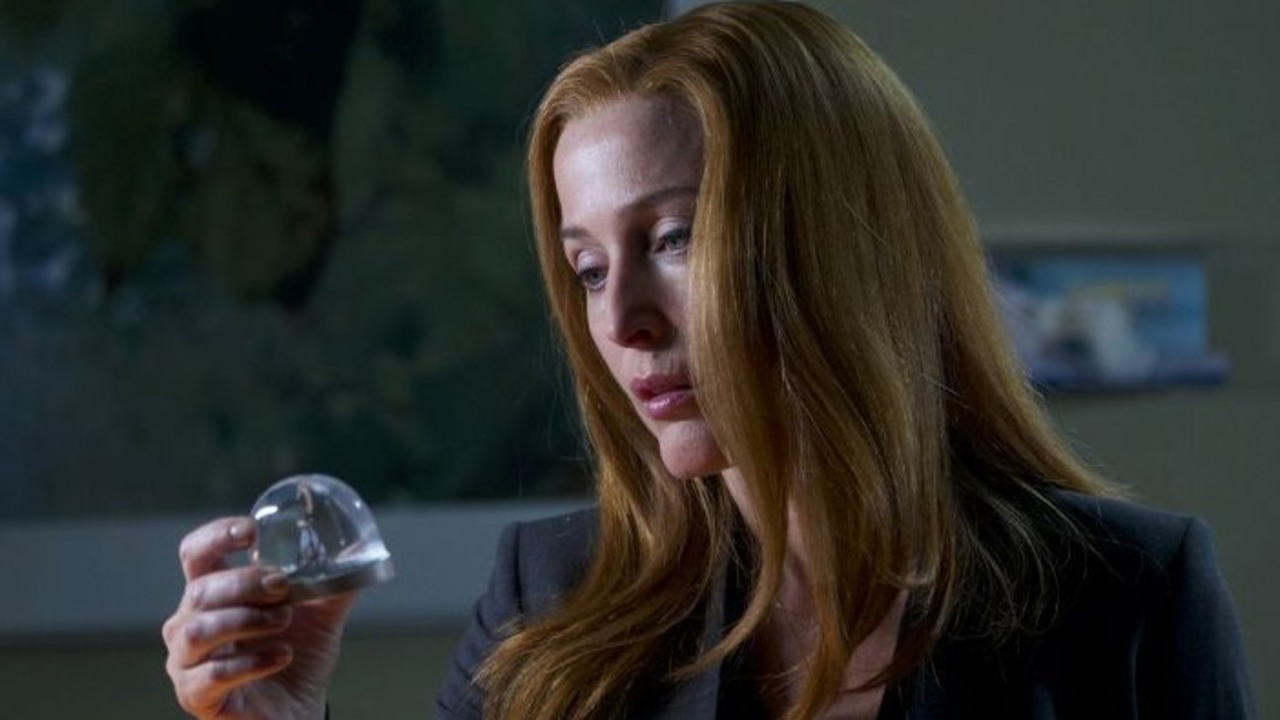 Let’s talk about this X-Files cold open. The show opens on two girls walking through a derelict ship. Both girls are holding knives. Everything about this sounds like a bad idea. Maybe I lived a boring life but as a teenager, but I never thought of doing things like this. “Are you ghouli?” One girl calls out. They find each other and instead of seeing girls, they see horrible monsters. They instantly attack each other with knives. This is the old school creepiness I love from the X-Files.

On its surface, “Ghouli” looks like a standard monster of the week episode. The title credit ends with ‘You See What I Want You to See’ instead of the usual ‘Trust No One’ letting us know that there’s more to this episode. Scully’s visions are back. In this new vision, she wakes in a stranger’s house. She follows the stranger throughout the house, walking through doors that lead her back inside. In the dream, she finds a snow globe with a ship inside. The same ship the girls attacked each other on.

Both of the girls who attacked each other had the same dream as Scully. It leads them to the ship looking for a monster called ghouli. Both girls also share the same boyfriend, Jackson Van de Kamp. In the premiere of this season, Scully speculated that her visions were from William, her son. The boyfriend has the same name as William’s adoptive family. Is it a coincidence? It seems unlikely. They head to the Van De Kamp house to find answers and possibly their long lost son. They hear two gunshots and a third inside. It appears the Van De Kamps are the victims of a murder/suicide with Jackson as the murderer. My first thought: of course the son of the Cigarette Smoking Man would kill his own parents.

This episode isn’t about ghouli. This is all about William. It’s about Scully’s grief and regret over giving him up and seeing what has become of him. In the morgue, in a beautiful performance by Gillian Anderson, Scully cries over his body. She tells him all the things she wanted to tell William: that he was wanted, that she hoped they would one day be reunited. This episode is led by Scully’s belief. First that Jackson is William and then that William is alive after his body disappears from the morgue. Mulder is also grieving in his own way but he was there more as a support for Scully. I love seeing these quiet moments like Mulder offering Scully comfort through an embrace in their relationship. It speaks to the long and intense history they have with each other.

Going through Jackson’s computer they find hacked files from the Department of Defense about a Project Crossroads before the D.O.D takes over the investigation. In Skinner’s office, the Cigarette Smoking Man tells him that Mulder is close to finding out what Project Crossroads is. Seeing him there is like old times, old times I wished stayed in the past. What are you doing, Skinner? Skinner’s loyalty has been consistently questioned by Mulder and Scully this season. I want to believe he’s not in the pocket of the Cigarette Smoking Man but scenes like this are determined to prove me wrong. 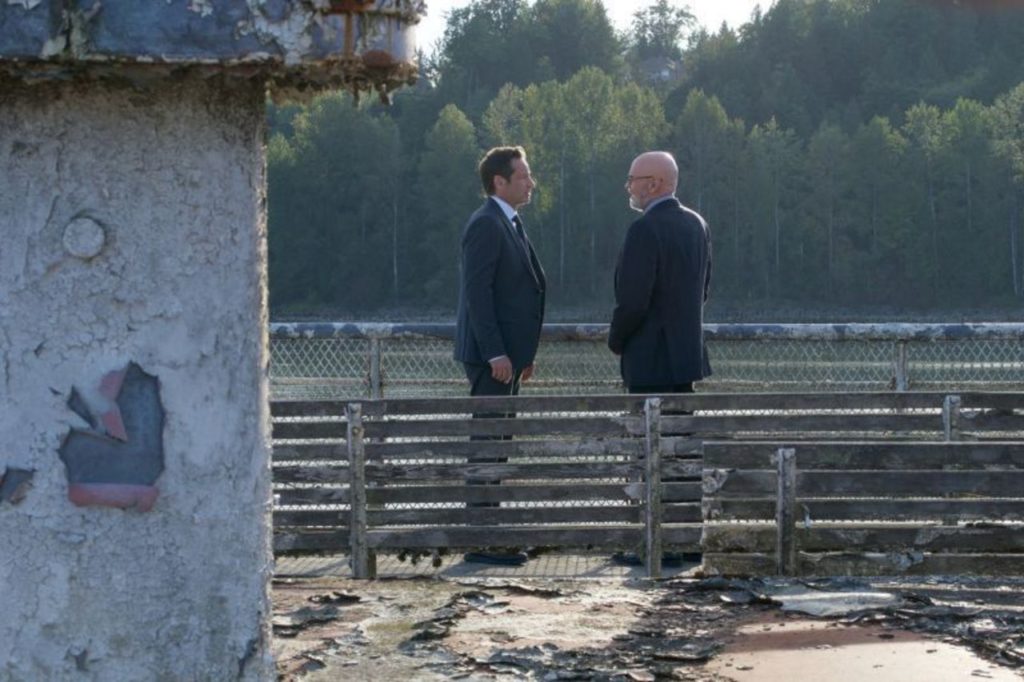 Skinner soon joins Mulder to warn them to drop the investigation. We went from questioning whether or not aliens existed to Skinner calmly explaining to Mulder that after the crash at Roswell, a Dr. Masao Matsumoto started a eugenics program that combined alien and human DNA. We’ve come so far. The project was called Crosswords. After it was shut down, Matsumoto burned all the files pertaining to the subjects to protect them and disappeared. Jackson Van De Kamp was one of those subjects. That’s why the D.O.D agents have been following them.

With this new information, Mulder goes back over the crime scene, believing now that the D.O.D agents shot Jackson’s parents. Jackson then used his powers to make everyone think he was dead. ‘You See What I Want You to See.’ That’s Jackson’s power. In addition to the visions, he has the power to alter your perceptions. He sent his girlfriends to the ferry looking for ghouli. He projected the image of the monster to them. He didn’t mean for them to hurt each other so badly but he still did it. Add in the double girlfriend thing and Jackson is kind of a jerk.

Instead of leaving town like he should have, Jackson goes back to the hospital to apologize and say goodbye to his girlfriends. That’s where the DOD agents find him. They don’t seem particularly keen on taking him in alive. Jackson manages to stay alive by tricking the DOD agents into taking each other out. Then he disappears.

On the way out of town, Scully makes them stop at a gas station with a windmill similar to the one in the snow globe she took from Jackson’s room. She runs into the same Japanese man she met outside of the hospital.  “If you don’t stand for something, you fall for anything,” he tells her after saying he wish he could have known her better. Scully recognizes him as the author of a book in Jackson’s room. Mulder recognizes the quote as a Malcolm X one. Jackson had a poster of him hanging over his bed. They watch the surveillance footage of the gas station parking lot and see that it’s clearly Jackson. Even if she didn’t know it at the time, it still causes Scully to smile knowing that she finally got her moment with her son.

Despite not being the monster of the week episode it was introduced as, “Ghouli” doesn’t feel like a fake out. It feels like closure. It feels like closure for Scully in a similar way that the aptly named season 7 episode “Closure” was for Mulder and his search for his sister. Scully found her son and though she spent only a moment with him, it was enough. This was also an episode that dealt with the show’s mythology and the looming pandemic without being heavy-handed. It validated Scully’s beliefs about her visions.