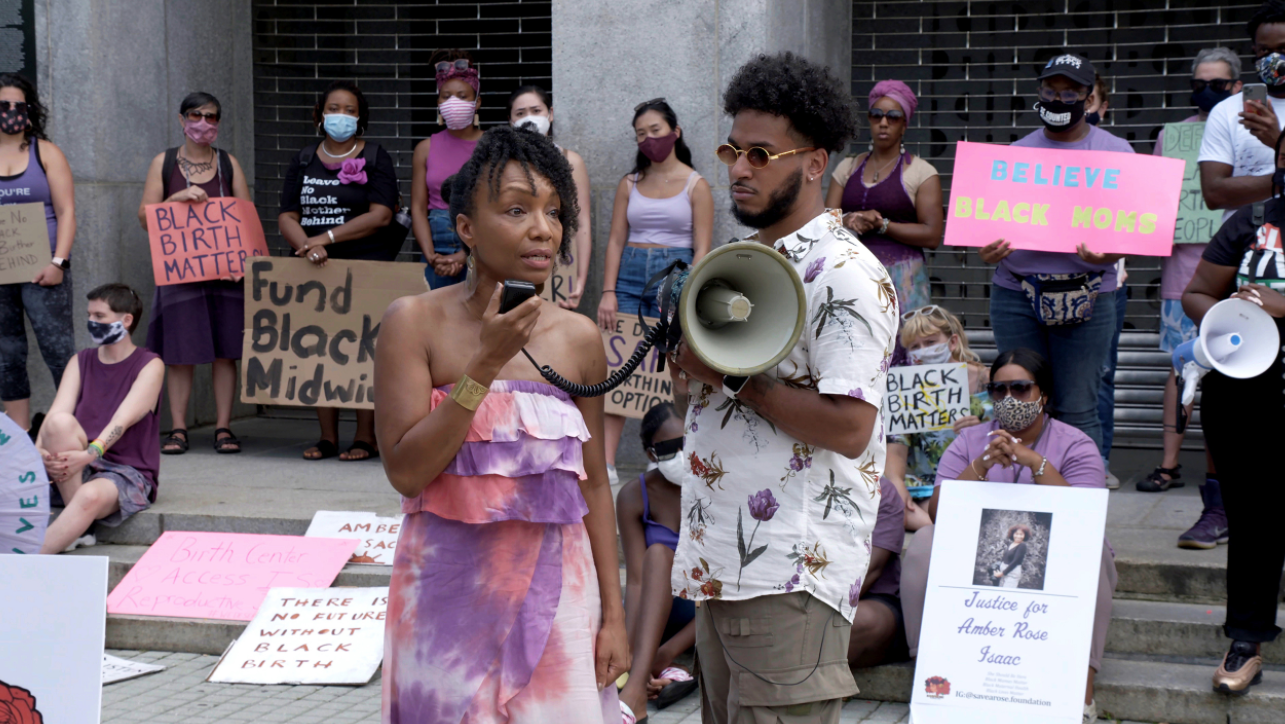 As a Black woman looking to one day have children, the documentary Aftershock rocked me a bit. It toppled preconceived notions and took me out of the bubble I was living in. It was emotional.

Since I’m the oldest of six, with numerous aunts and uncles and six nieces and nephews, a big family has always been in my head. I still think that’s possible. I just have more to think about after seeing Aftershock, a 2022 Sundance feature documentary.

Racism is very much a part of the world today, so it’s no surprise that it would be embedded in the laws and regulations of a society or an organization, like our healthcare system, manifesting as discrimination. A disturbingly disproportionate number of Black women struggle or are failed by the U.S. maternal health system. This hit very close to home to me. Aftershock is one of those films that comes at you hard with the best intentions. It succeeds in revealing what’s wrong and highlighting what you can do about it. It shakes and moves you, which is the mark of a great documentary.

Aftershock is co-directed and produced by Paula Eiselt (93 Queens) and Tonya Lewis Lee. Lee is a vocal advocate for women’s health and the disparities between women of color in the healthcare system. Eiselt had her own birth trauma and is eager to share what she’s learned. To see words and numbers on a topic that has such a profound impact and explore it visually was amazing.

Aftershock follows two grieving fathers who excite action by activists, birth-workers, and doctors to evaluate the U.S. maternal health crisis. According to the dictionary, a crisis is “any event or period that will lead, or may lead, to an unstable and dangerous situation affecting an individual, group, or all of society.” Shamony Gibson and Amber Rose Isaac were beautiful, energetic mothers-to-be whose deaths due to childbirth complications were preventable. Their partners, Omari Maynard and Bruce McIntyre, along with their families, sound the alarm on this crisis. So many women need to see the numbers and hear the stories.

The documentary does a great job of highlighting the importance of community and support. One of the things I appreciated seeing on screen was Black men being vulnerable, sad, and bonding with other surviving Black fathers. The story of the single father is important to show during the conversation of maternal health. Not only does it highlight the Black man as a good father, but it also highlights the Black family unit. So often, Black men are stereotyped when it comes to children that it makes its way into art. It’s time to see these men in a new light and make that the norm. We wouldn’t feel the need to call it out if we saw it more often in society in fact and fiction. The men in this documentary are amazing. They took the worst scenario and did something about it. They turned tragedy into a community learning opportunity.

The Black experience is showcased in Aftershock. The devastating, individual experiences are accompanied by red flags that include critical historical contexts. According to the documentary, there is a long history of exploiting and neglecting Black women in the American healthcare system. In the arresting words of mother-to-be Felicia Ellis, “A Black woman having a baby is like a Black man at a traffic stop with the police.” There is an urgent call for women to pay more attention to their bodies and their health. Not only do we have to worry about our health, but we have to worry about stereotypes and discrimination on top of it.

Aftershock explores the positives of the Black experience as well. So often we hear families say, “It takes a village.” As supported in the documentary, the Black experience is made up of families, activists, and communities. The film implores the audience to see that Black men and women should not be just another statistic. I do wish the documentary had showcased more women giving birth in a hospital setting and a birthing center to get a more well-rounded perspective of what could go right when you and your doctors pay attention and do what needs to be done.

The most joyous thing about this documentary that brought actual happy tears was seeing a healthy Black woman give birth to a healthy baby. It wasn’t your Grey’s Anatomy scene, nor was it your high school science birthing video. It was beautiful, emotional, and something I am so thankful I got to see from this perspective.

Maternal health is not something you tiptoe your way into or over. It is an important conversation regardless of race but extremely important to talk about in communities of color. Although while watching Aftershock everything felt very doom and gloom, when it was over, I felt empowered, more knowledgeable, and ready to spread the word. I’m hopeful that other viewers will feel the same.