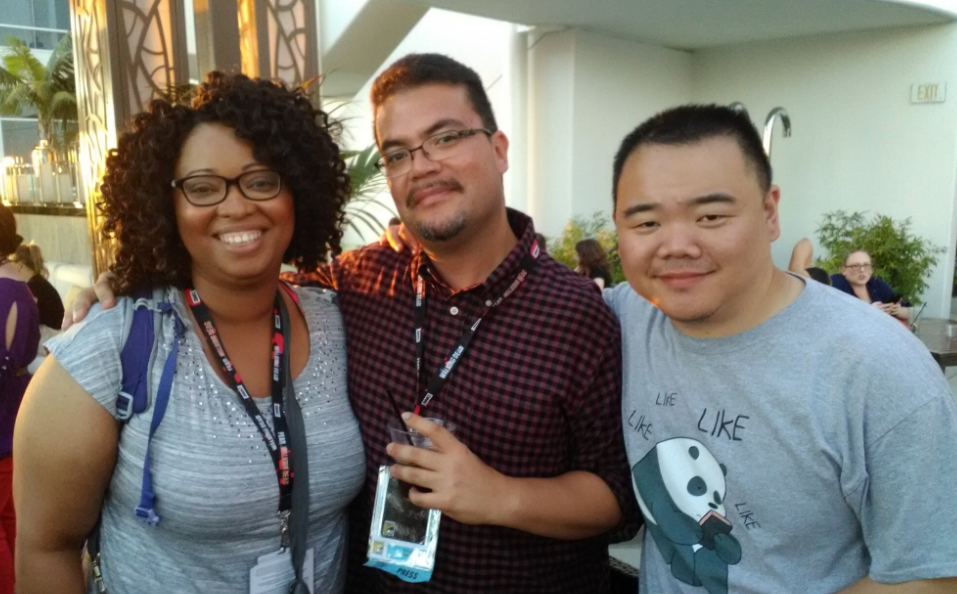 Our first year took place in San Diego in 2015 at the Grand Hyatt.  We had a small intimate crowd, that consisted of comic book writers, fans of BGN and NOC, and a new filmmaker that just finished wrapping up a small movie called Creed that you may have heard of.  Now he’s making some movie called Black Panther or something like that.  I met some new friends, forged some great connections and learned from my colleagues Keith and Arturo that this was something we need to make as an annual event.  The same year, I went solo and hosted a Black Girl Nerds meetup at New York Comic Con, and did it all over again in the city that never sleeps.  This time we drew a larger crowd, but at a smaller venue. We booked our event at the Pioneers Bar in the Chelsea section of Manhattan.  There were some hiccups here and there with the use of the space, but overall everyone who attended had a fantastic time.  Our celebrity guest who stopped by on this meetup?  None other than American Gods star Orlando Jones.  He blended in so well with the crowd playing Jenga and just casually hanging out like he was one of us!

The following year was officially the 2nd Annual BGNOC meetup back in San Diego.  We changed our venue from the Grand Hyatt to the Pool Club over in Hilton Bayfront.  This was an open space that oversees the bay and has a pool!  Our crowd increased once again in size and it brought in everyone from TV writers to comic book artists, to academics and more!  That same year in 2016, Keith and I planned a venue at Bowlmor Lanes in Times Square. 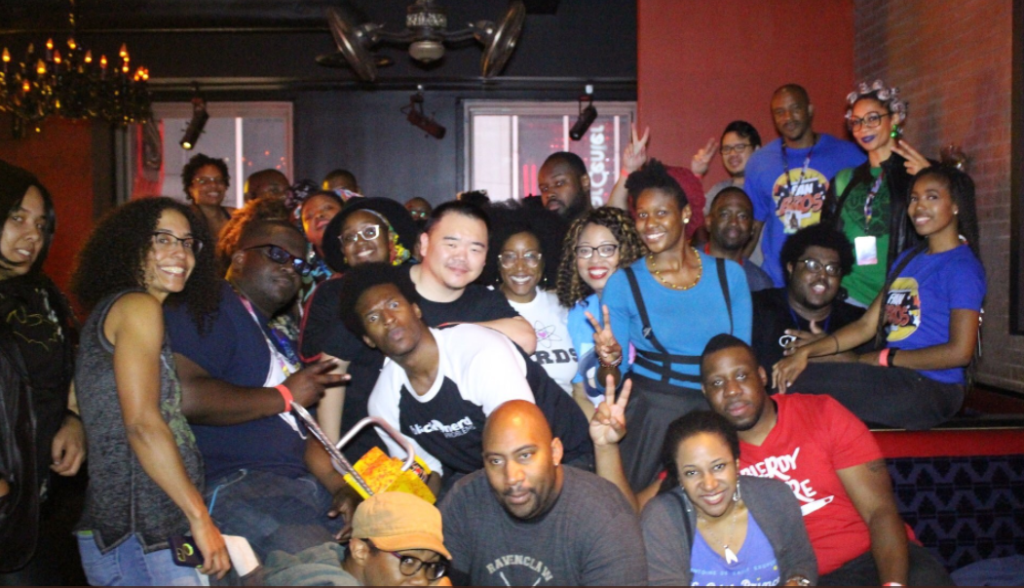 For the first time, we charged a cover to attend the meetup.  The reason for doing this was because of the use of bowling lanes as well as the space to keep it private for just our party.  In spite of charging a cover; we had a pretty good turnout and everyone was pleased with the event.

That brings us to this past weekend at SDCC celebrating the 3rd annual BGNOC meetup back at The Pool Club inside of the Hilton Bayfront.  This year was amazing and we were pleased to see Parisa Fitz-Henley of Midnight, Texas stop by and say hi.  What was beautiful about this meetup as well were the repeat attendees from previous meetups. One example is Jon Tsuei who’s a comic book writer (Run, Love, Kill and Bitch Planet Triple Feature) has been an attendee of the San Diego BGNOC meetup for the last three years.

The Black Girl Nerds of Color Meetup added Racialicious in year two which is the Arturo Garcia arm of the meetup.  Seeing a representation of Black, Asian, and Latinx come to a safe space where they feel comfortable around fellow geeks of color makes a difference and is incredibly important.  It’s not only that contingent of folks that come out to our meetups either, people of all different nationalities participate and yes, white people show up and show out too.  This has never been promoted as an exclusive event but is meant to serve as an event for by and for people of color who want fellowship and network with other marginalized groups as friends, fans, business partners, or just someone to geek out with for a few hours.

Next year, we plan to head back to the Pool Club in San Diego and we’re getting ready to start planning for New York Comic Con coming up shortly.  What I would love to see in our near future is sponsorship of these meetups.  Although each of these meetups on the front end has been successful and everyone who showed up had a great time, on the back end, there have been some bumps here and there because we share the space and don’t rent them out.  Keith, Arturo, nor I have the budget to rent out the Pool Club or any other venue to make this space private and exclusive for our group.  I would like to see the BGNOC meetups be a space where we can have cool door prizes, an open bar, and some special celebrity guest hosts.  Anything is possible!  If you like this post, I encourage you to spread the word about it, and if you know of anyone whether it’s a private individual, small business, or corporate entity that wishes to sponsor our future meetups; please have them contact jamie@blackgirlnerds.com.  As the communities of BGN and NOC continue to grow, a higher demand will be expected of the meetups.

Our hope is to exceed those expectations.