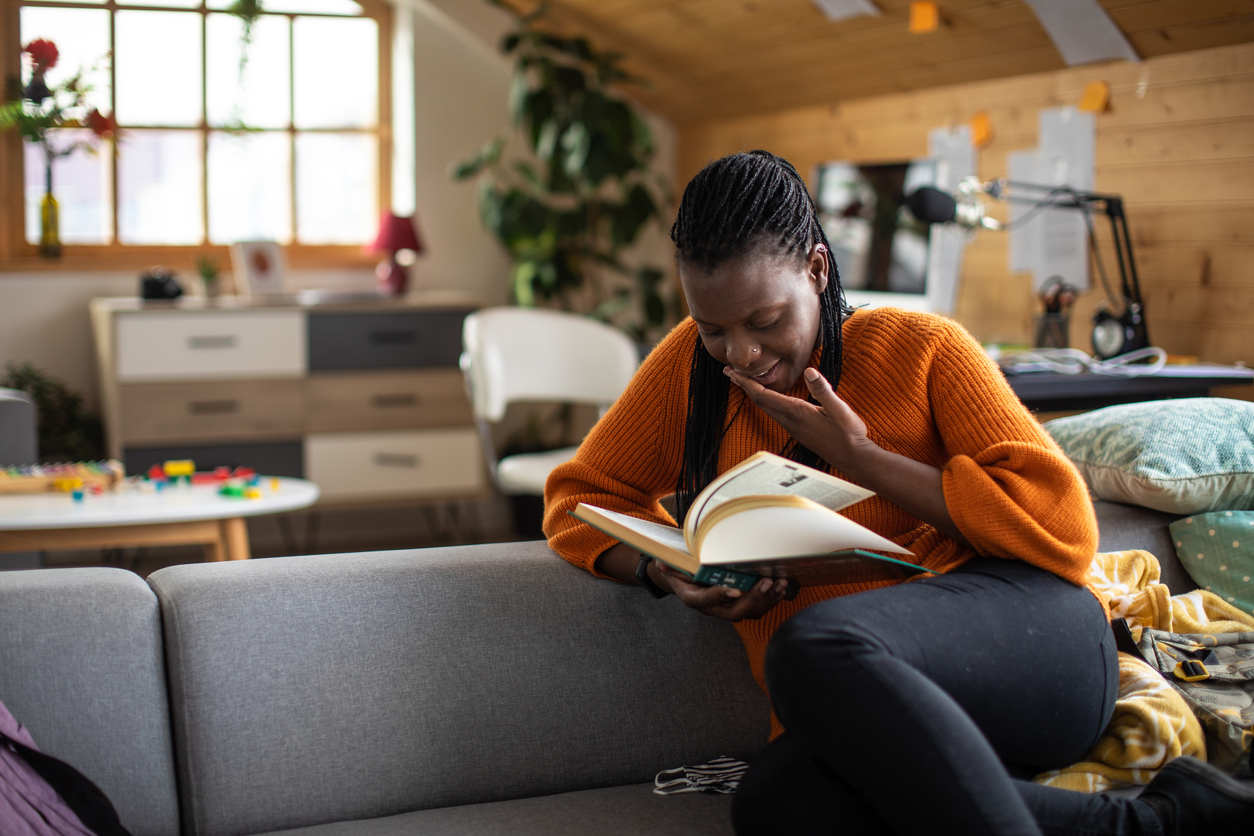 What I’ve learned in the last two and half years is that two things can be true at the same time. There is an outright war against Black women that challenges America’s opinion of itself, and we’re also living in a time to redefine what American society can and should look like.

Black feminists are making tremendous offerings in the culture right now. Scholars and writers like Patricia Hill Collins, Joan Morgan, and the late bell hooks have long understood that oppression and injustice are perpetuated through cultural practices and law. At its core, Black feminism is an ideology of liberation rooted in Black women’s experiences. Black feminist theory is now a central part of how we all make sense of the world.

Among the fruitful work available on Black feminism, these five books stand out for me. They also share two common themes: a celebration of marginalized Black women and the rejection of respectability politics.

If you’ve ever had the privilege of hearing Angela Davis speak, then you’ll want to devour this book. It’s like hearing her drop gems. It takes a deep dive into abolition and how it continually shapes how this country moves politically. Also, how abolition is our best defense against endemic forms of state and interpersonal gender and sexual violence. It’s an important genealogy of abolition feminist movements, including Rosa Parks’ anti-rape work that incorporated an analysis of state violence.

Her work pointed out similarities in reformist efforts to build new jails that showed up in the 1930s with the opening of the New York Women’s House of Detention. It uses the same language used in 2019 with the plan to build new borough-based jails. The authors remind us that our abolition feminism must be anti-capitalist. It must continue to document many campaigns, collectives, tools, and resources that have sought to do just that. It’s an incredible archive that reminds us that we are always building on the work that came before us.

The Sisters are Alright

The Sisters are Alright exposes America’s historical and ongoing contempt for “the sisters.” She directly identifies stereotype after stereotype, from whitewashed beauty standards to the angry-Black-woman clichés, and calls for the humanity of Black women. The book is tough reading because Harris has collected all the headlines, criticisms, and biased studies that have been hurled at Black women over the years. It makes you wonder how any of us survive.

Yet, I believe that is the point of this book. In general, Black women are doubly burdened with racial and gender discrimination. When we show up in the world, we are often seen through a veil of negative stereotypes. This limits our opportunities in education and employment, threatens our health, and makes it difficult to even receive help.

Harris describes the deadly consequences Black women face. This includes examples like the Detroit homeowner who shot Renisha McBride in the face when she knocked on his door to get help after a car accident. I wouldn’t say that this is an uplifting book. It’s Harris’ rejection of all the notions and labels that society places on Black women. Truth can sometimes be a hard pill to swallow, but it must go down.

In 2013, Zeba Blay was one of the first people to coin the viral term #carefreeblackgirls on Twitter. It was, as she says, “a way to carve out a space of celebration and freedom for Black women online.” This is a collection of essays on the “carefree Black girls” we identify within society and pop culture. So, artists like Lizzo, Cardi B., Beyonce, and Nicki Minaj make appearances. I found this to be a beautiful collection of essays that explores the images and depictions of Black women and girls throughout our culture.

This book tackles subjects like racism, colorism, fatphobia, mental health, sexuality, and what it truly means to be a carefree black girl, or if this is even possible. Blay also includes her personal thoughts and experiences and how they relate to these subjects. This book is not groundbreaking; these subjects have been explored before. The difference is that it is one of the more honest works on these subjects.

I saw a lot of my own experiences reflected in Blays. I’m sure that I won’t be the only one. This was moving and timely. I loved it from the beginning to the end. Blay writes with so much insight and introspection that I could not help but nod in agreement as she spoke about feelings I’ve had about my own body and life.

Bailey first coined the term misogynoir in 2010. She defines it as the ways anti-Black and misogynistic representation shape broad ideas about Black women, particularly in culture and digital spaces. The book is very research-heavy and definitely takes on an academic approach. There is a lot to digest. But Bailey’s work surrounding racial and gender justice for Black women makes this book a must-read.

It allows readers to learn about Black women, non-binary, and agender people’s digital activism by creating an archive of what’s been done so far, what could improve, and what is yet to be done overall. She also discusses how police Black men to even Black masculine-of-center women perform actions that can damage the view of Black women. It’s a heavy read, but it’s enlightening. It’s an important piece of work that deserves to be read.

Collins uses her personal and intellectual experiences to confront how Black women’s thoughts are misrepresented or excluded within mainstream epistemology. In the book, Collins states that: “Black women’s experiences have never fit the logic of work in the public sphere juxtaposed to family obligations in the private sphere.”

The assumption that all women experience public and private life in the same way is challenged by Collins. She provides a clear picture of how race and class affect personal and public experiences. She speaks on the importance, as a form of resistance, for marginalized groups of women to have space to be heard and to reclaim and define their own knowledge about themselves.

An example of this is the Beyoncé visual album Lemonade. The song Sorry can be interpreted as an unapologetically Black refusal of the traditional male domination, and Formation can be a metaphor used to call women to come together. There are common experiences that groups of women share, and they must have a platform on which to understand and interpret themselves.

This reading list will certainly help educate on the intersections of race, gender, and sexuality, and introduce foundational concepts that sparked larger movements. These books have richness, beauty, as well as knowledge for Black women.