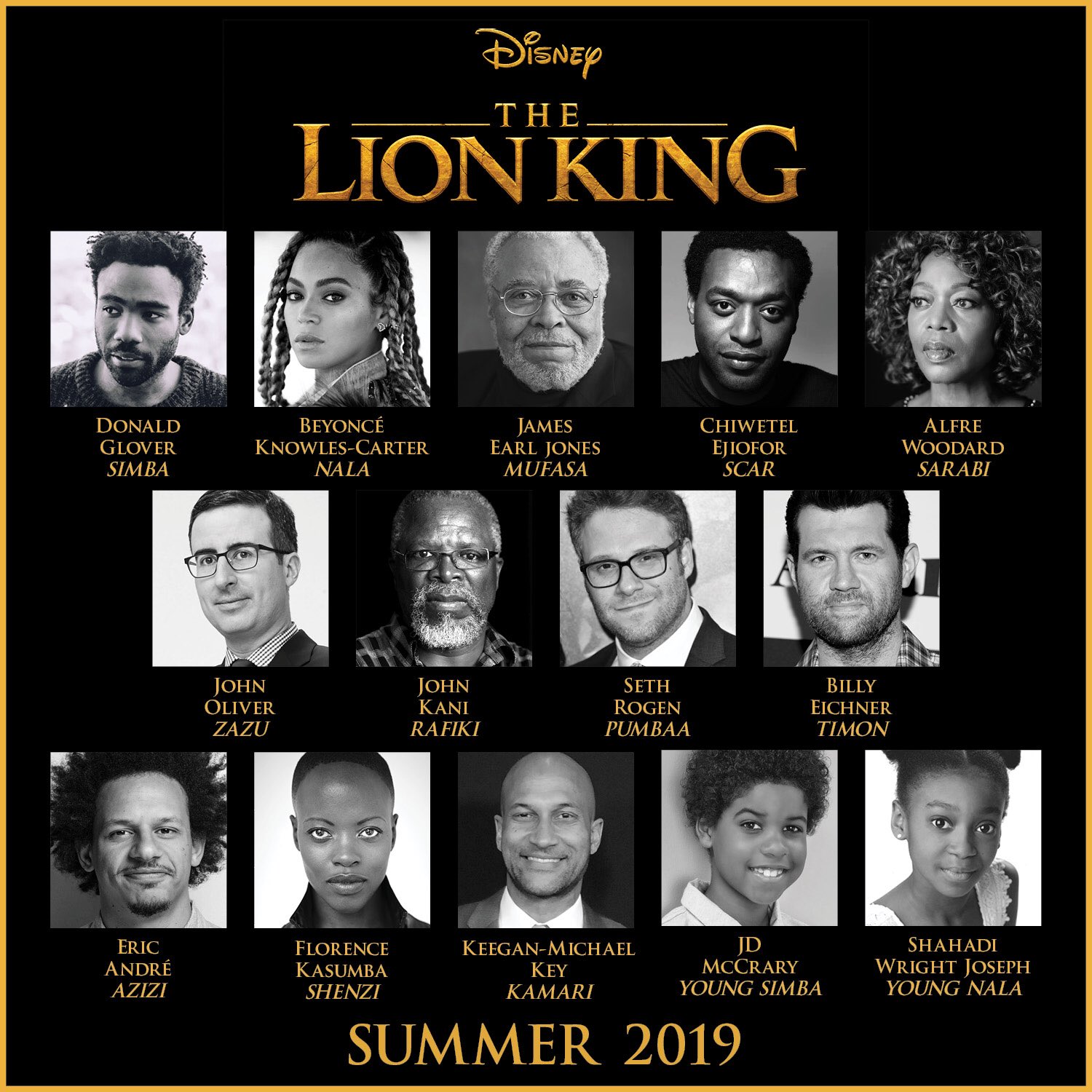 Oh I just cant wait for King Bey. This evening, Disney Studios’ official twitter account announced the full cast of their live-action The Lion King. Over the months, we’ve received casting announcements for the characters, but no casting was rumored more than Beyoncé as Nala. With this announcement of her casting, the rumors are finally confirmed! There’s still the question of whether she will lend her talents to the soundtrack, but Disney is probably holding that answer for another day.

Also rounding out the lineup of characters is Eric André as Azizi, Florence Kasumba as Shenzi, Keegan Michael Key as Kamari, JD McCrary as Young Simba, and Shahadi Wright Joseph as Young Nala. The rest of the cast has been announced gradually over time.

The Lion King will be directed by Jon Favreau hit theaters in the Summer of 2019.

This will be our mood for the rest of the day:

From Disney Live Action, director Jon Favreau’s all-new “The Lion King” journeys to the African savanna where a future king is born. Simba idolizes his father, King Mufasa, and takes to heart his own royal destiny. But not everyone in the kingdom celebrates the new cub’s arrival. Scar, Mufasa’s brother—and former heir to the throne—has plans of his own. The battle for Pride Rock is ravaged with betrayal, tragedy and drama, ultimately resulting in Simba’s exile. With help from a curious pair of newfound friends, Simba will have to figure out how to grow up and take back what is rightfully his. The all-star cast includes Donald Glover as Simba, Beyoncé Knowles-Carter as Nala, Chiwetel Ejiofor as Scar, James Earl Jones as Mufasa, Billy Eichner as Timon and Seth Rogen as Pumbaa. Utilizing pioneering filmmaking techniques to bring treasured characters to life in a whole new way, “The Lion King” roars into theaters on July 19, 2019.