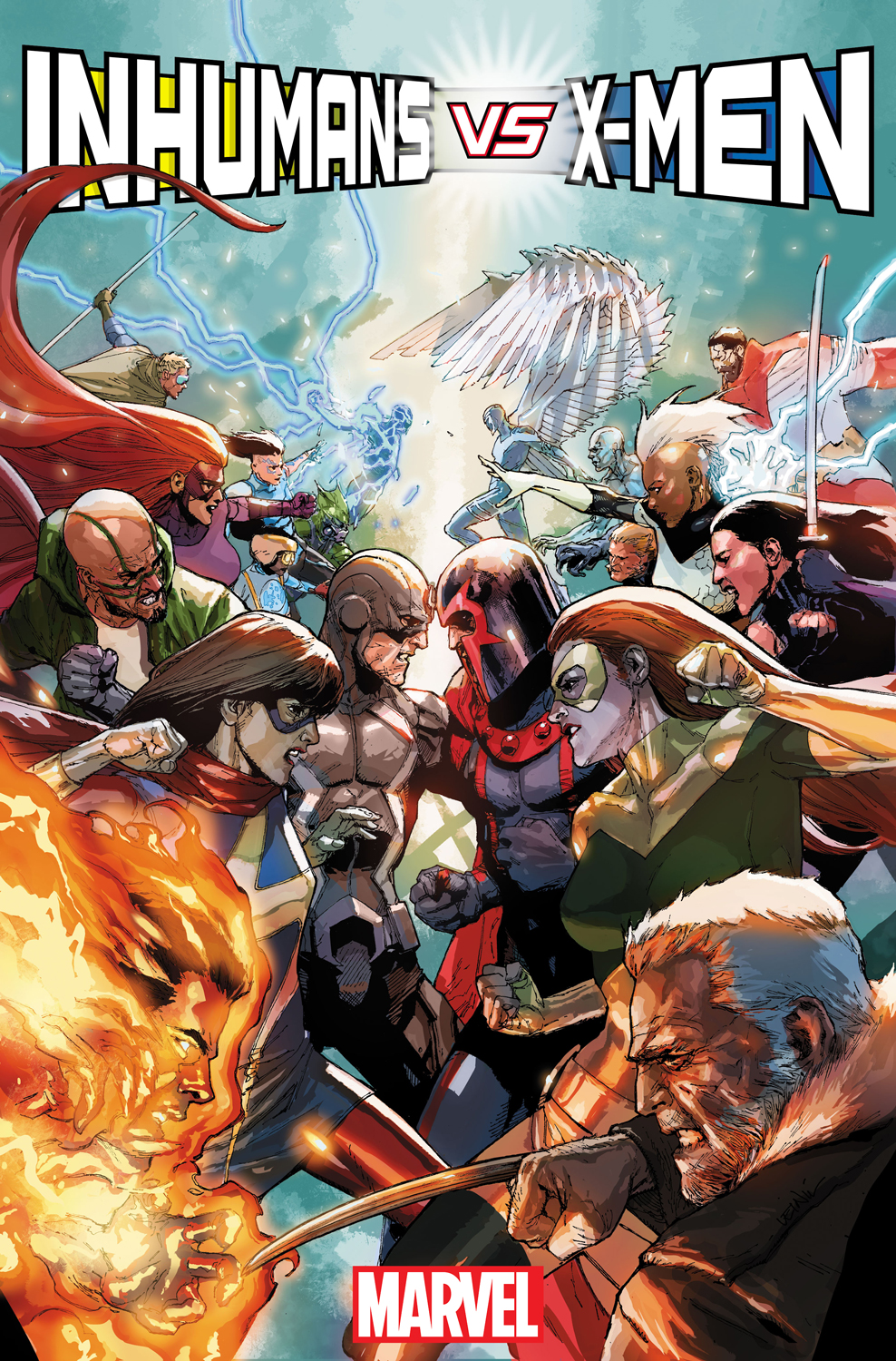 *Spoilers ahead if you haven’t read the Death of X series.

The book opens with Dr. Hank McCoy aka Beast, speaking at the grave of Cyclops. He knows his old friend cannot answer him, but it doesn’t stop the genius from feeling a moment of comfort. He needs to get something off of his chest before he brings it to the team- the news is devastating and for once, he has no plan or solution. Beast is simply at a loss.

When he returns to the X-mansion and is joined by the leaders of the various X-teams such as Storm, Magneto, Rogue, Logan, and Forge. They’re even joined by the familiar face of Emma Frost- who is none too happy with the Inhumans, specifically Black Bolt (see Death of X series).

As Beast tries to convince his teammates that the remaining cloud cannot be destroyed, and a fight between Inhumans and mutants would surely prove fatal for many of them between potential contact with the cloud and the sheer might of the Inhumans alone, he is met with displeasure.

Emma Frost disagrees with Beast’s assessment of the situation and feels it is weak of them to not attack the cloud and the Inhumans if necessary.

Storm, forever the voice of reason, suggests that they all take a vote to come to a fair conclusion. Needless to say, Beast’s idea to potentially move off-planet to avoid the Terrigen Mist loses before everyone has even had the chance to vote.

As Beast doesn’t want the truce between the X-men and Inhumans to be broken, he tells his friends he cannot stand for this and it about to march out and tell the Inhumans about the X-men’s plans, but he is suddenly stopped by Storm who reveals the plan that Emma and Magneto share was hers as well.

The X-men go forth with their plan and end the truce between both parties. Either team’s defeat will mean extinction for the other, so this war may be one of the most significant battles of the Marvel universe.

Leinil Francis Yu’s artwork beautifully flows from pages to a page with great movement and detail. This, paired with Charles Soule’s storytelling, makes for a great book.

It’s an exceptional start for the Inhumans vs X-men series and I cannot wait for what the upcoming issues have in store.

And I know it may be a little too early to say this, but I’m definitely #TeamXmen on this one!

Inhumans vs X-men #1 is in stores now.