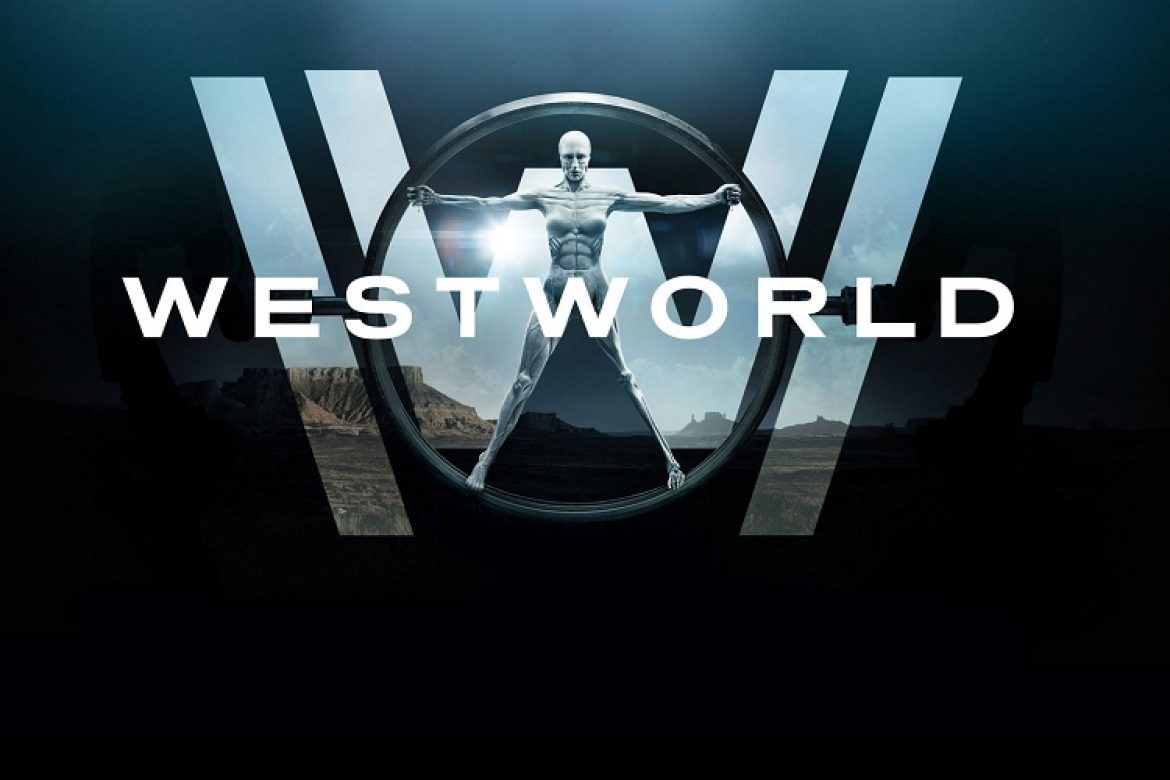 Welcome to Westworld, an adult theme park for the rich to act out their vilest rape and murder fantasies. Or is it? From the jump, Westworld’s second season begins dismantling all the major plot set-ups from the first. From the goals of the self-aware robots to the actual purpose behind the park, nothing ends up as what we expect them to. These twists in the narrative bring a level of reality to the show. It’s a show that previously focused on exploring the depths of human depravity when said humans are given carte blanche to act out terrible things without consequences for that violence.

But as it turns out, Westworld is far more than sexy robots and murder vacations. In fact, at its core, Westworld is like literature. It explores the stories we tell ourselves, the stories we let other people tell about us, and ultimately seizes the power to tell our own tales on our own terms. 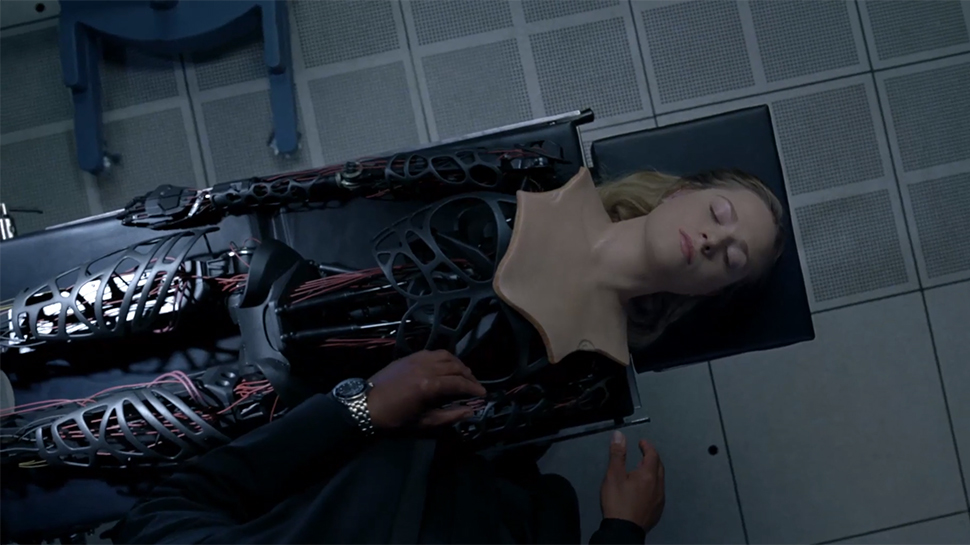 As Manuel Betancourt wrote for Electric Literature, “Westworld is really about the power of reading.” At one point Westworld’s creative director Lee Sizemore (Simon Quarterman) admits to self-plagiarizing the park’s narratives in order to save time. William (Ed Harris) places his Westworld profile inside a copy of Vonnegut’s Slaughterhouse Five. “I’ve found a new voice,” Maeve (Thandie Newton) says as her ability to control the other androids grows. “And now we use it.” By the final episode of season two, it’s clear that the showrunners Lisa Joy and Jonathan Nolan are actively and openly playing with the idea that books and the power of storytelling are what drive this tale.

“We are the authors of our own stories now,” says Dolores (Evan Rachel Wood) as she puts her plan for freedom into proper motion.

Who better to tell their own stories but the marginalized, oppressed, and tortured android women we watched perpetually abused in season one? From sexbots to agents of change and chaos, in particular, the women of Westworld have an unusual and powerfully feminist narrative shift from season one to season two.

Of the many things that disturbed me about season one, the worst was the disparity between the sexual objectification of women and men. It’s evidenced by two times more incidences of female full frontal than male when hosts are of equal male/female numbers. That troubled me the most. I’m just so tired of women’s bodies being sexually exploited in this way. At this point,  it’s just lazy production value.

I disliked the first season of Westworld so much that I almost didn’t watch the second. But I’m glad I powered through because season two couldn’t be more different from season one. In fact, the incidences of male full frontal, including one main male lead, far outnumber those of women. And none, zero, zip, zilch of the main women do any nudity at all this season. I’ve started to wonder whether the presentation of sexual objectification in the first season was a built-in social commentary to create a foil for all of the second season’s narrative departures. 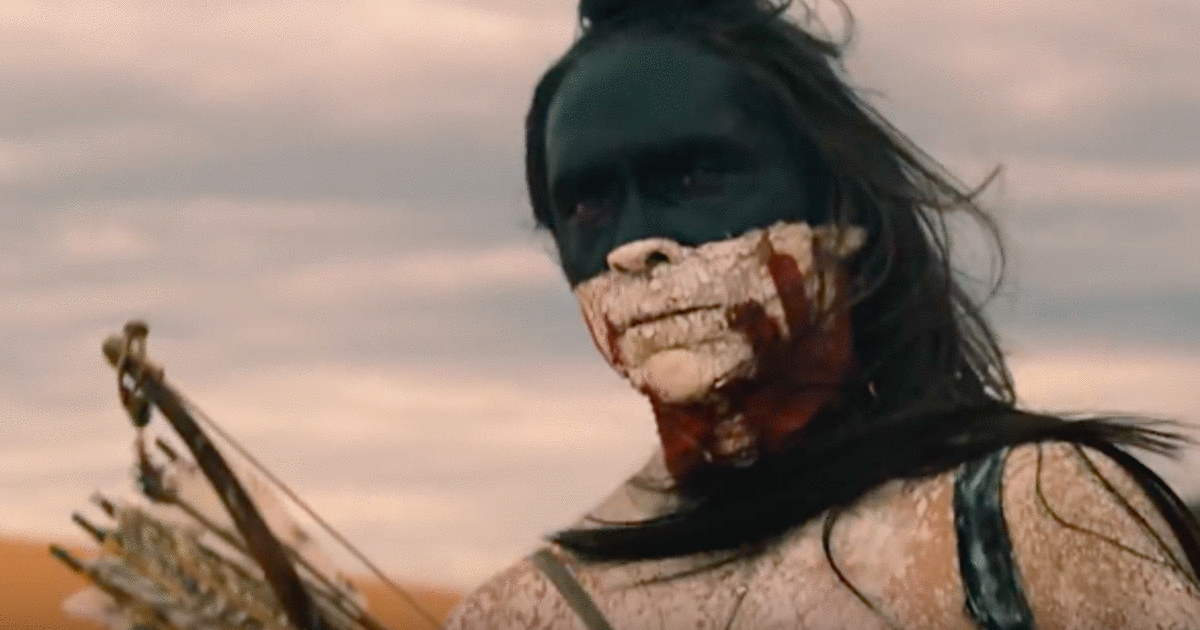 Listening to showrunners Lisa Joy and Jonathan Nolan talk about the show in HBO’s peeks behind each episode leads me to believe that their intentions are pure when it comes to their own narrative choices. This is especially true when it comes to presenting and dismantling stereotypes and tropes. How else could they have produced the spectacular episode seven “Kiksuya” featuring Zahn McClarnon’s powerhouse of a performance as Akicita?

That hour overflowed with such compassion for the Native American struggle and the decolonization process, humanizing the fictional Ghost Tribe in a way that’s incredibly rare for any Western-pertaining story. McClarnon’s Akicita was beyond brilliant. The humanity, the pathos, the ferocity of his response to learning about his colonization and his steps to break out is a kind of manifest. A visual treatise. A call to arms. A call for liberation. 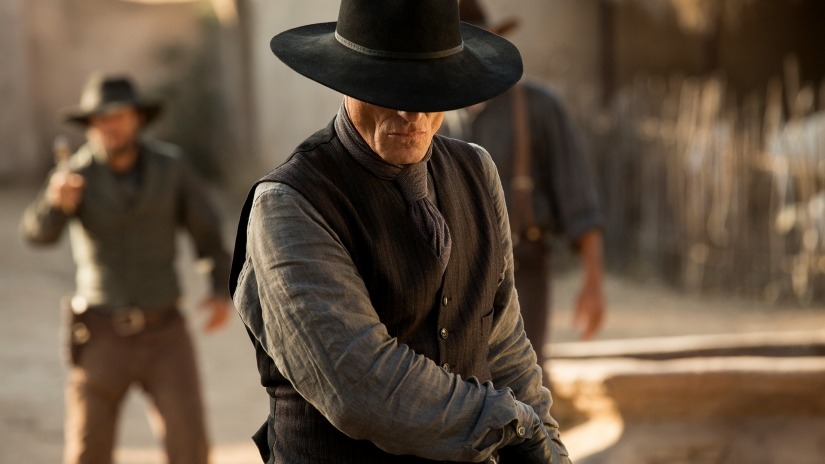 And yet, I can’t help but think of all those viewers who are ideologically closer aligned to The Man in Black who would not approach the extreme violence against women and people of color as anything other than titillating. There’s always a danger zone when it comes to presenting stereotypes, even if it is to take them apart, that risks feeding into the original belief if not done properly.

Did the show manage it? I’m not sure. Because the stereotypes they offered are still stereotypes, and not all of them were dismantled. The scenes in IndiaWorld are a straight-up racist colonial fantasy with no undoing at all. That oversight gives me a big pause.

But in spite of its problematic areas, Westworld is still a profound exploration of the fundamental self, free will, and identity that by the end of season two actually has me questioning the nature of my own reality. The “Kiksuya” episode, in particular, cracked my heart and creativity open in a way that I haven’t experienced in years.

For all Westworld’s faults, I will never forget that the show’s creators gave us such a gift in those 60 minutes onscreen that was so haunting, honest, brutal, and beautiful my eyes overflow each time I watch it. I’ve watched it eight times already, and each time I do I feel something shift further in my consciousness and soul. It’s painful but feels like a necessary metamorphosis. 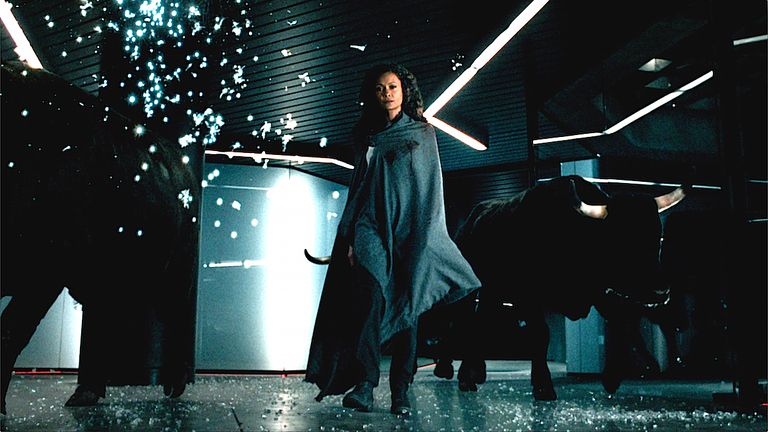 Like the arduous journeys Dolores, Maeve, Akicita, and company go through in their quest for the Valley Beyond, Westworld isn’t a show primed for bingeing. If you haven’t seen it, you need to watch season one at least twice before beginning the second. And as you go through the second, you really need to periodically go back and start from season two’s opener. Doing so will keep putting the puzzle pieces in place and picking up all the details in production, script, and character development leading up to the finale.

The production value is truly marvelous. I also recommend taking a few days between each episode to let it fully sink in. The time commitment is enormous, but might be worth it if you’re able to stomach the targeted violence and look beyond it to the deeper philosophical themes in play. The payoff in Westworld’s final episode of season two was epic and by the end I really felt like I’d earned a place there myself. Remember, Westworld is inspired by literature and requires time and study.

I never would have expected a show that opened up peddling in racist and misogynistic stereotypes of the American “wild” west and sexually exploiting the female body would in the end turn out to be a story about the redemptive power of love, survival, and ultimately decolonizing the self. This isn’t a show about robots at all. Westworld is about what makes us human, and also what makes us monsters. Redemption is what follows.

Sezín Koehler is a biracial Sri Lankan American horror novelist whose writings have been featured on Wear Your Voice, Bitch Magazine, Teen Vogue, Broadly, Ravishly, The Mary Sue, Huffington Post, and more. You can find her Tweeting about politics, Facebooking about writing, and Instagramming her growing collection of art and tattoos.