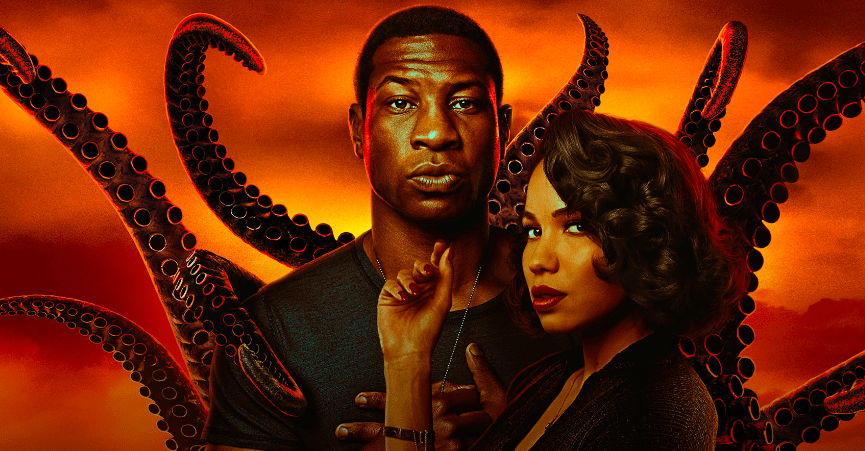 TV showrunner and executive producer Misha Green previously graced us with the compelling WGN series Underground — an adventurous tale chronicling the story of the Underground Railroad — now she’s returned with a drama series about a new kind of journey in Lovecraft Country.

Scheduled to make its debut on HBO in August, Lovecraft Country follows the thrilling journeys of Atticus Freeman (Jonathan Majors), his friend Letitia (Jurnee Smollett) and his Uncle George (Courtney B. Vance) across 1950s Jim Crow America as they overcome the racist terrors and terrifying monsters ripped from an H.P. Lovecraft novel.

It is the latest in modern Black horror films that break new ground in the horror genre. And as you may have already guessed, Jordan Peele is attached to this project as well as the master of contemporary Sci-fi J.J. Abrams.

The series is adapted from Matt Ruff’s book of the same name and follows the character Atticus Freeman, in search of his missing father (Michael Kenneth Williams) who embarks on a strenuous journey to survive and overcome both the racist terrors of white America and the terrifying monsters. White America and terrifying monsters are all too familiar right now even in 2020. What Jordan Peele did with Get Out, turning racism and even racial microaggressions into a new genre of horror — Lovecraft Country could quite possibly raise the bar with its 1950s Jim Crow backdrop.

Actor Aunjanue Ellis (Hippolyta Black) defined the journey the characters go on as a Green Book, based on a real-life map that gave an outline of places that were safe to eat, hotels to stay, and places that were safe for Black citizens in a segregationist America. Actor Courtney B. Vance elaborated further by saying, “We are mapping our new territories in the Green Book.”

This sets the stage for the events of what is to come as there is an ongoing discussion of the dangers of the road. “It’s a precursor of what’s to come in our relationship,” says Vance.

However, in the midst of danger, there’s also romance. Moderator Sarah Rodman points out the Black grown love in this series depicted by actors Vance and Ellis. Michael Kenneth Williams (Montrose Freeman) jumped in and added his two cents about the level of Black love and spooning. “There is something beautiful about grown Black love.”

Jurnee describes her character as someone estranged from her family and there is this resentment because she’s trying to find her tribe. Lovecraft Country is a sci-fi horror/thriller and when asked what films inspired them, Michael jumped in and stated he was a fan of The Twilight Zone. He also mentioned he liked Friday The 13th and Freddy Kruger.

Abbey Lee (Christina Braithwhite) plays the sole daughter of the leader of a secret order known as the “Sons of Adam”. She describes her character as “an agent of chaos” and the white antagonist. “She represents the oppressed white woman also exercising her white privilege and the Karen we hear about today,” says Lee.

Courtney also shared some kind words about TV showrunner Misha Green, crediting her for creating a family environment on set in its organized chaos.

The panel took an emotional turn when Courtney asked the following question: “At what point is a ‘yes sir or yes ma’am’ yourself out of a situation enough?” This question was in response to how Black Americans interact with law enforcement. It was at this point that panelists began to share their own personal stories of racial injustice. From Courtney B. Vance being racially profiled in his own predominately white neighborhood to Michael K. Williams having the police called on his friends because a white woman was scared of him after she lost her phone. The moderator herself almost came to tears when she herself said she had an interaction with the police.

“This story is a visceral connection to the oppression of our people,” says Jurnee.

Lovecraft Country is already opening up a dialogue about race, systemic oppression, and white privilege just on this comic-con panel. Although this show is a fictional thriller with sci-fi elements, the themes are very real. Jonathan Majors said it best, “The demonic spirit that’s entering [in this story] is racism.”

And Courtney B. Vance ended the panel by saying, “Watch out, we got something on Game of Thrones”.