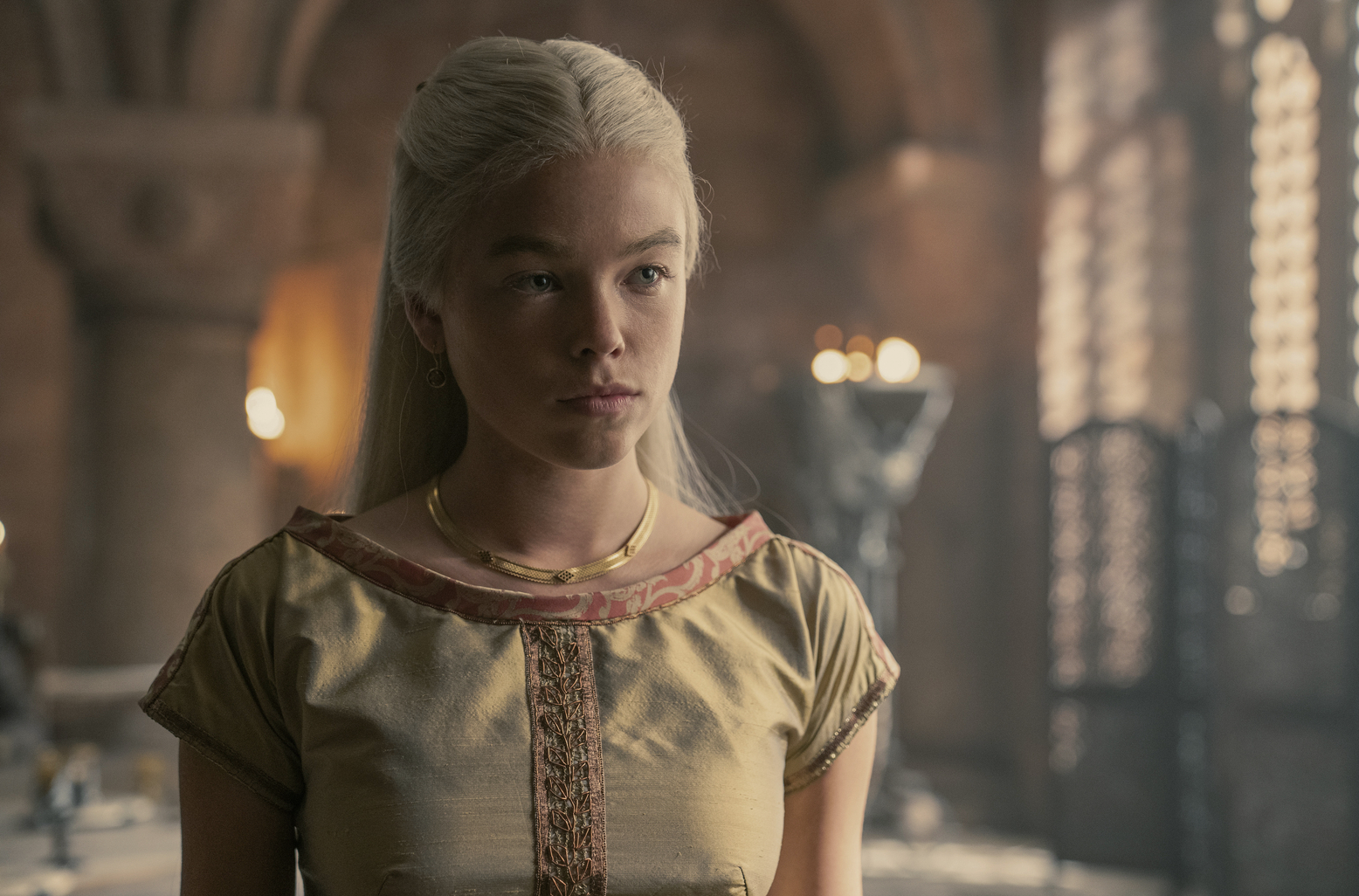 It’s been awhile since I’ve done a recap for the Song of Ice and Fire Universe, and boy am I excited to dive into tonight’s pilot episode of House of the Dragon, aptly titled “The Heirs of the Dragon.”

For 60 years, King Jaehaerys (Michael Carter) reigned in peace and prosperity over his people in Harrenhal. However, when his sons died, his succession was deeply threatened. It is now the year 101, and the great king has called a council to choose an heir to the throne.

The selection comes down to two. Princess Rhaenys Targaryen (Eve Best), the king’s eldest descendant, and her younger cousin Prince Viserys Targaryen (Paddy Considine). Now, keep in mind that although Rhaenys is the oldest, she is a woman and Viserys is a man. Her gender keeps her from inheriting the iron throne.

The lords chose Viserys, and he is named king by Jaehaerys. To set the stage for this episode, we’re now 9 years into King Viserys’ reign, which is 172 years before the death of the Mad King Aerys and the birth of his daughter Princess Daenerys Targaryen.

The first dragon we meet in Episode 1 is Syrax, belonging to young Princess Rhaenyra (Milly Alcock). Rhaenyra greets her very pregnant mother Aemma Arryn (Sian Brooke). Rhaenyra is not pleased by the condition her mother is in, to which her mother replies that childrearing in and of itself is its own battlefield. Rhaenyra much prefers to be a knight than to be a provider of an heir. Her mother then sends her off to bathe since she reeks of the scent of dragon.

The next scene transitions to the Tower of the Hand, and we meet the Small Council. These scenes are going to be the notable moments of House of the Dragon where executive decisions are made and allegiances are challenged. We meet Lord Corlys Velaryon (Steve Toussaint) who is concerned over the threat of an impending enemy by the name of Craghas Drahar, also known as the “Crabfeeder” due to his unique method of torturing his victims.

The throne is on shaky ground once again as there is still uncertainty of what sex the child will be. Viserys is certain the Queen will have a boy, while his council insists there’s no way to be sure. Rhaenyra meets with Daemon Targaryen (Matt Smith) and the two are on screen for the first time speaking in high Valerian. We see that these two have a close kinship (far removed from the tempestuous sibling rivalry we are familiar with between Daenerys and her brother Viserys).

Daemon gifts Rhaenyra with a necklace made of Valerian steel, which seals not only their close-knit relationship but their bloodline. House of the Dragon takes us back to the godswood as Rhaenyra and a young Alicent Hightower (Emily Carey) sit under the weirwood tree. Rhaenyra would much prefer to fly dragons and eat cake than care about being an heir to the throne. This opinion is off-putting to Alicent, and she finds that Rhaenyra still has some growing up to do.

It appears that King Viserys has some sort of skin disease, and the Hand of the King Otto Hightower (Rhys Ifans) wants it kept quiet. Cauterization is suggested as a form of treatment.

Prince Daemon decides to lead an army to raid King’s Landing. Apparently the people he decided to maim and torture were criminal elements of the city since he is the commander of the City Watch. Daemon makes a public spectacle during the event — men are brutally beaten and maimed. But let’s be honest, Daemon is sending an awful message as well in this moment of terror.

Soon after it’s over, the Small Council meets back at the Tower of the Hand for Daemon to answer for his irresponsible actions. His arrogance is on full display, and he is unapologetic for being crass at how he handles governing the City Watch. He spars back and forth with Otto, who tries to put him in his place, and strikes a nerve when he brings up Otto’s late wife. Viserys steps in to turn the temperature down and has Otto cool off.

While Daemon is participating at the Tourney, Queen Aemma is giving birth. However, the birth is not going well, and it appears that King Viserys has a heavy decision on his hands. The baby is in breech. In those days there were few options for delivering breech births, and Viserys must decide whether to cut open Aemma, which will cause her to bleed out and die — but will save the baby — or to allow the baby to be stillborn in her womb. As much as he loves Aemma, his sights are set on protecting the throne and making certain he has a male heir, so he chooses the former. Aemma dies and the baby is born.

The baby is a male, and he has his heir. Sadly, the life and celebration of a male heir is short-lived as Rhaenyra’s little brother dies shortly after he is born. Meanwhile, back at the tournament, Rhaenyra tosses a bouquet of flowers for good luck to a Dornish man by the name of Ser Criston Cole (Fabien Frankel), who she has her eye on, and it appears the feeling is mutual. The following scene is the funeral of both Aemma and her son Baelon Targaryen, who died only 24 hours after he was born.

The council has a meeting to discuss the obvious issue at hand, which is the succession of the Targaryen line. Lord Corlys Velaryon wants Daemon to be named successor, and Otto Hightower (who doesn’t like Daemon) prefers King Viserys to name someone else and names Rhaenyra as someone to be considered. She is, after all, the sole heir to the throne.

Alicent visits her father Otto in his office, and he asks her to give comfort to Viserys in his private chambers. He additionally asks her to wear one of her mother’s dresses. This is an obvious ploy to get his daughter Alicent on Viserys’ good side so that he possibly may have a romantic interest in her. We’ll see how this plays out.

Daemon (much like Tyrion in Game of Thrones) prefers spending his free time in a whorehouse instead of comforting his brother during his darkest hour. The irony in this scene between the two characters is hard to ignore.

Daemon confronts his brother Viserys, and we find out that he resents the fact that he was never appointed as Hand of the King. Viserys is angered by Daemon, and, with righteous indignation, he says that he has appointed a new heir. Viserys orders Daemon to return to Runestone with his lady wife at once.

And in a shocking twist, at the end of the episode, King Viserys names Rhaenyra the heir to the iron throne. This, of course, will set off a series of dramatic events for this season.

Tune in with us every Sunday night at 9pm ET on Twitter using the hashtag #DragonsYall as we live-tweet each episode this season! You can watch the broadcast on HBO or stream it later on HBO Max.