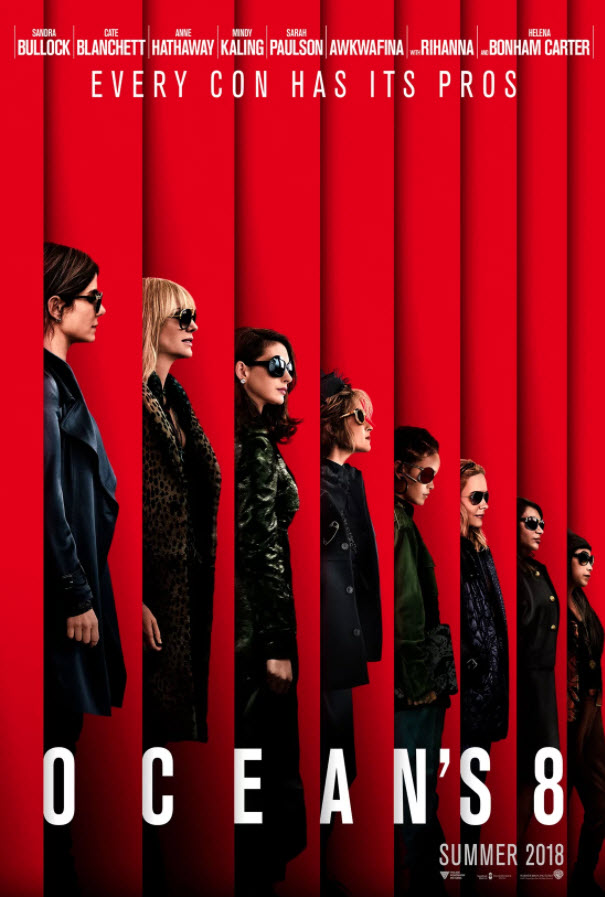 The trailer for Ocean’s 8 is out and it looks amazing. We start with Debbie Ocean, Danny Ocean’s sister, getting out of jail on parole. She promises she wants to live a simple life, and then almost immediately hooks up with Cate Blanchett’s character to plan a new heist.

During the rest of the trailer, she picks up various members to fill her crew. Mindy Kaling’s character is a jewelry forger. Rihanna is a hacker called Nine Ball. Awkwafina is a street hustler thief. Helena Bonham Carter works in fashion. Sarah Paulson is a reluctant mom who comes on board when she finds out how big the score is. And what a score it is. The heist is to steal Anne Hathaway’s necklace at the Met Gala, a necklace which is valued at $150 million. Not a bad take. The trailer also hints at Debbie possibly having an ulterior motive for this job…perhaps revenge?

Ocean’s 8 is directed by The Hunger Games‘ Gary Ross, from a screenplay by Gary Ross and Olivia Milch. It’s produced by Steven Soderbergh who also directed the early 2000s Ocean’s trilogy.