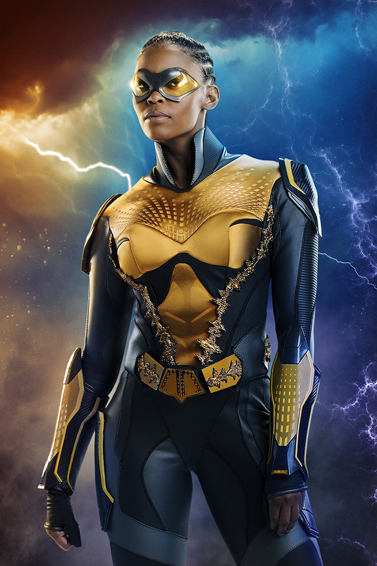 So who is Thunder?

Anissa Pierce is the daughter of Jefferson Pierce, otherwise known as Black Lighting. She made a promise to her parents that she would stay in school and graduate from college before she took on the role of fighting crime and living the life of a vigilante. On the evening of her graduation, Anissa was given her costume and was named Thunder. Initially, Anissa started off on her own, but shortly she was asked by Red Arrow to become one of the Outsiders. Anissa became one of the founding members. Anissa and fellow Outsiders member Grace Choi, found themselves to be at odds. To learn more about Thunder, read our comic girl spotlight about her here.