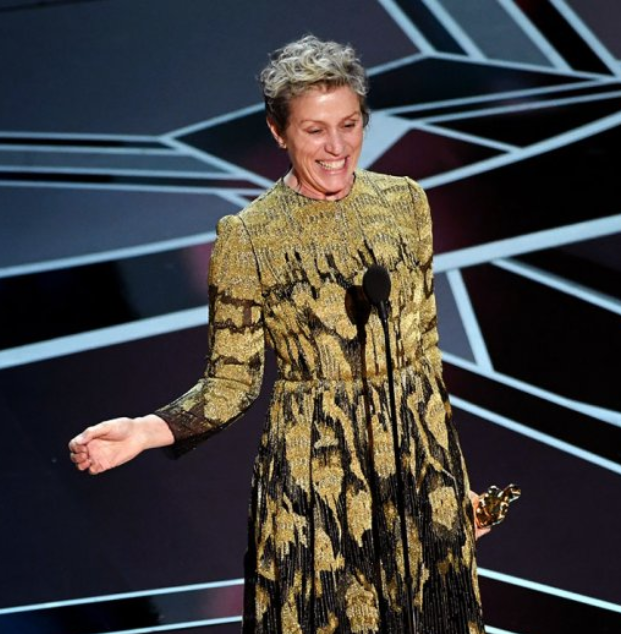 The Oscars gave us something this year, that we haven’t seen before in past ceremonies — a provocative conversation about diversity and inclusion.  It seems as if the Oscars made it purposeful in their intent to showcase a plethora of Oscar presenters speaking candidly about how important representation matters.  Instead of focusing on #OscarsSoWhite — the hashtag coined by April Reign which has led to a movement — the program allowed several performers of color and women to explain why seeing yourself reflected in media holds so much value.  Actor/Writer Kumail Nanjiani said it best when he stated the following:

With films like Black Panther which is breaking box office records by the week it seems, more audiences hunger and have a ravenous appetite to see more stories of characters who look like them or share their worldly experiences.  There’s a reason why the film Get Out resonated with so many audiences. The film covers some profound social commentary on race that has been addressed incessantly within the Black community and to see that unfold on screen in the form of a horror satire was just enough to keep this film’s buzz going for nearly a year after its release.

Last night the Oscars celebrated a milestone with Jordan Peele being the first African-American to win an Oscar for Best Original Screenplay for the movie Get Out. In 2018. Let that one marinate with you for a moment.  However, the evening came to an interesting peak when actress Frances McDormand, who encouraged every woman in the audience to stand up in solidarity, mentioned a term that I have never heard of — inclusion rider.

At first, I thought it was a flub on her part, the somewhat aloof and offbeat actress who’s perpetual attitude of indifference towards winning awards gave me the impression that perhaps she meant to say something else, but the wrong words came out. However, an inclusion rider is actually a real thing.

So what exactly is an inclusion rider?

Stacy Smith at a Ted Women Talk in 2016, explained what an inclusion rider is and the benefits it can provide for marginalized actors. An inclusion rider, also known as an equity clause, is a stipulation in one’s contract where the actor can delegate minor roles or non-speaking roles by a cast of actors to reflect the demography around them.  In this case, if a film which can average 40-45 characters in them have only 8-10 characters that are relevant to the story, the extraneous characters can be chosen by the actor in their clause to reflect the world those characters live in.  Inclusion riders or equity clauses are usually afforded to A-list talent that have the privilege of selecting a list of demands where they can foster change in bringing in more women of color, transgender, and disabled actors in their fictional world to in fact make it more realistic to reflect the real world.

This clause allows a cast to be more diverse so that the film production and/or studio can keep the actor. What Frances McDormand said that may appear to be quirky and casual was actually quite powerful. Placing diversity requirements in contracts can truly dismantle the gatekeeping structure that prevents inclusion as well as provides opportunities for marginalized actors to get more work. The onus falls on the actor to include this provision and the producer must follow suit.  It is certainly something worth exploring and having further conversations and discussions about.  And if you haven’t heard the term “inclusion rider” before, hopefully, you will keep hearing it more often now.

The Academy Awards still have a long way to go, but it is good to know that the option is out there for many actors with star power to provide inclusion riders in their contracts and take a powerful initiative to promote more diversity and inclusion in their projects.