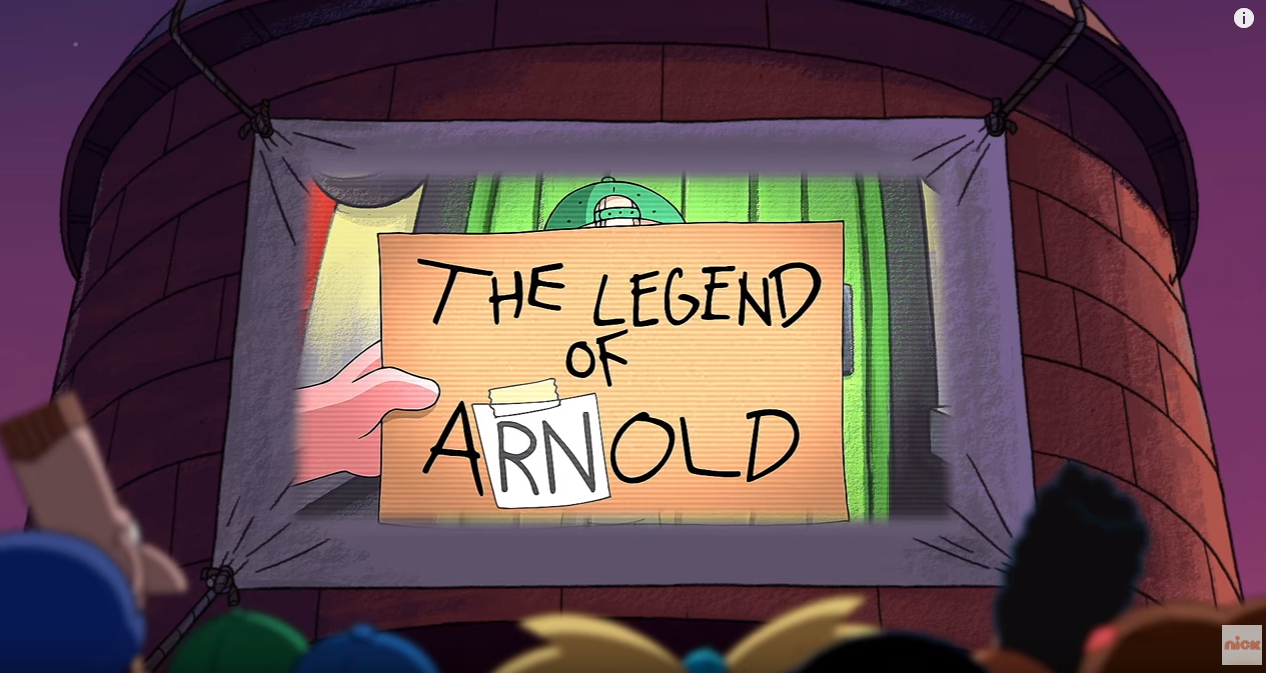 I was really excited when I first heard the news that Nickelodeon was finally giving us the closure we needed for the Hey Arnold! TV show. The structure of the series was mainly episodic and focused on a range of unique and eccentric characters living in a predominantly lower-middle class neighborhood in the fictional city of Hillwood. There are so many interesting characters to talk about in this series, like my favorite character Helga G. Pataki. Her story line surprised me as it showed how deep the show was willing to go in regards to discussing mental health, how coping mechanisms helped children like Helga survive family abuse, and how she would need continuous support from both adults and friends who care about her. Unfortunately, despite all the nice things I am saying about the show, that does not mean it was not problematic.

It’s great Arnold is finally going to find out what happened his parents and Helga gets to be Helga again, but I want address the messy elephant in the room that is the depiction of the fictional Indigenous group, the Green-Eyed people, in the special two-part episode Hey Arnold!: The Journal.  As a kid, there was something completely off when I originally watched this special, but I could not put my finger on it until I re-watched the special as a grown adult and it was painfully obvious to me Arnold’s parents perpetuated the white saviors’ industrial complex under the guise of humanitarian workers.

In the special we find learn Arnold’s dad was an anthropologist and his mother was a doctor.  They both went to the fictional city of San Lorenzo in Central America with the full intent to study the various cultures existing there and to help improve the lives of the local inhabitants.  Throughout the rest of the special-two part episode, their whole narrative comes off as those typical stories of white adventurers exploring the “exotic” and “mysterious” lands of Central America all the while helping the Indigenous folks along the way.

Arnold’s parents were the only two white people who established contact and a special relationship with the reclusive Green-Eyed people.  The show explained the Green-Eyed people were supposed to be a lost civilization with grand cities filled with gold and extravagance, following the same stories which were used to reinforce the imagination of the conquistadors and was used to further commit endless accounts of genocide all over the Americas and Caribbean in order to steal land and resources.  The lore created around the Green-Eyed continued to perpetuate negative stereotypes about Indigenous people in a medium that historically never represented them as complex and well-written human beings.  It doesn’t help that the Green-Eyed people are always depicted with no agency and are always needing the assistance of Arnold’s parents whether it’s getting their sacred items back or needing their help for medical purposes.  Sadly, it does not get any better with the apparent white worship that goes on throughout the rest of this show.

I had hoped all the issues I had with the special would be amended in The Jungle Movie, but over the years series creator Craig Bartlett revealed several details about the movie and to be honest, it does not look promising.

In one of the many fan interviews Craig, he revealed the Green-Eyed people worship Arnold and Helga, since Arnold was literally born during an apocalyptic-like setting while the latter is worshiped because of her fearlessness.  That kind of description of the original story does not encourage me to believe they tried to make any meaningful changes to the movie.

At any rate, the first teaser trailer dropped at San Diego Comic Con 2017, which gives an obvious indication they are almost done with making the movie so it’s too late to make any changes to an already problematic story. And based on earlier episodes in the series, they planted these seeds early on, so sadly there was build up to this mess. Like any fan I have waited for years for the characters in Hey Arnold! to have proper closures to their stories, but I am disappointed it has to be at the expense of using tired old colonial narrative tropes in order to make an “interesting story.”

If there is anything the success of Moana has taught us, it’s that collaborating with Indigenous people will inform how the characters and the stories will positively reflect the communities they are trying to portray.  Moana was a step in the right direction, but now we need to support Indigenous creators to be at the table writing, story boarding, directing, acting and voice acting their own works that speaks to them and their respective communities.  Until then, Hey Arnold! The Jungle Movie is just another reminder of how much more work we need to do for representation to matter in all sectors of the entertainment we consume.