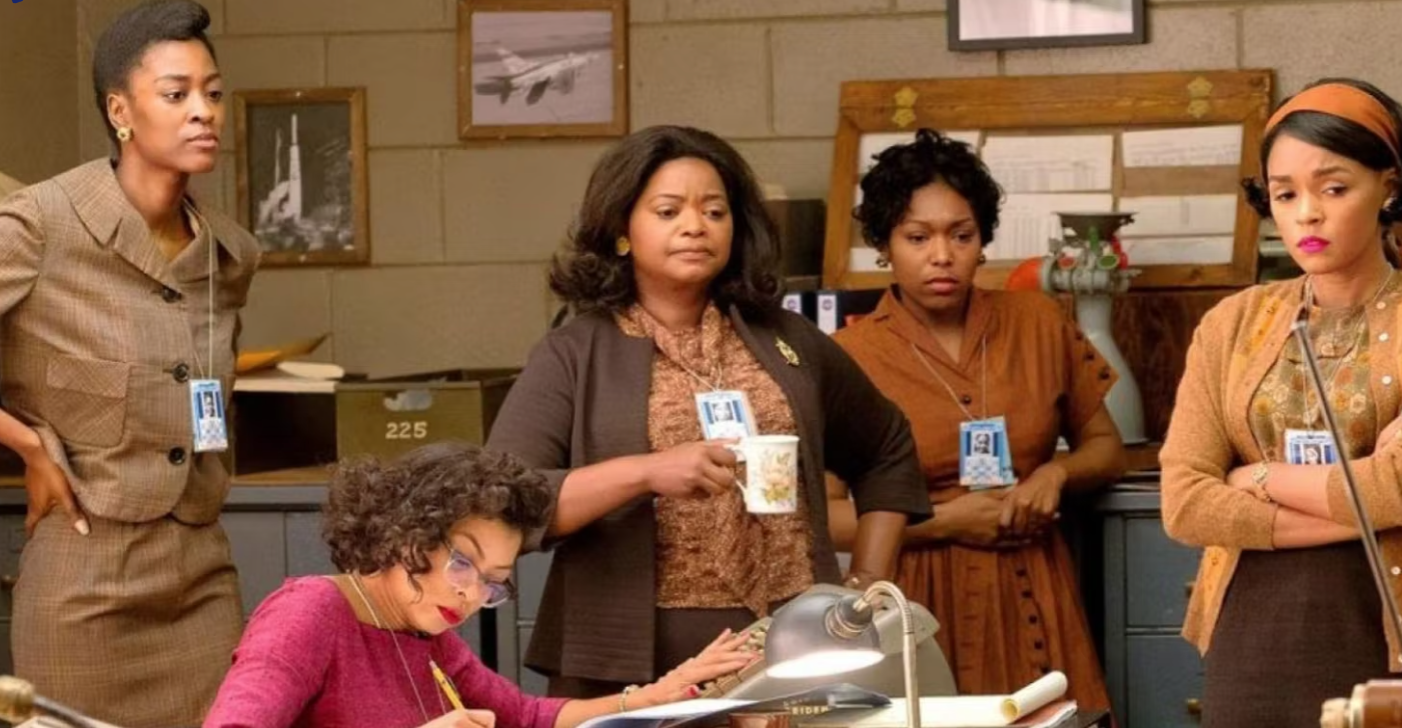 I am looking for the correct words by which to frame this film, but my words are slow to come. I feel that this film, Hidden Figures, requires contemplation to address. I want to be subjective here, but NOPE! I LOVE THIS FILM! That’s a given. I want to climb a tall building and scream it from the rooftops. No self-respecting BGN could sit in front of a screen and watch all of the Blackity-Black, geekity-geek glory that I just did and feign indifference. I was impressed; let me tell you why.

I will start with the plot. Okay, so if you know your history, you already know about America’s “Space Race” with the Soviet Union. This is not news. Wikipedia can tell you the results of what happened at NASA during that time. Honestly, because of this I planned to be underwhelmed by the film. I know all about this period and event, or at least I thought I did. How can one enjoy a film when you are already certain of what will happen. John Glenn makes it into orbit…yay, I guess. What I didn’t expect was all of the suspense leading up to this grand occasion, or how invested I would be in its success by the time the fated event occurs.

You see, this film is not about John Glenn and the Space Race or how the protagonists, Katherine Johnson and her two colleagues, Dorothy Vaughan, and Mary Jackson, helped to serve this mission; it was about how this mission came to serve them. These women made breakthrough strides at NASA because they had to. If they didn’t fight for their identities in a world dominated by white men, white culture, and changing technology, not just their successes were at stake, but their lives were at stake. The famous Space Race itself would have come to nothing. By fighting for their place at the man’s table (and educated, authoritarian, white man’s table at that), they fought for America, and they won!

What I loved about Hidden Figures is that it is not just about the heroism of these three women, but about their comradery. These sistas were sisters, through and through. They held each other up while holding each other down. They made room for one another, bolstered each other, and took care of their people, down to the last one. There was no leaving your girls behind. Between this and Insecure, my heart is about to burst with Black girl BFF love! You need to see this with your crew. It will mean so much more if you take your girls with you (unless they’re triflin’, then get some new girls and take them)!

Taraji P Henson was amazing in her role as Katherine Johnson. You believe every single emotion and idea that she portrays. I love seeing her range in this film, playing a quiet, brilliant, ambitious church mouse of a woman. You cheer for her in her victories because they feel so real and present. Octavia Spencer as Dorothy Vaughn is, in my mind, the epitome of what it means to be a Black woman. If it’s broken, she’ll fix it. If it don’t work, she’ll make it work. If necessity breeds invention, then you can call her da Vinci! I adored Spencer in this role. She was regal and in charge of every scene. She truly capitalized on those moments of what I can only call pure womanhood. It is difficult to explain but trust me, you will know those moments when you see them.

Do not let me leave out Ms. Black and White herself, Janelle Monae. Watch out now, but Janelle can act! I mean REALLY act. She held her own in a film with some really accomplished actors and actresses. She gave a fun and inspiring performance of Mary Jackson. I can just see little girls lining up now to be engineers after watching what it meant to Mary in this film, and Monae did one hell of a job portraying that.

I cannot go on without talking about Kevin Costner. He was my hero throughout the film as Al Harrison, director of the Space task force. I wanted to high-five him every five minutes or so. I love how bold Costner played this character. He had a job to do, race and sex be damned, he was going to get it done. I love a man who knows what he wants!

Speaking of men and wanting, I present to the court of BGN, Exhibit A: Mahershala Ali. Strong, chocolate, supportive man candy. Next, we have Exhibit B: Aldis Hodge. More of the same with hair you just want to get your fingers all caught up in. Lord, this movie is good for the Black girl’s soul! Between the casting, the content, and the soundtrack put down by the one and only Pharrell, I do not know how any BGN can skip tossing ALL their cash at this film. I WILL be watching it again on opening night, IJS.