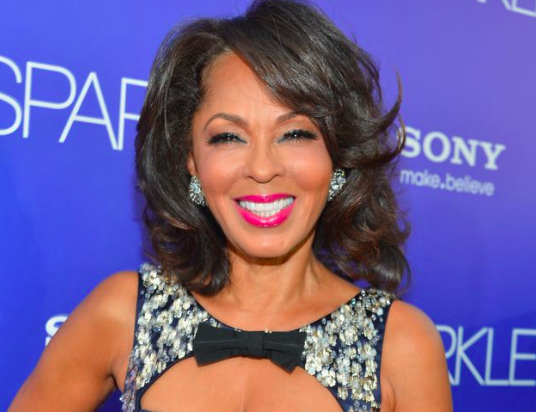 Debra Martin Chase is an entertainment industry icon and trailblazer as the first African American female producer to have a deal at any major studio.

Chase is also the first African American woman to produce a film that grossed over $100 million. To date, her films have grossed over a half-billion dollars at the box office. She also “discovered” Shonda Rhimes as Shonda was Debra’s intern while Shonda was a USC student and Debra hired her to write Princess Diaries 2 and The Hank Aaron Story.

Chase has produced three beloved multi-film franchises — The Princess Diaries, The Sisterhood of the Traveling Pants, and The Cheetah Girls.

Her television credits include the iconic and ground-breaking Emmy Award-winning Rodgers & Hammerstein’s Cinderella starring Brandy and Whitney Houston and the Lifetime television series Missing. She was nominated for a Directors Guild Award for Outstanding Directing: Children’s Programs and for the Academy Award and Emmy Award-nominated and Peabody Award-winning documentary Hank Aaron: Chasing the Dream.

The illustrious producer sat down with BGN to talk about her career, the impact of Shonda Rhimes, and creating Harriet Tubman’s biopic.

You have had such a remarkable career in both TV and film. Is there something that you haven’t done yet in the entertainment industry that’s on your bucket list?

Is there a particular genre that you’d be interested in focusing on?

Listen, as a practical matter, most of my film and television, most of my work is historically centered around women. So there’s a good chance for that. But I do have a lot of stuff in development, so we’ll see what happens.

In your acceptance speech at BET’s Black Girls Rock, you mentioned: “When Black women stick together and lift each other up, we are unstoppable.” What are some ways we can support each other in this business?

Things have changed enormously. Let’s say for actresses, there were like two roles in a year of any real import that were vying for them. It fosters competitiveness and backstabbing because by definition if you won that means that I lost. Things really have changed. We still have a long way to go, but it has changed dramatically in the last year. People are working writers, directors, actors, and so now we’re able to support each other emotionally. It’s a tough business, and whether you’re winning or losing, it’s a long game. It’s just great to be able to call each other up for advice or information. We’ve got your back and are going to help you get the stuff done that you need to get done. That’s how you succeed. Nobody succeeds on their own.

You walk the walk. You know you are an influence to Shonda Rhimes, having given her her first studio job as a writer for The Princess Diaries. Now she’s the most influential TV producer in Hollywood. How does it feel to see the results of providing that kind of opportunity and support?

Two things. One, it feels great. People have told me all along in my career to pay it forward. I think it’s really important, both karmically and practically. Secondly, I’m still relevant in the business today after all these years because, between Anne Hathaway, Shonda Rhimes, Blake Lively, and Jesse Williams, there’s a long list of people that I helped get started or take that lead to the next level. They are in their prime now, and we still have a good relationship. I didn’t intend for that, but it certainly has been a nice byproduct.

What led you to be involved with Harriet? And why is this story important to tell now?

I’ve been trying to bring this to the big screen for over eight years. It is needed now more than ever. So eight years ago, Greg Howard, an old friend of mine, called me and said, “You know, I have this script on a Harriet Tubman movie, sitting at Disney.” I thought we should take it out and try and get it made. I read the script. What Greg did was position Harriet as a historical action hero, like a Pam Grier badass woman. And that sparked my interest. But it took us a long time to get the script right. Cynthia [Erivo] has been on for about four years. I went to go see The Color Purple and was just blown away by her. I thought, “This is Harriet Tubman.” There’s a fierce determination about her. I met with her about a week later, and she walked in, you know, stylish and vibrant and confident, and I was like, “Okay, this is our girl.” She’s awesome. We didn’t have a script, but she trusted that we really wanted to make a great movie and she hung in there with it.

Do you think Harriet will lead to other period dramas of Black women to be told?  I’d love to see one about Stagecoach Mary (Mary Fields).

Wonder Woman and Black Panther were game-changers, right? Those were movies that showed women and about people of color can be huge in the global box office. More specifically, the success of Hidden Figures really helped us because that was a period movie with Black women in the lead. It did great at the box office and got critical acclaim. So all of these things got us to this point where Focus Features fully embraced this movie and have been incredible partners with that. In success, it will help other stories like this.

Any word on the Get Christie Love reboot?

Well, we shot a pilot for ABC Family and did not get picked up by the series, but I have not given up on that. I’m partners with Vin Diesel and his TV production company, and we’re not giving up on that project.

What is something nerdy about you that you can share with our readers here at Black Girl Nerds?

I’m a voracious reader. I have been my entire life and now do it for a living. So I mean, I was a kid growing up that won the Summer Reading contest at the library for four years in a row.

Debra Martin Chase is a geeky bookworm and we love it! Harriet is currently playing in theaters and we look forward to future projects from this incredible leader in entertainment.

PODCAST: Debra Martin Chase and the Team Behind NCWIT