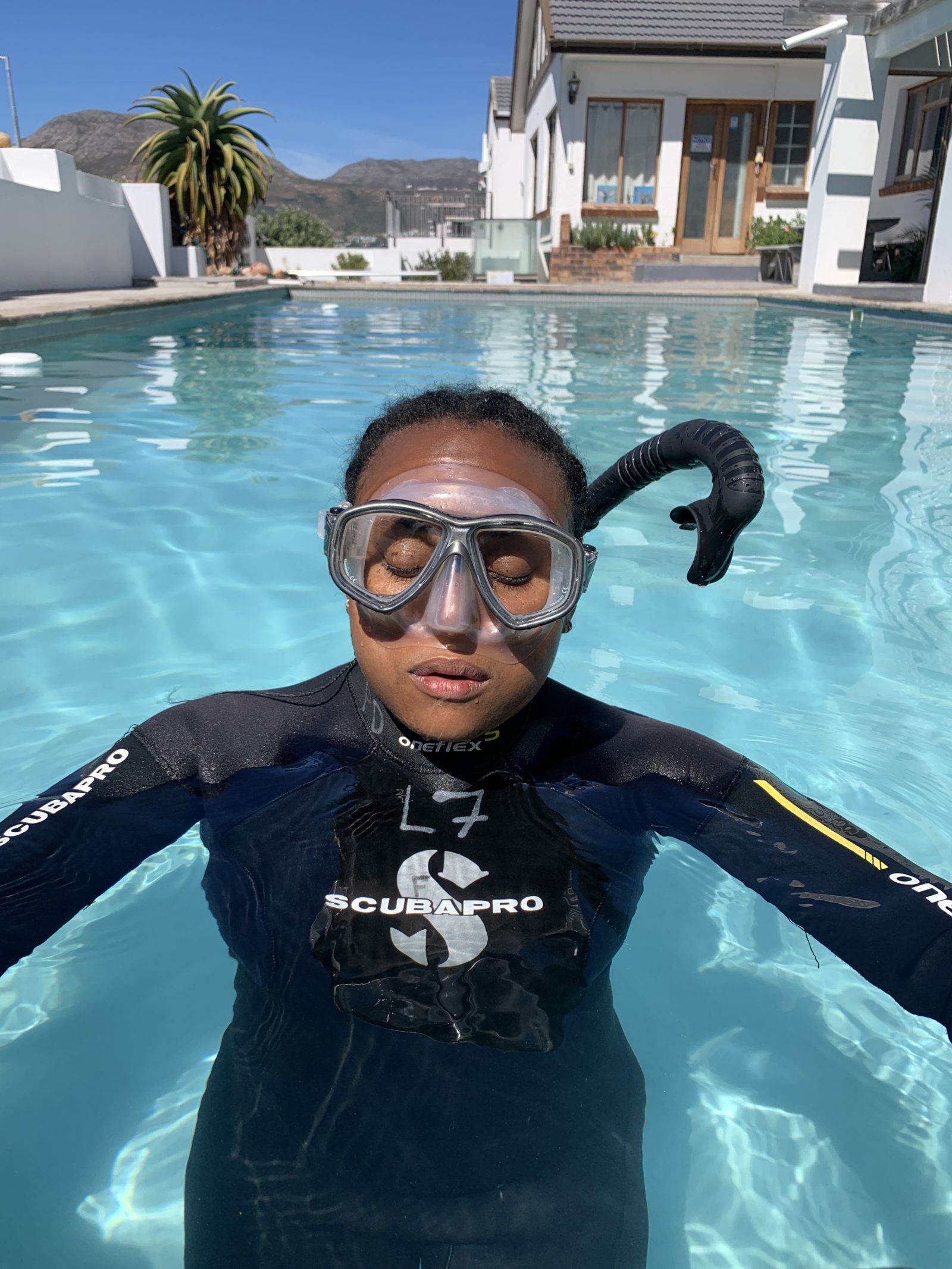 Black Girl Nerds seeks to tell stories that showcase the depth of what it means to be a Black woman. We do this by showcasing women who have put themselves far outside of the stereotypical boxes and have carved their own paths. One of those women is Kia.

How would you describe yourself?

I’m a million points of light intersecting in space and colliding at different points in time. I have a very sci-fi approach to what happens here as a means of keeping myself sane and keeping things playful. That’s the biggest definition I can give myself, so don’t feel trapped by any stories, labels, or ideas. I am just a creation expressing itself.

From birth to creation, what has it been like working on the podcast Invisibilia?

Invisibilia was founded by two women from other podcasts: Radio Lab and This American Life. I joined the show in 2019 through a number of coincidences. I originally came to temporarily check it out and work on a show I loved listening to. In 2020 the two previous hosts took different positions, and there was a scramble moment of what would happen next.

I saw the opportunity inside the struggle. I started to believe that I could maneuver into a host position. I was new to NPR but not to media. I reached out to my co-host, we pitched it, and got it.

There was some intimidation for me in the beginning. So, to free myself from the pressure, I told myself that it was just a microphone and a speaker. I try to show up authentically to draw more Black people into this podcasting space. Part of my presence and work is to stretch the audience, the medium, and myself.

Kia started rollerskating during the pandemic, so I wanted to ask if she has continued with the hobby.

It’s going great. I put the rollerskates on in the house last night. I put Renaissance on and I was dripping sweat. I had so much fun. It’s part of the practice to have a safe place to play and maybe fall and be okay with it. It serves no purpose other than learning to do new things with my body.

Along with being a roller-skater and a podcast host, Kia is a world traveler. Although she’s had a majority of positive experiences, we discussed how she deals with racism while being abroad.

I think the community is the only way to heal from those types of things.

I lived in Paris for 6 months and was dating a white man. I was the only Black person, and a lot of racist things happened. In those moments, all I really had was myself and journaling.

I would affirm to myself that I was okay and that what I’m experiencing is bad but it’s not my fault and I don’t have to own it. 9 times out of 10 I don’t encounter a lot of racism. People are excited because you’re Black American, which might feel racist in a different way that’s not violent and harmful.

For those that are unfamiliar with free diving, according to Wikipedia, free diving is a form of underwater diving that relies on breath-holding until resurfacing. There are no uses for breathing apparatus such as scuba gear.

I was in South Africa and a co-worker suggested I go scuba diving. I’ve been scuba diving once and didn’t like it. It was just a lot of equipment, and it felt overwhelming. So I took the suggestion to get into the water and googled free diving in South Africa, and Zandile was the first person to show up.

It felt like a match made in heaven because it was important that if I get in the water and try something new, I do it with someone I feel safe with. One of my fears was getting into the water with someone who would make me feel embarrassed and ashamed of my fear and anxiety. I wanted to find someone who could meet me where I am and affirm me.

Kia mentioned that many people in her family either don’t know how to swim or are not active. This can often be a barrier for someone who wants to try a water sport. But Zandile could relate to Kia’s experiences and make the transition easier.

You get two black people in the water who get to explore the ocean and create their own relationship.

What were the emotions you felt on your first dive?

I had so much anxiety. I wish I had more time to go at a slower speed that would work for me. The South African Ocean feels like it goes on forever. I felt nervous, but I tried putting on a brave face.

Then I had a good amount of pride when I finally went for the dive. This was something I never imagined myself doing. It’s fun to now consider myself in this new space and place.

To dive in and see that there’s nothing there — it’s like meeting someone you’re super intimidated by and realizing that they’re not that bad. That’s how it felt for me.

It was magical for me and Zandile to be two Black women in the water. It felt special that I was defeating a stereotype.

What would you say to our readers who are interested in trying something new or learning to free dive?

When we step outside in new spaces we allow ourselves to witness our own beauty. You might try something and hate it, but that’s better than being enshrined in the what-ifs that prevent you from living your life.

When I try new things, I reward myself so much for participating. If you want to try free diving or something new, be gentle with yourself, celebrate that you tried, acknowledge whatever your body needs, and go at the speed you need to go but just go. As well as find someone you feel comfortable learning from.

Free diving is an indigenous practice, people were forging the waters for food and navigating the waters for years. If you want to dive into the water, don’t hold yourself back from what might be underneath the surface because there’s a chance that there’s nothing there. That someone probably put that fear in your head.

What was the biggest takeaway from your experience of freediving?

The ocean is a big place and it’s not as dangerous as we think. Being able to work with Zandile and learn from her wisdom was a dream. The ocean is just another space, yes you have to learn to navigate it differently but it doesn’t mean it’s bad. The water loves us, we can be in a peaceful relationship with it. It can be scary and intimidating but also calm and boring. The ocean is for everyone.