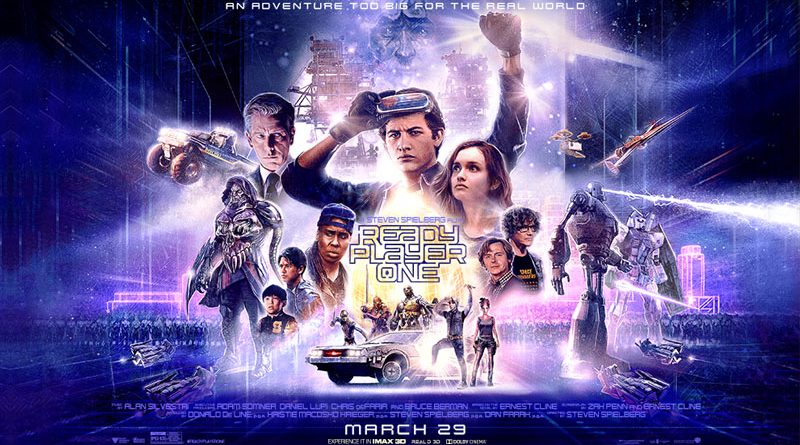 Ready Player One was a fun nostalgia-filled ride for anyone familiar with gaming and pop culture. But it’s not the first entertainment vehicle to tackle gaming and virtual reality. Anime fans would be very happy to know that there are a number of anime shows that revolve around gaming.

Here are five anime gaming series you may want to check out:

For anime lovers, Sword Art Online may have been the first series that came to mind when Ready Player One was announced. Just like in Ready Player One, In the near future, people use virtual reality headsets to play video games. The headset in Sword Art Online is called Nerve Gear, where players can be completely immersed in a video game world. The difference with this anime is that there’s an unexpected turn of events in which all players who played in beta mode are trapped in the game once it debuts. Now everyone’s greatest hope to be freed lies with one of the top players in the game, Kirito.

Streaming on Crunchyroll, Hulu, and Netflix.

Accel World is also set in a world where the population constantly engages in virtual reality. People link to the Global Net for all types of things like communication, transferring money, and more. It’s also used to transfer people to a virtual world where they can become anything they want, make friends, and play games. Haruyaki Arita finds salvation in this virtual world considering he’s always bullied. He meets a girl who offers him an even better option: to join Brain Burst, a program which turns the real world into a virtual playing field where participants challenge each other to duals to become the top-ranking player.

No headset is involved with Death March, but the main character still ends up in a video game. In this anime, Satou is a game developer who finds himself transported into a video game and have no idea how he got there. The world he’s been sent to is a fantasy world full of magic, which he navigates like an RPG. While he tries to figure out how to return to his world, he plays along and acts as a hero doing as much good as he can.

No Game No Life

Brother and sister duo, Sora and Shiro, play video games together 24/7. One day they’re approached by a strange boy who sends them to another world. Like Ready Player One, the people of this world lives are consumed by gaming. No wars or violence is allowed, so all conflicts are resolved with games. Sora and Shiro, being addicted to gaming, fit right in and make the most of their stay challenging anyone they feel can get them what they want.

Streaming on Crunchyroll and Hulu.

Recovery of an MMO Junkie

Recovery of an MMO Junkie doesn’t take place in a virtual reality world, but like Ready Player One there is a romance that develops between two gamers. 30-year old, Morioka Morioko, becomes a shut in after she doesn’t succeed in the corporate world and starts spending all of her time playing an MMORPG where she’s a member of a guild. It’s a safe space for her which allows her to ignore the real world until she runs into a guy who’s interested in dating her. What they don’t know is that they both fanatically play the same game and are a part of the same guild.

By: Dy
ABOUT THE AUTHOR: Dy is an aspiring filmmaker with a B.S. in Film. Her hobbies include binging anime, reading comic books and watching TV and movies. Follow her on twitter @dyprinzess.