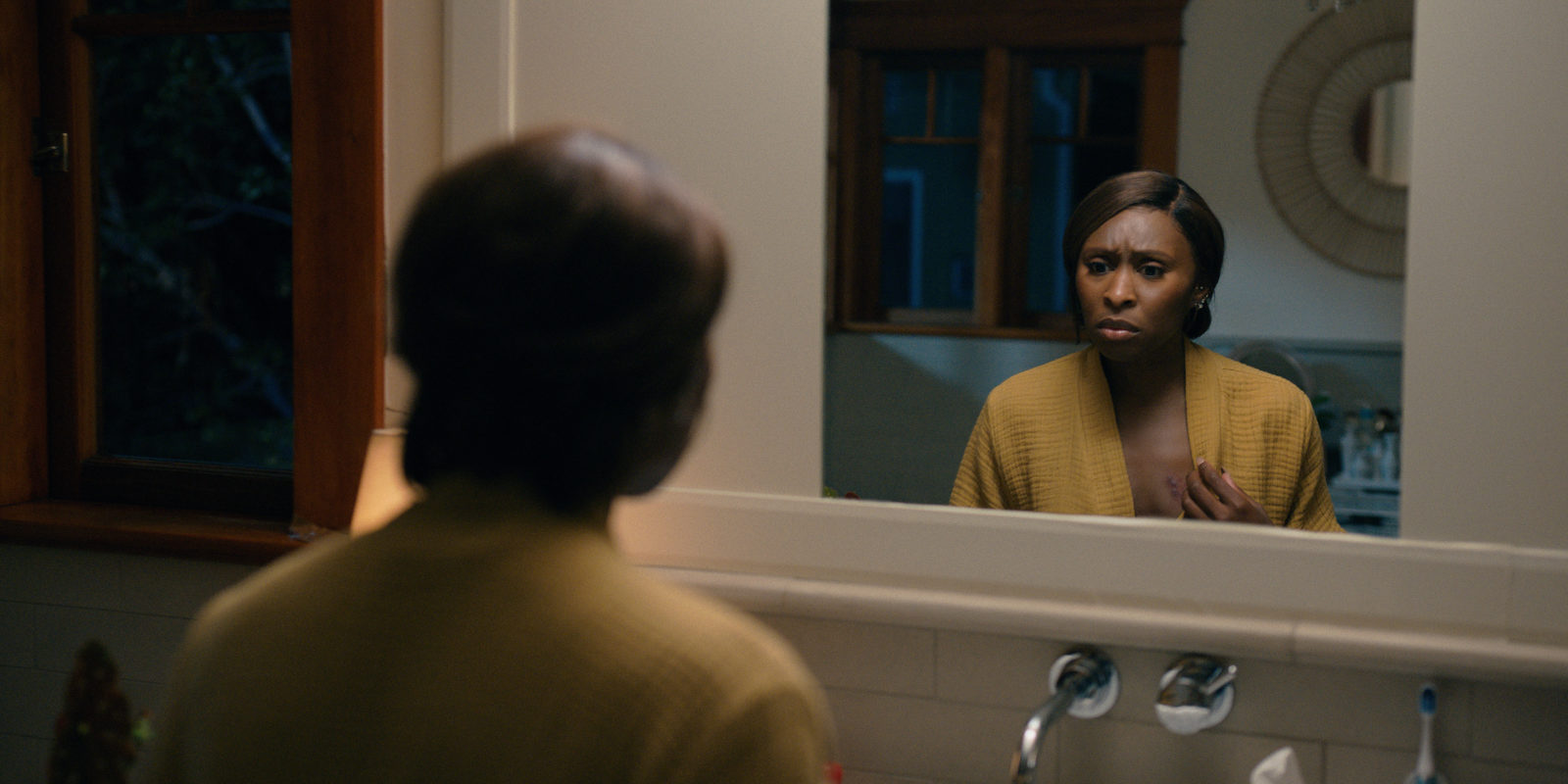 AppleTV+ has been on a roll lately with quality television, and this month, they continue that streak with Roar, an eight-episode anthology series based on the 2018 short story collection of the same name by Cecelia Ahern. Following eight very different women and their stories, GLOW creators Liz Flahive and Carly Mensch dig into societal expectations, beauty standards, modern dating, and more.

As we’ve seen, female perspectives in genres like horror delve into issues very specific to the terrifying, grotesque, exhausting aspects of being a woman. Roar isn’t purely psychological horror, but rather a blend of drama, dark comedy, and magical realism with elements of terror. The series examines lives of women who are adapting to what the universe has thrown at them — an unhappy marriage, feeling overwhelmed trying to find work-life balance, or struggling to hold on to memories. The series shows us women who go up against sexism and racism in the workplace, at home, and everywhere else in the world. It’s an interesting way to explore very difficult and sensitive topics.

The story of “The Woman Who Found Bite Marks on Her Skin” does venture into body horror with Ambia (Cynthia Erivo), a successful woman who’s doing everything (except taking care of herself). As she returns to work after having her second child, balancing all of her obligations becomes too much. Vicious bite marks start randomly appearing on her body. Erivo really makes us feel just how horrifying it would be to have these mysterious wounds. During Ambia’s second birth, doctors dismiss her concerns and she almost dies as a result. Roar impressively touches on the very real issue Black women face when it comes to their health. In her recent interview with BGN, Erivo said, “The wonderful thing about this particular series is that it allows people to see the very varied lives that women live, and allows people to understand that we as Black women are included in those experiences.”

While there’s an underlying dark, comedic tone throughout the series, the look and feel are distinct from episode to episode. In “The Woman Who Disappeared,” Wanda (Issa Rae) meets with studio heads who wants to make her book into a movie. There’s a Black Mirror and Get Out vibe, especially on the subject of exploiting Black trauma for entertaining and profit. The glossy, modern setting of LA also reminds me of Under the Silver Lake and other LA-based films that show how truly bizarre Hollywood can be.

With its candy-colored surroundings and princess dresses, “The Woman Who Was Kept on a Shelf” feels like it’s straight out of a nightmarish fairy tale. Amelia (Betty Gilpin) marries a handsome, wealthy man and moves into his mansion. All is well until he builds a giant shelf and has her sit up there like an actual trophy wife. His behavior doesn’t come off as sinister, but his literal objectification of his new bride is anything but romantic (or healthy). This story reminded me a lot of Hatching, sans the giant bird’s egg.

My personal favorite episode is “The Woman Who Was Fed by a Duck.” It’s arguably the most absurd. And, as with all these stories, what happens is not what I expected. It begins Elisa (Merritt Wever), a single woman in her thirties, who is tired of the whole dating scene and her sister always pressuring her to find someone. Then a charming duck (Justin Kirk) waddles into her life and things take an interesting turn. I don’t want to give too much away because the events need to be experienced firsthand. What I really find fascinating is Wever’s onscreen chemistry with the duck. In an interview with FandomWire, Wever said that Justin Kirk went to set and read his lines off camera and that the duck was indeed a real duck and not CGI.

“The Woman Who Returned Her Husband” is about Anu (Meera Syal), who just turned sixty and decides that she doesn’t want her husband anymore. Instead of staying trapped in an unhappy marriage, she returns him to a store like any other item. This premise can apply to any couple from any culture. However, I found the story had added stakes and humor because they are Middle Eastern, meaning there are very different cultural norms when it comes to marriage.

“The Girl Who Loved Horses” stands out among the episodes due to its completely different tone. I wouldn’t consider it a dark comedy or surreal in any sense. It’s more of a YA drama about a teenage girl, Jane (Fivel Stewart), living on a farm with her father.

Other than Rebecca (Alison Brie) looking at her own dead body and realizing she’s a ghost, “The Woman Who Solved Her Own Murder” isn’t really that strange. However, I do think that this is one of a few stories that could work as a full series instead of a single episode.

Roar explores the plights of eight women who are wholly different in personality and circumstance. What unites them is that they’re all going through a significant change, whether it’s advancing their career in a competitive industry, ending a toxic relationship, or coming to terms with being a ghost. No two stories are alike. I actually thought the series was going to be a lot weirder, but with thirty tales to choose from in the source material, I’m hoping for a second season that falls further down the rabbit hole.