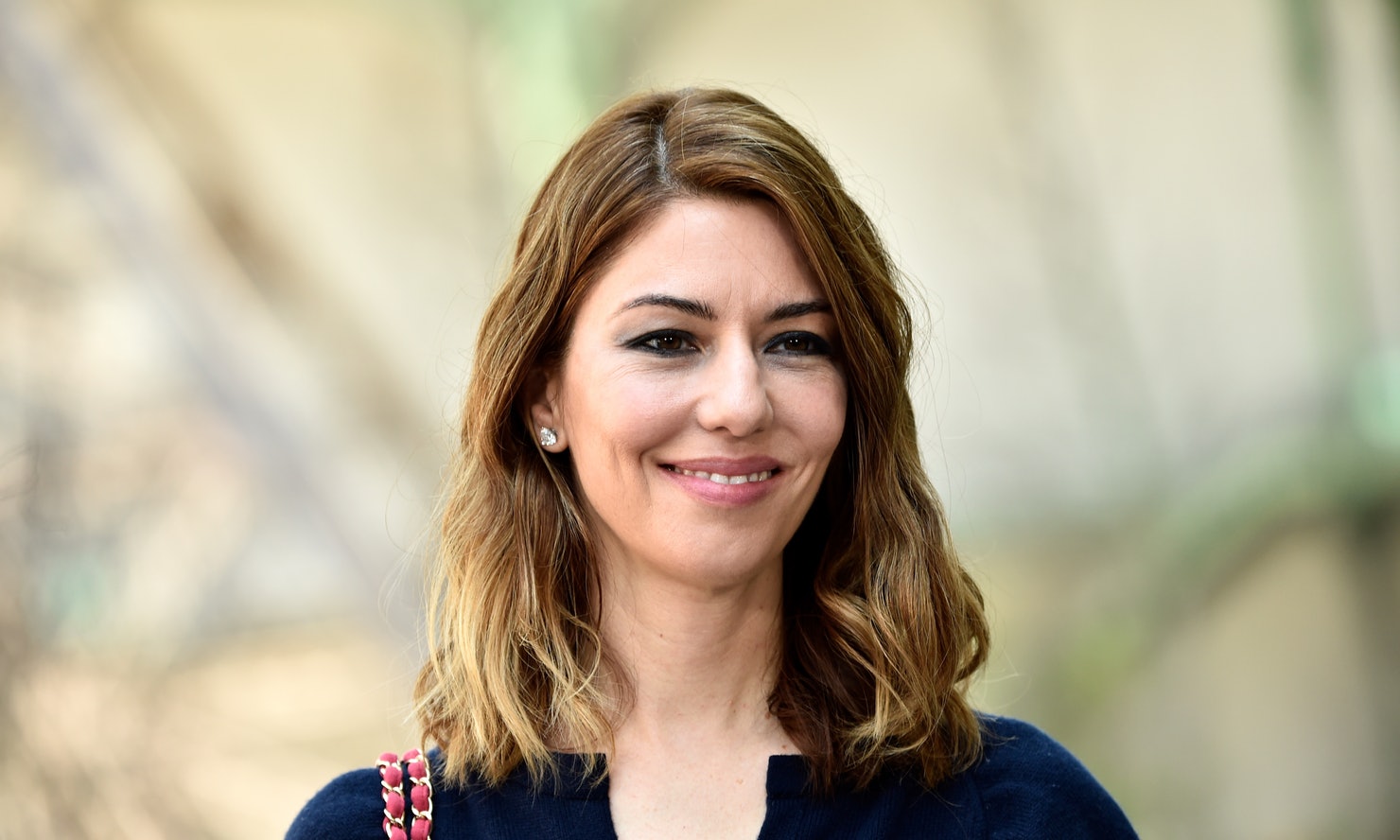 Yeah! The latest apology tour in the hopes to get an Oscar allows us to revisit one the worst stories from this summer—Sofia Coppola’s The Beguiled, and accusations of whitewashing.

For those of you who may have forgotten, earlier this year saw the release of Sofia Coppola’s The Beguiled, a new adaptation of the 1966 Thomas P. Cullinan novel which rebooted the 1971 film of the same name. The controversy surrounded her choice to make the cast entirely white. Coppola decided to omit the African-American character Mattie/Hattie from the film/novel and changed the biracial school teacher to white, played by Kirsten Dunst. This choice was just one of the many “shaking my head, still” decisions made by white female filmmakers this summer.

In case you need the quick-hit reminder:

Wonder Woman – Patty Jenkins used the black Amazons as colorful set dressing with little to no dialogue or agency.

The Bad Batch – Ana Lily Amirpour depicted a black mother murdered in front of her child and substituted a white woman as an adoptive savior. Then she dared to be offended when someone called her out on it.

Each of these missteps were met with varying degrees of backlash, but they shared a common thread. The thread is woven deep and it’s hard to pull on right away. You see these white female filmmakers trumpet themselves as feminists/allies, and they don the girl-power capes whenever they set out to promote their films. But when women of color run those capes through our lens, we find they look dusty.

You see, upon further examination, the capes are cloaks. And these are cloaks we’ve been trying to cast off for years: the cloak of white feminism.

One of the more egregious violations was from Ms. Coppola, without question. So, I was baffled to see her reopen the wound but then I remembered—it’s Oscar season.

Or perhaps she read the Birth.Death.Movies “piece,” and a white man scolding Black female critics—using a Black man’s words as evidence—got her gassed up. And no, I have not forgiven the writer, editor, or the entire BDM crew for their hubris. But that is a topic for another article, another day.

Returning to Ms. Coppola, whatever her reasoning, I’ll give her credit. Never in my days have I seen someone tell on herself in such a bold way. I bet right at this moment she doesn’t know how bad she has messed up. In a recent interview from Bustle (quoted below) Ms. Coppola confessed what we all already knew. 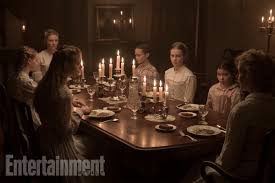 She explains how the all-white casting was due, in her mind, to her efforts to keep the film realistic. “Usually you want to be able to cast all types of actresses, [but] we were limited because of the historical accuracy, so I thought, I want the story to be about women and men, and that’s what it was focused on.” She added, “The slave character in the original film and the book was pretty insulting.”

But, as most if not all of your films don’t deem any people of color worthy enough to include, I am going to need you to remove that excuse from your mouth for the remainder of the awards season…or until you fix your issues with casting. Whichever comes first.

Ms. Coppola continued to tell on herself by not admitting she was scared which is understandable. Instead, she went on to say “I’m aware that… [race] is such an important topic in our culture, but I’m not sure how my work is going to participate in the conversation.”

She admits that the topic of race doesn’t interest her as a filmmaker. Okay, fair enough. But again, I’m just checking your IMDB and I see a clear melanin deficiency in ALL of your films, and it just doesn’t pass the smell test, Ms. Coppola. It seems to me that you are deliberately avoiding race and people of color in your films, but you still think you get to tout them as made for women.

*Deep Breath* Lemme say it one last time for the folks in the back: “If your feminism is not intersectional IT IS NOT FEMINISM.”

Yes, Martin Scorsese, Woody Allen, Nancy Meyers and host of other directors don’t get the heat that they deserve for continuously featuring all-white casts, but you put out the feminist narrative. You can’t get mad or say you feel like it was “misinterpreted” when we call you out on your hypocrisy. I think we have a pretty clear mark of what type of filmmaker you are. Per her own words, Ms. Coppola says, “I want to make movies that I can relate to and that I want to share with women in my life.”

And there she is, telling on herself again. Seems like those women she wants to share with are not women of color, and definitely not Black women.

Yes, I know that is not a fair statement to make as I don’t know her personally, but it does beg the question, how many black women are in her life? How many does she include in the creative process, or on set? Did she speak with them about the backlash? Did they think it was okay to say:

and/or “It’s someone else’s job”

That is the gist of her words and choices. She acknowledges the importance of race, but she seems very disinterested in the participating conversation.

I admit that it is a catch-22 for white filmmakers (both men and women) to present complex, authentic characters or color. We are multifaceted yet so often tokenized, stereotyped, or deleted outright in entertainment. The degree of difficulty is high for white filmmakers, and the chance of failure is even higher. You are working on a tightrope without a net when you try to tell our stories. So I see why it is that some just choose to punt.

It’s so easy to call out Ava’s name, or Spike’s, or Ryan’s, and say you want to see their take on racial themes. Admittedly some Black filmmakers agree with that logic. I don’t, but I see how and why it’s attractive. And Ms. Coppola is totally free to do just that.

But if ALL us women here in the film community are sitting at the same table, and that’s your mantra, Ms. Coppola—you can’t sit with us!

Hidden Figures, The Color Purple and, a personal fave, The Incredible Jessica James, were all directed by white men, and they did credible jobs. Would a woman of color have done better?

But those filmmakers didn’t just throw up their hands and say “Not it!”. They worked, and they listened, and they tried. Of course, I wish all writers’ rooms, directors’ associations, and producers’ guilds looked like the teams behind Queen Sugar, Black-ish, Insecure, Atlanta, and (the yet to be released but sure to be fire) Black Panther, but this process takes time. However, we are all out here kicking down doors, pushing women of color through the glass ceilings of Hollywood. I, for one, have no inclination to hand out credit for wanting things to be better while not doing anything to make that happen. Bigelow and Jenkins don’t get a whole lot of credit for trying and missing the mark, but they are at least joining the conversation. I like to think that they will keep trying, keep listening, and maybe we will get Nubia in all her glory and then some in Wonder Woman 2.

So Ms. Coppola can dislike the criticism, but I will keep asking for better. Except not from Lily—cause her Insta and twitter responses left her canceled back June. 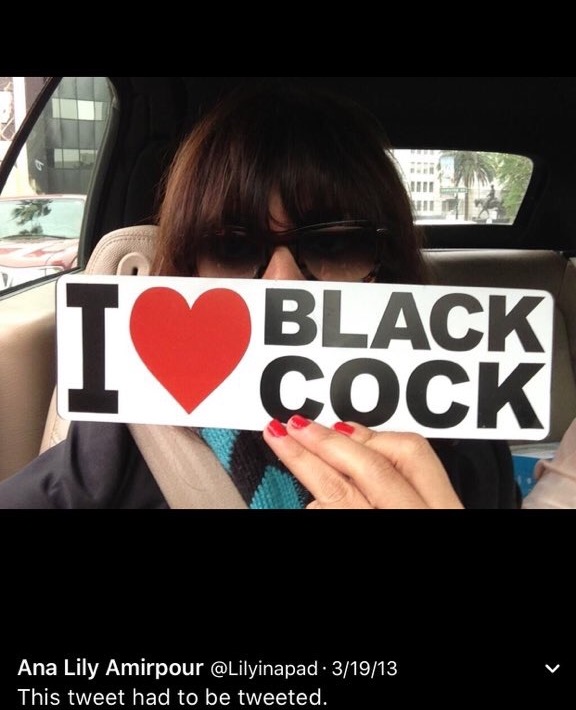 But for those that want to keep their feminism intersectional all day every day—in art and life—I will continue to support their efforts.

Fact is, I can’t delete my femininity from my blackness. But I can delete my support of filmmakers who don’t attempt to understand or acknowledge this fact.