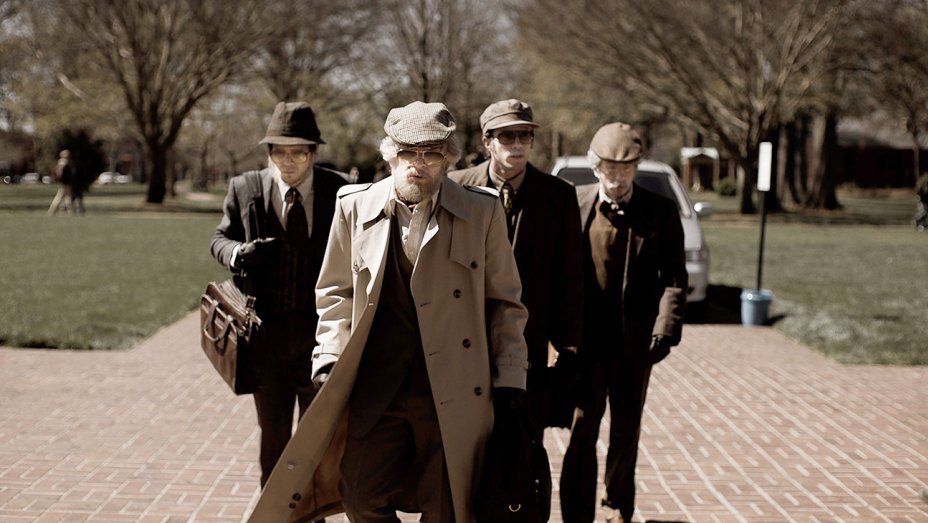 When I first heard about American Animals, I rolled my eyes and thought to myself, “not another heist movie featuring over-privileged white people.” And after seeing American Animals, I can safely say that yes, this movie is a heist movie featuring over-privileged white people, but it’s oh so different and oh so good. Directed by Bart Layton, American Animals isn’t based off of a true story, it is a true story, and it centers on the epic failure of four college boys as they try to pull off a multimillion dollar art theft from their college library. Starring Barry Keoghan, Evan Peters, Jared Abrahamson, Blake Jenner, this film is hilarious and tragic at the same time. It’s the classic tale of what happens when everything goes wrong and what not to do if you’re ever interested in planning your own heist.

Not that I’m encouraging that, by the way…

In American Animals, Layton presents the viewer with a faux-documentary narrative very similar to what we saw in I,Tonya. Except this time, the interviews are with the real-life subjects of the story: Spencer Reinhard, Warren Lipka, Eric Borsuk and Chas Allen. They are older and wiser, but they also provide different viewpoints and perspectives about the turn of events like who said what and when and how, casting doubt on the details of what actually happened. Watching their interviews alongside the dramatization of their adolescent lives makes for some highly entertaining viewing.

The heist was doomed to fail from the beginning. Best buds Spencer (Barry Keoghan) and Warren (Evan Peters) are in their hometown of Lexington, Kentucky to attend Transylvania University. While both of them are intelligent with bright futures ahead of them, they feel like something is missing and long for something better—the dreaded “better” of the fake American Dream.

Transylvania University just so happens to be the home of a special collections library, which includes the original editions of John James Audubon’s extraordinary Birds of America as well as a unique Darwin volume and several other valuable books worth millions. Spencer and Warren believe it will be easy for them to steal these books under the care of the librarian and believe they’ll have no problem being able to sell these stolen pieces. In order to facilitate their plan, they enlist two fellow students, Chas and Eric, to map out the logistics. And I use the term logistics very loosely.

Realizing this, a couple of the boys hesitate on moving forward with the plan but are encouraged to press ahead because they’ve already come so far and have to see it through. They dress themselves as older men with gray hair and beards then proceed to act out their plan which collapses faster than a sandcastle. What follows is domino effect of one bad decision after the next and a poor ending to what could’ve been a fruitful college career for those involved.