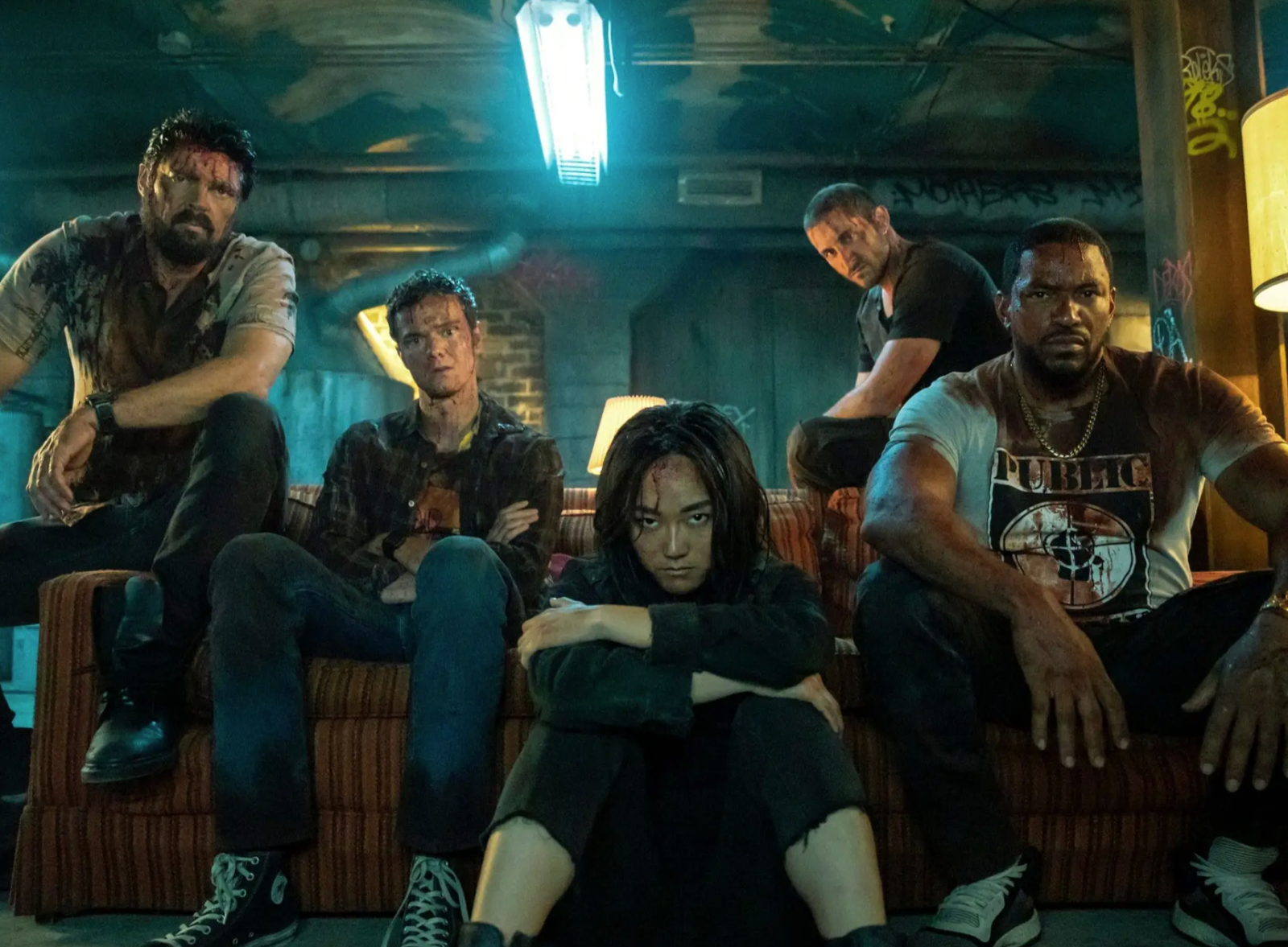 The boys are back and are even more outrageous than ever before. If you’re squeamish, sit this one out—S3 of the Prime Video series isn’t for the faint of heart. The Boys S3 holds nothing back, as it launches audiences into more gore, corruption, and absolute insanity this time around. Already known for its highly graphic content and “heroes” who are basically villains, some may think that by the third installment, there’s no way to push the envelope further. However, S3 found a way, and it’s something that viewers will likely never forget.

The American superhero series was developed by Eric Kripke at Amazon Studios and based on the comic book series of the same name created by Garth Ennis and Darick Robertson under Dark Horse Comics. The story follows Hughie Campbell Jr. (Jack Quaid), as he discovers that the superpowered beings (supes) with celebrity status that work for the corporation Vought International aren’t as heroic as the media portrays them to be. Haunted by a personal vendetta against the supe, A-Train (Jessie T. Usher), who accidentally killed his girlfriend while on drugs, Hughie joins “The Boys,” a group dedicated to taking down supes.

The Boys are led by William “Billy” Butcher (Karl Urban), who hates all supes–especially, “the Seven,” an exclusive group of superhero elites led by the corrupt and violent supe, Homelander (Antony Starr). Season 3 continues right after the events of Season 2, as Homelander faces public scrutiny after being in a romantic relationship with a white supremacist supe named Stormfront (Aya Cash). As he works to smooth things over (or not) with fans, The Boys plan their next move to eliminate Homelander, but this time, by working for the government. As usual, things don’t go as planned for anyone, and chaos ensues.

The particular catalyst for calamity this season comes from newcomer Soldier Boy (Jensen Ackles), and the history of the team he once led, called Payback. S3 is ambitious with new characters, fitting in comic book moments–like the famous supe orgy called Herogasm, including a musical number led by the usually mute character, Kimiko Miyashiro (Karen Fukuhara), and exploring Black Lives Matter, all while keeping the storyline cohesive. For the most part, S3 delivers on everything it teases and more. The Prime Video series packs a mean punch that will leave audiences with their jaws on the ground every single episode.

The Good: The Boys S3 is Deliciously Insane

While there may be an excessive amount of superhero shows out there, not one of them is like The Boys. The show serves as an obvious cautionary tale about the dangers of super-powered beings becoming celebrities, influencers, politicians, and even revered as gods. It warns that power ultimately corrupts people, especially when their actions go unpunished. However, the show goes further than a morality lesson by showing viewers some of the most immoral behavior their eyes have ever seen. It’s pretty fantastic.

S3 isn’t afraid to take things too far and aims to make fans uncomfortable yet thoroughly entertained. The balance of seriousness, violence, humor, sex, grotesque, loving moments, and completely new elements–is a hit. Yet, it could have easily been a mess with too many characters, storylines, and overall content. There’s a lot to cover this season, which could take away from what makes it unique, but each storyline is covered with care. Nothing is rushed, even minor characters get their time to shine under the sun.

This season also sets up a possible S4 quite well, as it feels like a natural progression that can be put together with another installment. With so many issues presented, there’s no way that all loose ends could be tied up in S3, and that’s okay. The unpredictability is refreshing. Each character’s motives aren’t announced or overshared compared to other shows. There are some with plans that audiences aren’t privy to–which makes them even more dangerous and compelling.

There are betrayals that many won’t see coming and twists that will blow minds. It’s not cliche. It’s not boring. It’s insane. For those looking for something that they can binge-watch from the edges of their seats–this is it.

Even the characters that some don’t like as much present some interesting moments and help to push the story forward (in a non-forced kind of way) or even as comic relief. Standout performances come from Antony Starr (Homelander), as usual, he masters being an all-powerful baby that throws disturbing tantrums when he can’t get his way. Beyond that, he continues to illustrate the absolute pain that comes with the pressure of being the “perfect” supe. Following his noteworthy portrayal, other standouts include Karl Urban as Butcher, Fukuhara (Kimiko), and Tomer Capon (Serge/Frenchie).

The Bad: It Can Get Disturbing and Repetitive

While this is the third season and fans should know the drill by now — S3 takes on a new level of intensity. S1 and S2 were wrong in some of the best ways, but people may think that S3 is wrong in the worst ways. It’s fueled by gore and sex — often combining the two. It’s heavily graphic, and probably one of the most disturbing shows that people will ever see. So, not great for kids and even some adults. Proceed with caution and know that it may require some fast-forwarding or looking away for those that can’t stand extreme violence in ways they never imagined they’d see.

In addition to the gore and sex, certain themes and discussions can also be triggering, as this season explores issues of racism, sexism, physical and emotional abuse, and more. Again, these aren’t novel to the series, but they take different turns this time.

Occasionally, characters are so unbelievably delusional about their own power (or lack of it) that can be frustrating. It’s a cliche: weaker characters think they can do damage, but end up hurting the mission and self-sabotaging the team’s goal. They’re plot devices that serve to make things go wrong–but it gets a bit redundant at times. In a show with little innocence, naive characters (not including children) drag the authenticity down.

Focus on media propaganda, interviews, and the overall image of Vought gets a lot of screen time. S3 throws supe propaganda out there left and right, and it may be tedious for some. Either that or people won’t believe how gullible the public is depicted to be. It’s a core part of S3, so if fans don’t like it—they’re in for some dull moments.

The Verdict: The Boys S3 is Fulfillingly Twisted

Point blank: for those that loved previous seasons of The Boys that are down for things getting more graphic and messed up–this will likely be one of the best shows of the year. It’s more complicated than most super-hero shows while also being easy to binge-watch. Regardless of anyone’s comic book familiarity, it’s got a wealth of rewarding content that will be shocking, gross, and exhilarating at the same time. Most of all, at the center of everything going on this season, the show continues to have heart — even if it’s not attached to a body.