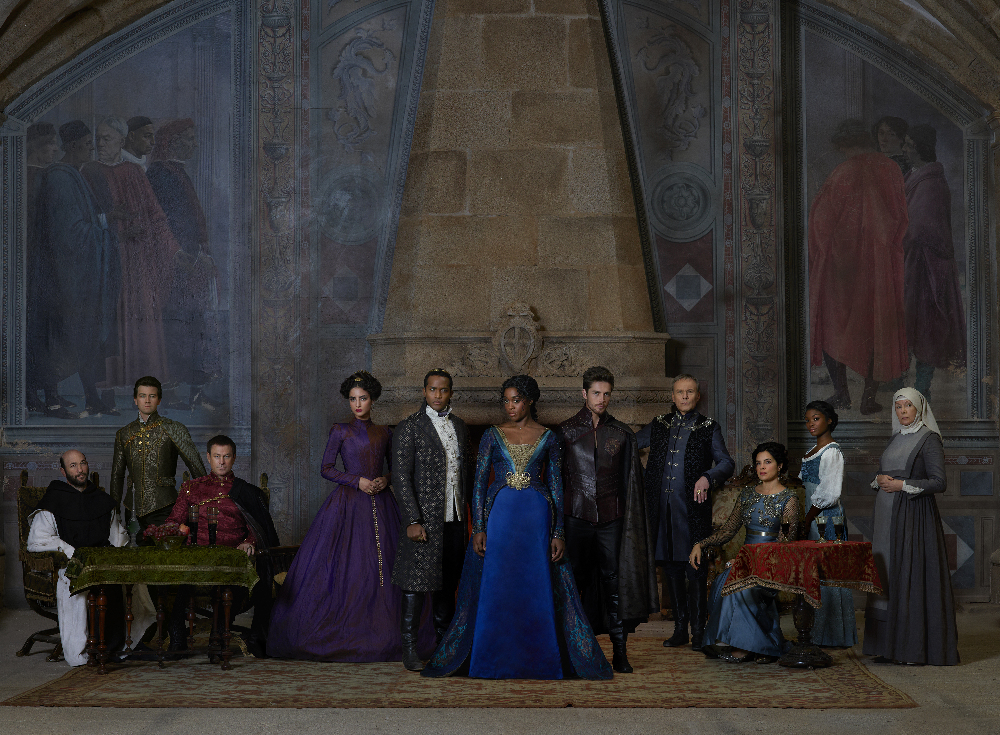 Shondaland TV has done it again with changing the game in how we see diversity on the small screen in her latest project Still-Star Crossed.  The story of this new innovative take on William Shakespeare’s classic play Romeo and Juliet begin after the tragic deaths of Romeo Montague and Juliet Capulet.  Sharing bits and pieces of what happens in Shakespeare’s play shouldn’t be a spoiler since we all know how the story of Romeo and Juliet went down.

Rosaline Capulet played by the alluring English actress Lashana Lynch is our protagonist in this dramatic tale, and she is betrothed against her will to Benvolio Montague by Prince Escalus.  The Prince wishes to end the bad blood between the Montagues and the Capulets.  However, this arranged union is what leads to a series of events that begins to tell the tale of the stories of these characters in the new ABC drama Still-Star Crossed.

After viewing the pilot episode, I want to share five things everyone will be talking about when the pilot debuts May 29th.

A Black Woman Is Our Heroine

Our hero and lead protagonist of this story, Rosaline Capulet sets the tone and is the launchpad for this story.  The TV series is based on a book of the same name by author Melinda Taub.  We’re grateful to Shonda Rhimes for making Rosaline a beautiful dark skinned character played none other than by actress Lashana Lynch who is just divine! If you remember in the Shakespeare story, Rosaline is Lord Capulet’s niece, Romeo’s first love at the beginning of the play. However, when Romeo meets Juliet, his world dramatically changes, and he falls in love.  In Still-Star Crossed, we see the story from her perspective as she is entangled within many story arcs including Romeo’s, Benvolio’s, Lord Capulet’s, the Montagues, and Prince Escalus.

Black leads are nothing new to Shondaland, but in a period drama, it is kind of a big deal. This Shakespearean tale has so many characters of color, and it’s beautiful to see so much diversity in this episode.  Don’t be alarmed either when you see siblings, parents and all kinds of relatives are from different ethnic backgrounds! If you were a fan of the universe in the made-for-TV movie musical Cinderella starring Brandy, Whitney Houston, and Bernadette Peters; then you will love and appreciate the racebending and mixing in this new narrative.

Black Love In A Shakespeare Story

I was wondering and hoping that in this period drama with so many characters of different ethnic backgrounds, that if somehow we will get to see some Black love on prime time TV.  I wasn’t disappointed since it is a major plot point, I won’t drop the spoiler here, but there is finally some Black love happening here that I was so thrilled to watch unfold on my screen.  Black love in Shakespeare on my TV. I’m so glad I’m around to see this finally!

The Men Are Hot

Okay, the superficial geek girl in me cannot ignore the fact that one thing that is consistent in the Shondaverse are incredibly sexy men.  Actors Sterling Sulieman, Wade Biggs, Torrance Coombs and Lucien Laviscount are just a handful of eye candy you can expect to see on this show.  I was panting heavily as each graced the screen and was thankful to Ms. Rhimes for always making sure the men of Shondaland are gorgeous and painstakingly beautiful.

A Captivating Drama That Never Loses A Beat

I’ll be honest; I thought that since I’m already familiar with the story of Romeo and Juliet, that somehow my attention span would be compromised since I knew what to expect.  However, if you’re coming in expecting to see the Shakespeare story played out, be prepared to experience the opposite.  The exposition does start with some R&J background, but the storytelling dives into creative liberties based on Taub’s book.  There’s a ton of action, romance, drama, and incredibly groundbreaking performances by actors Lynch and Sulieman.  The tension builds up from one scene to the next and keeps you engaged in every character’s arc.

The pilot for Still-Star Crossed is strong and delivers.  I do hope that the following episodes this season continues to maintain and build on that momentum because it’s not easy to carry on a strong pilot and expect the next episodes to live up to the first episode the same way.  I think the story is enough to keep viewers hanging on from one week to the next due to Lynch’s excellent work on Rosaline; a character who is complex and has a backstory that has a lot to unpack.  The drama of a family feud interlaced with unbridled romance and sword fights galore; this series will have you on the edge of your seat as well as have you and your friends talking about it for several days afterward!  Get ready Tumblr; there’s a new fandom to become obsessed with!

Still-Star Crossed premieres on Monday, May 29th on ABC.

Does Lashana Lynch’s 007 Finally Put an End to the Pesky “Ladies Man” Trope That Has Plagued the Franchise?