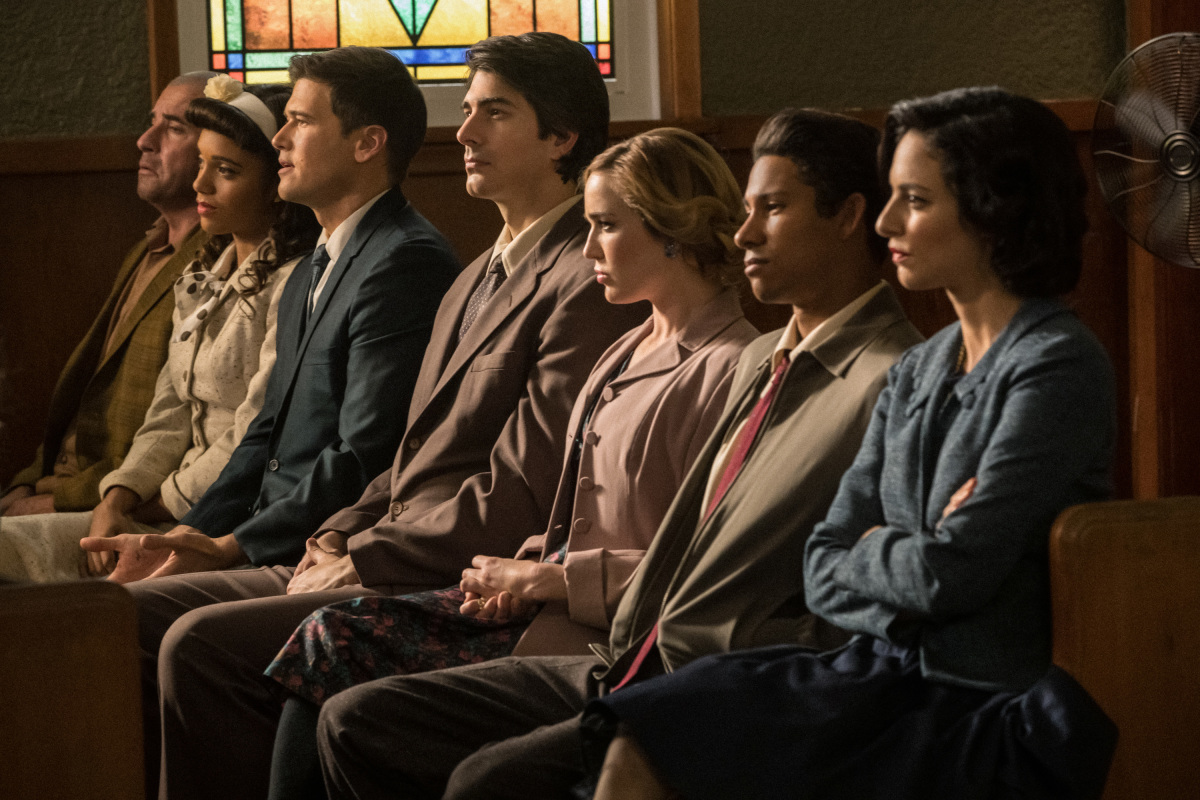 The Legends of Tomorrow meet Elvis and find the totem that rounds out the set of six. However, the person who has the totem is suspect to me. He breaks up the girl power set and is actually insulting to the WOCs who bore the rest of the totems. Let’s dive into the episode so you can see what I’m talking about.

This week, Elvis is the target as the Legends pinpoint the locations of the sixth totem and a major anomaly in danger of busting the weakened seams of time. Seriously, time is tearing apart to make way for Mallus.

The crew is hyped to meet Elvis, Nate more than anybody. After all, he is a history geek, and Elvis was seen as a pivotal figure in rock music. This is despite all the moves, the sound, the style and let’s not even mention the songs he stole from black performers to get his legendary status. Apparently, he had more help than that. Elvis had the sixth totem — the death totem. Zari’s totem found it. It glowed as Elvis played in his fundamentalist uncle’s church. As Elvis started feeling his music enough to do his signature hip move, Zari’s totem power all the way up. It lifted her off the ground and floated her in the air. She hung around long enough for the fundamentalist uncle to have proof that Elvis played “the devil’s music” and needed to be stopped.

So, they find out eventually that the totem is a jewel that belonged to Elvis’s late brother Jesse. The totem made his talent powerful, enough to move souls and raise the dead out of the grave. Okay, I get that part of the story. However, what I don’t get is why the totem had to be possessed by a white man when the rest were harnessed by women of color. Was it too much to ask that the girls get to have this one? That the melanin-rich sisters have their own plotline for once? I know that the Arrowverse has (finally) been generous to Iris and made her one of the more prominent characters on The Flash this season. It wouldn’t have hurt to let another woman of color bear the sixth totem, making them a little sisterhood. There is enough space in the multiverse for more than one brown girl to have the center of attention, folks. You could have even opted to just preserve the “girl power” by making a white woman the totem bearer.

But a white dude? And Elvis? He was a racist and a misogynist. The stories of how he slept around and used women are rampant. He was dating his future wife Priscilla when she was only 14! And, although he was said to have friends like Ike Turner (you know, the guy who brutally abused Tina Turner and stole her money when they were together), Elvis is still said to be a racist. He is definitely the poster child for an era where Black songwriters found their work copyrighted by White writers and Black artists heard their music re-recorded by White artists. They were denied airtime by White DJs and station owners as well. Despite their hardship, these artists created a sound that would become rock and roll. It just would come through Elvis’s lips.

So, making him a totem bearer is all kinds of problematic and was a very bad idea. I also once again take issue with the show’s light-handed treatment of the Jim Crow era laws in the South, that would have prevented Wally, Zari, and Amaya from moving as freely as they did through the streets of Memphis, bumping into White folks, entering through front doors, and sitting in the front pews. Tennessee was not a POC friendly town at that time. This goes back to my commentary on the Old Hollywood episode, the Legends of Tomorrow are really trying to whitewash the country’s racist history. It’s a shame for a show that is based on righting the wrongs of history. Making a blow to Jim Crow would have made for great television right now.

The totem does eventually get into Sara’s hands, and next week, we’ll see how that turns out. Until then, I will sit in my disappointment with the show this week and its miss opportunities to do some really good works for our culture at large.

The Problem with the Biopic

Review: ‘Elvis’ Dazzles As A Tragic Look In Fame As Validation