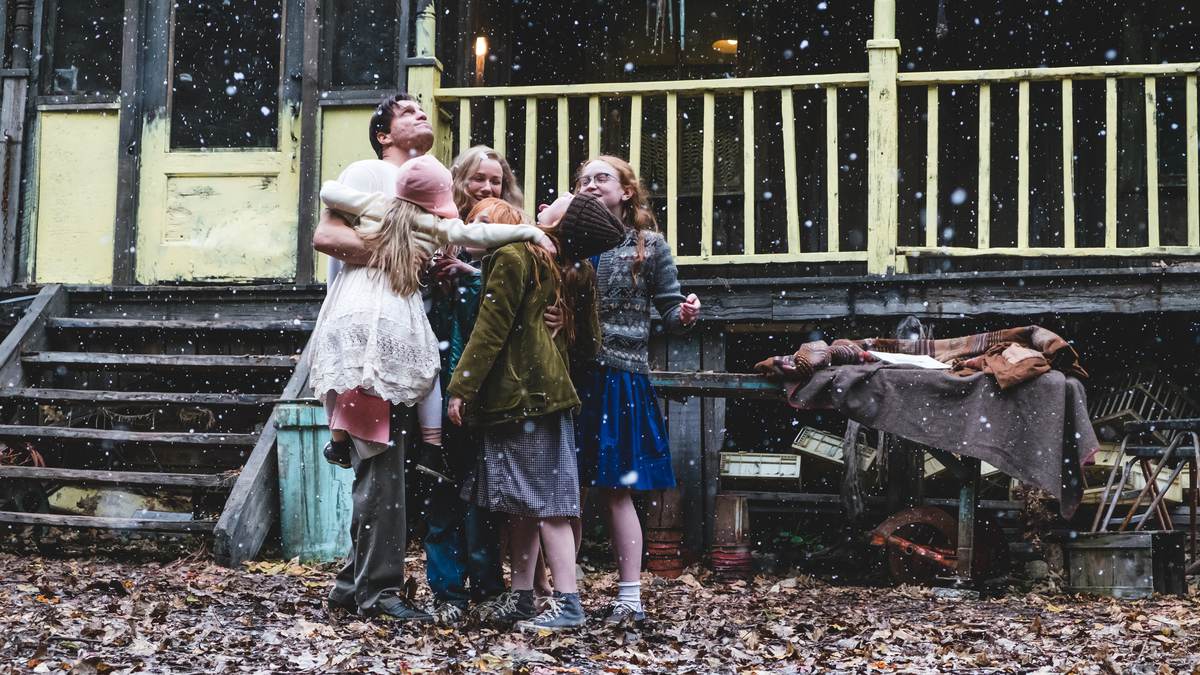 In The Glass Castle, an adult Jeannette Walls confronts her poverty-stricken past so she can move into future with no emotional baggage. After moving away from her parents and arriving in 1980’s New York City, she makes a name for herself as a famed gossip columnist for New York Magazine. Fast forward 18 years later and Walls is releasing her first book, (by the same name) which is an autobiographical account of her nomadic and troublesome upbringing with her parents and her three siblings. Directed and co-written by Destin Daniel Cretton (Short Term 12), the film dives into the kinds of problems that arise among people who are bound together by blood and loyalty.

When we first meet Jeannette Walls (Brie Larson), she is in New York City and living a well-adjusted life. She is newly engaged and as she prepares for her wedding, she realizes she must tell her parents Rex (Woody Harrelson) and Rose Mary Walls (Naomi Watts), but there is just one problem: they choose to live as poor squatters living on the lower east side. Jeanette is diligently trying to distance herself from them, but this causes her to examine the course of her life, starting with her childhood memories. This is where the audience learns that Walls comes from humble beginnings with her parents’ own brand of child rearing. The one thing that gives the family hope is the promise of a glass castle, which Rex Walls has been determined to build but never got around to.

Destin Daniel Cretton has become the crown prince of dramatic indie cinema. His minimalist shooting and compositional style allows the audience to become enraptured in the story and the performances. He teams up with Brie Larson again (after their work on Short Term 12), to bring Jeannette Walls’ story to life. Cretton co-wrote the screen play with Andrew Ladd, and they approach Walls’ life of family dysfunction and balance it with the power of forgiveness. This adds new dimensions to Jeannette’s story as the audience isn’t beaten over the head with its heavy handed material.

And Brie Larson handles the material so well. In her recent interviews about The Glass Castle, she mentions finding the heart of her performance through her personal interactions with the real Jeanette Walls. Those encounters helped Larson channel that raw angst Walls felt while living in New York City. She’s an electrifying actress who can conjure so much depth and emotion. Simply put, she is one of the best young talents in Hollywood and will have a long legacy in the industry.

Woody Harrelson is the underdog whose performance shocked and stood out for me. He isn’t the actor I would have initially chosen to play Rex Walls, but his talent cannot be denied after The Glass Castle as this role requires so much of him. He is charismatic and vulnerable, neglectful yet charming, philosophical yet volatile, a loving father and yet so emotionally damaged. With so many aspects to this complicated man, Harrelson takes in the full measure of the Rex Walls’ personality. I had known him as someone who frequented action films, but he is expanding his repertoire to show his range of talents.

I have read several reviews from other critics about the movie. Some of them agree that while the film is beautifully shot, the idea that Jeanette Walls would forgive her parents after years of neglect and abuse, rings false within Cretton’s script. While these ideas have validity, this thought process seems a bit tunneled. That’s just the way it is for some families. They love and hate one another simultaneously. Sometimes you have to meet people halfway if they are willing to do the same for you.

Children don’t always see the world in black and white, and Cretton wielded those grays areas in this movie. While Jeanette Walls had a tumultuous home life, she still manages to to find common ground with her family. You can always find beauty in the struggle, and if that’s the truth that Jeanette Walls lives in, no one can take that away from her.

A Drop in the Hat for Awards Season? ‘Just Mercy’ Releases its Trailer

Review: ‘Captain Marvel’ Gives us the Definition of What Girl Power Is