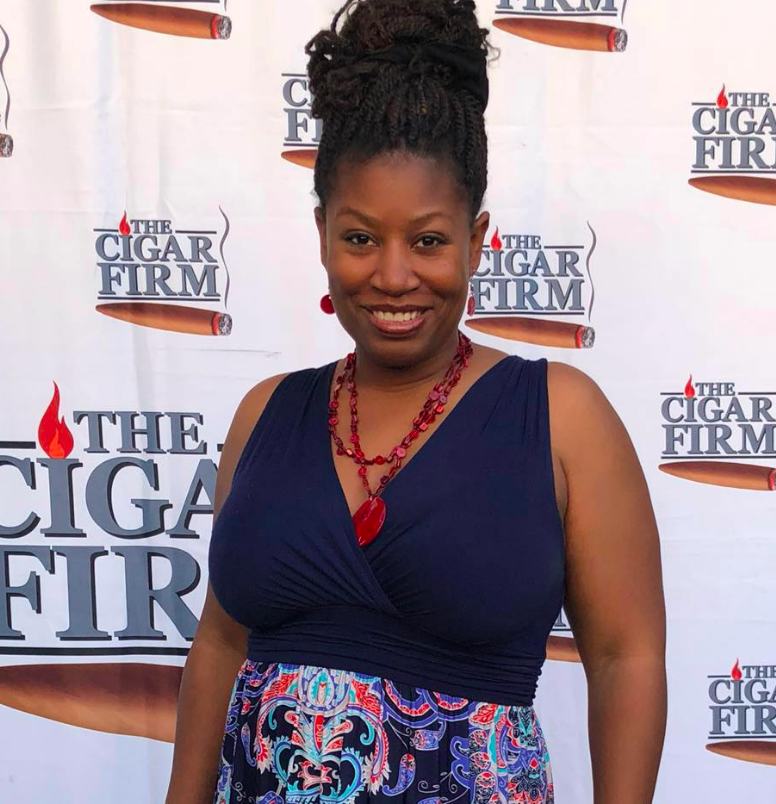 It was a photo that fellow Gary, IN native, Talicia Raggs posted on Facebook that prompted me to message her. She, and actor, Geoffrey Owens, smiling broadly on the set of CBS’s hit series, NCIS: New Orleans.

Geoffrey Owens has been the target of controversy as a photo surfaced of him online working at Trader Joe’s and he was publicly shamed for it. After receiving a swirl of vitriol, actors and fans came to his defense. Today it was announced through Deon Taylor’s company Hidden Empire Film Group — Owens and Damaris Lewis (BlackKklansman) will star in his noir thriller Fatale, which just began filming in Los Angeles. Owens and Lewis join Hilary Swank, Michael Ealy, Mike Colter, and Tyrin Turner in the story that centers on a married man (Ealy) who is tricked into a murder scheme by a seductive female police detective (Swank). Lewis plays Michael Ealy’s character’s wife, Traci, while Owens plays his attorney.

Talicia, the daughter of Gary City Clerk and former Gary deputy mayor, Suzette Raggs, and, radio personality, Jim Raggs, is a writer for NCIS: New Orleans. Like Owens, and, every human being working to live, she’s had her share of in-between gigs. I talked to Talicia about that, the growth of Black and diverse writers in Hollywood, and, what her mama remembered about her destiny. 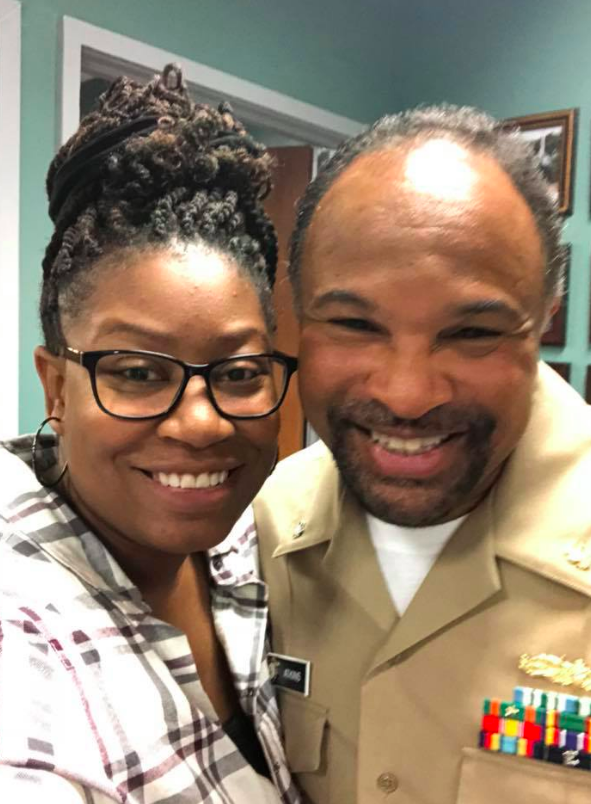 Lisa D. DeNeal: Thanks for talking to me, Talicia! I know it’s hard to catch up with you.

Talicia Raggs: Not a problem! And, I know about Black Girl Nerds!

DeNeal: OK, cool! How long ago was that photo of you and Geoffrey taken?

Raggs: It was last Wednesday (Sept. 12). I posted immediately after taking the picture.

DeNeal: When will the episode air?

DeNeal: How did it feel, writing this episode, knowing Geoffrey was guest-starring?

Raggs: It was a situation of serendipity. I was writing it, not with that in mind, but when his photo at Trader Joe’s went viral, there was a discussion with my staff, as all of us writers have had those times. You know, the industry is feast or famine type of business. You have times when you feast for a while, and, then, you have famine. We were appalled that Mr. Owens was shamed that way, because, all work is good work. The entire staff was sympathetic to his situation, and it was the push from my bosses, executive producers, Adam Targum, and Chris Silber, to do something about it. We were already casting my episode, and they made a push for this to happen. We are well aware that, Mr. Owens is a great and accomplished actor, but we saw this situation as, “Oh! He’s available? Thanks, Fox News!”

DeNeal: How long have you written for NCIS: New Orleans?

Raggs: This is my second season. The writing staff lives in Los Angeles, and, when it’s time to shoot an episode, which is about a three-week prep and production, they send us to New Orleans, so there’s really no downside about the job. I’m really happy and grateful to be here.

DeNeal: How long have you been writing for television?

Raggs: I got my first writing gig in 2005. The show was called, “Thick and Thin,” and, it was about women and their weight issues. It was a comedy scheduled to air on NBC, but, it never did. It starred Jessica Capshaw before she joined Grey’s Anatomy.

Raggs: Yeah. And from there, I went to, Saving Grace, starring Holly Hunter, for two years, and, I tell you, that was a fantastic experience! To watch Holly Hunter say your words…it was a thrilling experience.

DeNeal: I bet it was!

Raggs: Then came the writers strike, and, the recession. The strike was in 2007, and, the recession happened shortly after. It was a double whammy for the entertainment industry. So, that was the first time I had to take a step back because the industry was detracting from lower level writers. I was a lower level writer at the time, and, they were not hiring, lower leveled writers as they do now. It was extremely difficult, so I had to get another job. What I did, was take a step back, and, got a job as an assistant. Even though I had written for television, being an assistant on a TV show where you can still be around writers, to me, was almost as good as being a writer in the writers room. I wasn’t going to let the industry shake me up.

A lot of people ended up having to leave the industry, to get other jobs in the country to support their families. Well, I did not have any family with me, so I took any job that I could to survive. And it paid off because I was still able to have meetings with showrunners, and executives. Eventually, I was offered a writer staff position on NYC 22, which was a number one show on CBS that was shot in New York, and the writers lived in New York. Another reason why I was blessed to be on that show, is, the head writer and creator, was also author and screenwriter, Richard Price (Clockers, The Wanderers), who has an illustrious career. I learned a lot from him. I was blessed, because, had I given up, the opportunity to live and work on a show in New York, which was a dream of mine, wouldn’t have happened.

DeNeal: Then, you worked as a writer on, Switched at Birth, which aired on, ABC Family (now, Freeform).

Raggs: Yes, and, I wrote for The Originals on the CW, and, from there, to NCIS: New Orleans.

DeNeal: Has there been an increase in black writers?

Raggs: In the 13 years that I’ve written for television, I can say without a shadow of a doubt that there’s an increase of black writers. However, is that increase representative of the population? Probably not. We’re not just writing for Black TV shows, we’re writing for Asian and Latino shows. I don’t believe that Black people can only write for Black shows. There’s research on the culture and background, but, it’s always good to have at least one Black writer in the room.

DeNeal: Did you always knew that you’d be a writer?

Raggs: My mother loves to tell this story (laughing). I was going to the Air Force or the Naval Academy. I was a drama major at Emerson School of Visual and Performing Arts, and, I loved dancing, acting, writing poetry, and plays. And I would have my sister and brother do these acting gifts for our parents. I did this as a kid, but never thought it would be a career. In my senior year, I did a program called Clarkson School, where I did my senior year and freshman year of Clarkson University at the same time. And it was an engineering school, but we also had to take writing classes. I excelled in my writing classes so much, the professor said I should be a writer. I said no, but he kept pressuring me. I said I would apply to the number one film school in the country, which was the University of Southern California, and if it was my destiny, I will get accepted. So I applied, and, it was destined. So, my parents and I are at the airport, and my mom says, ‘you’re finally going to Hollywood, huh?’ I’m like, what do you mean, finally? And, she goes, you don’t remember? From the time you were two, until, the time you were four, you said, you were going to Hollywood! “Mom, will that train take me to Hollywood? Mom, will that plane take me to Hollywood?” I have no recollection of saying that!