The Black Panther: Long Live the King series from Marvel, exclusively for Comixology has been chronicling T’Challa’s struggle with natural disaster fallout, internal strife, and powerful being that causes the monarch to lose his Black Panther essence. We arrive in Book 6 which releases February 28, 2018, where a Nigerian girl Ngozi and her alien Venom symbiote hold the Black Panther mantle and his seat on the throne.

Ngozi travels to her hometown of Lagos in Nigeria to attend a family member’s wedding. There, she is forced to call out her Venom-laced Black Panther power in order to stop a gang of thieves who have mutant powers. The locals call Ngozi’s new power “a demon”, and yet they are proud of her windfall as the Wakandan monarch. They are as happy as they can be, despite their own problems with poverty and crime. As Ngozi tracks the criminals with her brother, she finds that ruling a wealthy nation does not exempt her from the responsibilities she has as a citizen of her own. 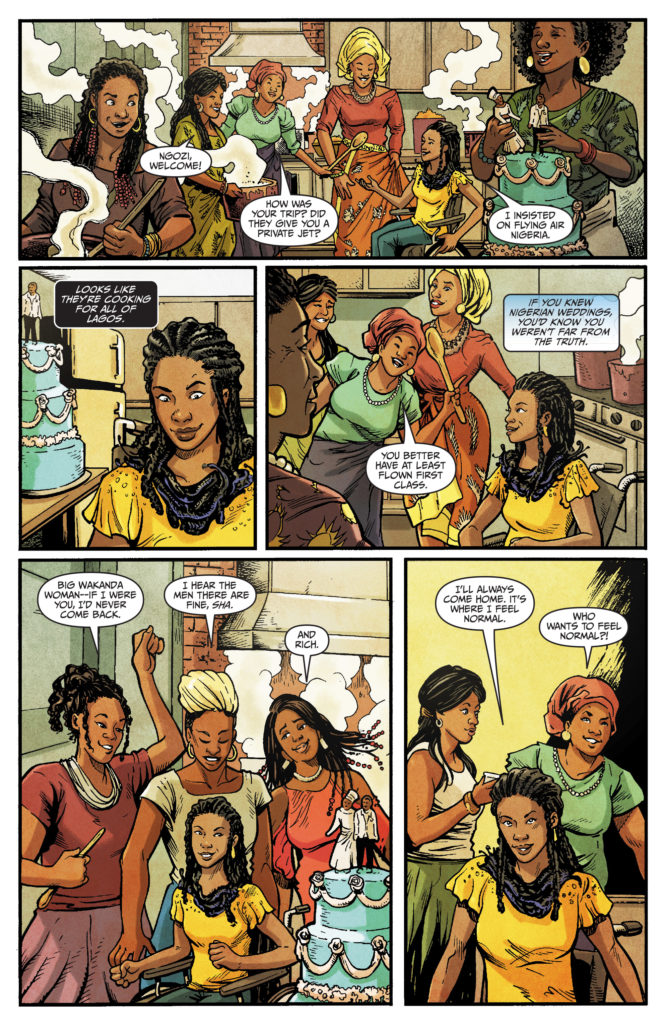 Author Nnedi Okorafor uses her expertise in bending the stories of the African diaspora to the beat of the Afrofuturistic genre as she writes four of the six books in the Long Live the King series. She told BGN all about it.

“Writing Black Panther felt like visiting a country for the first time, and not as a tourist, but as a diplomat. I couldn’t be passive during my visit and that made my visit even more interesting. I wanted to get to know T’Challa and the people and land of Wakanda. I wanted T’Challa to speak to me, I wanted to see the adventures he took me on, and I wanted to see him kick some butt,” says Nnedi. “I was a bit nervous, a good kind of nervous. Then I plunged in. And it definitely helped that I got to partner up with André Araújo, an experienced sorcerer of illustration obsessed with detail, motion and space, and a really stellar Marvel team.” 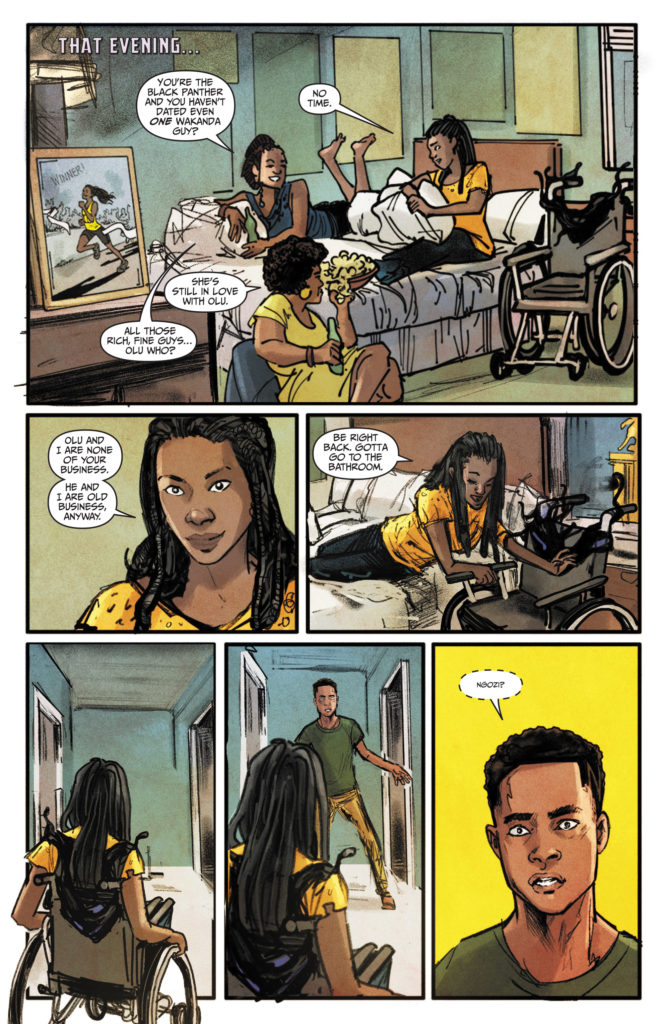 In this final volume, Nnedi draws on the very same issues that created Kilmonger we all loved in the recent film adaptation of the Black Panther comics, making the idea of a universal Black Panther more of a reality than it has ever been.  In Nnedi’s story world, the Black Panther is not a man named T’Challa, it is the essence of an Afrocentric superhero that is bestowed on the most capable, intelligent, and compassionate soul. Ngozi just happens to be the first to receive the gifts and responsibility of that essence after it passes from T’Challa.

Although the first five books are set in Wakanda, Nnedi was able to end the series in Nigeria, with a female Black Panther who is aided by a symbiote and is also paraplegic. It’s a lot to keep track of until you start reading the books.

“I know the sequencing for Long Live the King was a little confusing,” she tells BGN. “My Black Panther storyline was issues 1, 2 and 5. Then number 6 was the one-shot standalone Ngozi story, ‘Under the Bridge’, but that’s just how it had to be.” Unfortunately, unless Comixology and Marvel green light the idea, this is the last we will hear from Ngozi for a while. 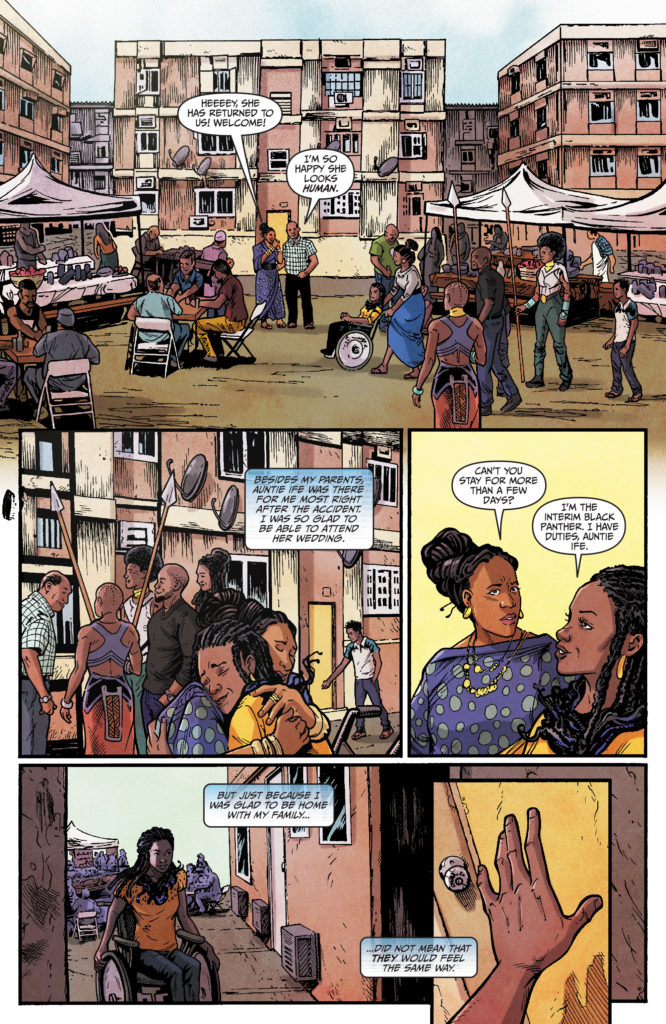 This is unfortunate, but Nnedi tells me that there are several more opportunities for blerd comic fans to experience her writing in the comic medium.

“I’m actually working on three comics right now,” she told BGN. “Two that have been announced, and one that’s currently a secret. The first is Antar: The Black Knight. A five-issue comic series on the Ethiopian Arab slave turned poet-warrior. The second comics project is one I haven’t talked about much because we are in the process of working on it right now. We just decided on the illustrator. It’s called LaGuardia, and it’ll be published by Dark Horse. It’s about immigration, aliens, & Africans, and the LaGuardia in the title is referring to the airport in New York…in the future. The third secret comics project is one that I’ll hopefully be able to announce very soon.

Download your copy of Long Live the King Book 6 on February 28th from Comixology and stay tuned to BGN for more news on Nnedi’s upcoming comics.

*All pictures of the pages are previews for the issue releasing on February 28th.