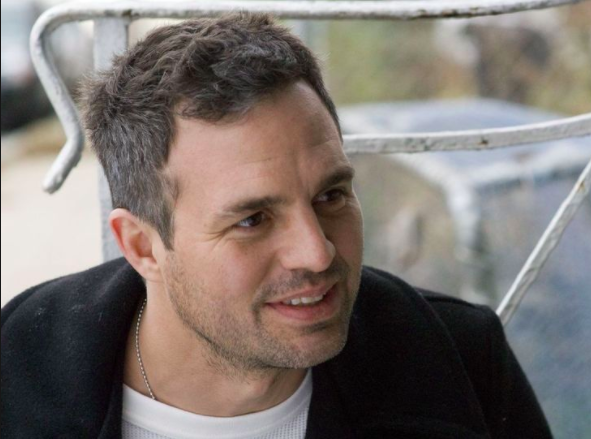 Marvel Studios is back again with its next film in their brilliant cinematic universe with the movie Avengers: Infinity War. BGN was on the set visit for the film and had an opportunity to chat with Chadwick Boseman and Mark Ruffalo — who were paired together — to discuss how their characters fit into the new ecosystem of the Avengers next series of adventures.

You can catch Chadwick’s portion of this interview here.

We haven’t seen Hulk since Avengers: Age Ultron, really, at this point (this set visit was before the release of Thor: Ragnarok).

He went to another dimension for a little while, and he met up with his pal, his good pal Thor. And they went on an intergalactic buddy trip. And then he came back, we were introduced to Thanos after doing a lot of fighting and now he’s brought back together with the Avengers.

What’s Banner’s dynamic like with the rest of the Avengers? I mean obviously he’s seen some shit over the multi-verse and now he’s back. He missed out on the Civil War, what’s that like, getting back into the field again with the Avengers?

I think he’s trying to find his place in the lineup. [Hulk] is having some difficulties integrating with the rest of the group. But he’s privy to some information that is essential to…survival.

Banner knows probably more about Thanos than anybody, and he’s really trying to impress on everybody how dangerous he is. It’s a little bit of a Chicken Little, you know he comes in screaming bloody murder. He’s seen what damage he can cause and how powerful he is, and the entire group is in disarray. So he’s also getting caught up on what’s happened here, and is trying to get them to transcend their differences in order to impress upon them how much danger they’re actually facing.

That sounds like a very good Banner reaction, does the Hulk feel any differently?

Yeah, the Hulk is also mightily impressed by Thanos.

In a lot of those stories about Thanos, Hulk is at a place where he’s speaking in complete sentences. Is he doing that in this movie?

So, we’re starting to find a Hulk…the vision between Hulk and Banner is starting to blur a little bit. And so, you have a Hulk that can actually express himself without being angry. Those sentences, yes. We’re getting into, like a five-year-old.

How much of this whole being terrified of Thanos is carried over from Ragnarok verses happening at the beginning of this movie?

So, Ragnarok will be out by then and it…starts in Ragnarok.

With the last time we saw Banner and Black Widow together, they were at a very critical moment…I’m curious to know how that might be explored in this film?

Yeah. In this film? They’re star-crossed lovers, so it’ll be something they’re dealing with for the rest of their living days I think, you know. Whether it’s requited or unrequited. So I don’t imagine that’s going to go away anytime soon. In one iteration or another.

What are some of the days like where you have just the biggest amount of cast on set? There are so many characters, I don’t know what you guys have shot so far, but I’m sure there stuff where there are even more characters than there are today.

Way more! This is the first day we’ve had so many different people together.

Hey Mark, thinking about the evolution of the Avengers films — well the first one — what were your challenges going into that one, and how the audience might respond to them, and how that might have evolved into Ultron, and how it feels going into this one now. Are they treated like different projects when you come around to them?

Oddly enough I joke with people, that this like doing a TV show where you shoot one episode every three years. But you know, there’s a continuity to it and when we talk about it with Marvel or Kevin, we really do talk about it as the character’s progression and where…you know, we have a lot, well I’ve been able to have a lot of say in where it goes, and you’re also dealing with a new script and a new world but the characters feel like they’re making a journey. And it does feel like one goes to the next goes to the next. It feels like a long serial, you know? Which is nice, I think.

What are the specific comic books that you read to help you prepare for this movie?

This felt more like a new territory, really. And it’s so different from the comic books. I mean there are elements that are clearly the same, but when you really start to get into the story it really, everything changes. Planet Hulk was a big influence for Thor 3, and the idea, just the inkling of the idea in World War Hulk starts…and I read way before we were doing this, and there’s some interesting stuff in there but honestly, nothing so far directly related to this.

You didn’t read Infinity Gauntlet or any of those?

Yeah, that was informative as well but then again, it just gets so…off of that topic, you know? It starts to become a little confusing, where you’re like why isn’t this in there, why are we doing this?

Character-wise, are there any interactions that your character gets to have [with other heroes] that you’re excited for?

Yes. What generally ends up happening, is we find stuff as we’re going along. We haven’t shot any of the…this is the first time we’re together, so we have a whole giant sequence coming up where we could interact or not, really you don’t really know. A lot of the pages, we’re just getting the morning that we’re shooting cause it’s so secretive too. But just today Don and I, Don Cheadle and I, never really had any kind of a thing, and now today all of a sudden there is something there.

I’d love to have more stuff with him, I think it’s really funny to have Banner and him together I think that’s really interesting.

Where do Tony and Bruce pick back up?

Well, coming out of Thor 3, Banner’s had a life-changing experience in Thor 3 that makes him much more expressive and not so…internalized, you know. And so it’s a little bit more combative, but like they’re not so in sync as they were. Plus, Banner doesn’t understand Civil War. He just doesn’t get it.

I was going to ask about that, cause like, previously these were the brains, right, Stark and Banner. But now with T’challa and the family and Wakanda people are so far beyond that tech. Are they key, and how does that play out that relationship and how essential are Wakandans to defending earth?

Hugely. There’s no way to overcome what they’re facing without in some way coming to terms with their differences and embracing their diversity. I mean that’s essentially a core value of the film, and that together, only together can they triumph.

Avengers: Infinity War will be released nationwide in theaters April 27, 2018.