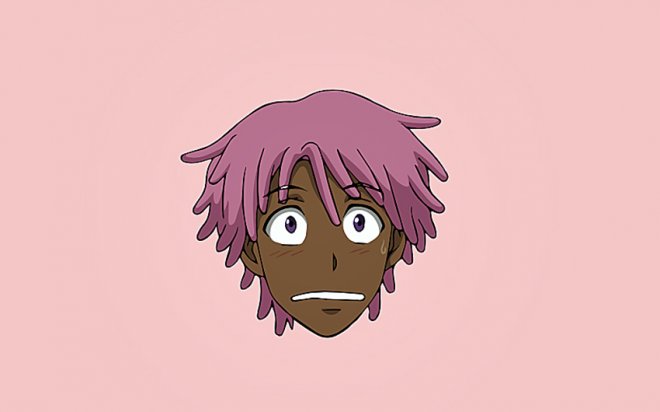 By now you may have received numerous warnings from friends to avoid Neo Yokio. Since its release on Friday, there has been an outpouring of bad reviews.

But how about we pause, just for a moment, and focus on what was good about Neo Yokio. Yes, good! Don’t @ me.

There were many problematic areas within the series; I will not ignore that. But you have to admit it does have potential. (Once you make it pass all of the classism.)

Here’s a list of what worked in the show. (Minor spoilers included below)

Not too often do we see anime characters of color. It’s refreshing to see how Neo Yokio depicts a young African American male: Smooth chocolate skin paired with short pink locks and violet eyes, sporting trendy sweaters and suits. His appearance is similar to so many anime characters I’ve seen, except Black, and he still has his own unique look.

The one prominent criticism I have for Kaz is that he has no character arc. He’s exactly the same for the entire series. When he’s confronted with the accusation that his lifestyle is not what it seems, he doesn’t even contemplate if that may or may not be true, he simply dismisses it.

2. The Other Characters, Also Cool!
What’s nice about this being set in America, specifically New York, is that this anime  displays more diversity compared to one set in Japan. Neo Yokio includes a multiracial cast of characters. Yes, there definitely could have been more diversity and with better representation, but this is still one of the more diverse anime I’ve seen, which is something new and refreshing.

Also, it’s interesting that both Kaz’s friends are black, but different complexions. That doesn’t sound like a big deal, but animation tends to regularly overlook that POC can be different shades.

The show comprised of common anime personalities: rich (I know they’re all rich, bear with me), rich eligible bachelor rival (Arcangelo), ride or die best friends (Lexy and Gottlieb), weirdo (Helen), a creepy villain (The Remembrancer), and love interests, amongst others.

Even though these characters on the surface are interesting, like Kaz, they are very two-dimensional. We know Arcangelo and Kaz constantly compete for the number one top bachelor spot and they dislike each other, but what are the stakes? Why would either of them care so much? Additionally, aside from tossing insults Arcangelo served no other purpose. Not even as a catalyst to further along the plot.

The only character that had depth was Helena. When we first meet her, she’s a superficial fashion blogger. By the end of the series, she’s an un-materialistic activist attempting to take down the corrupt high society establishment. 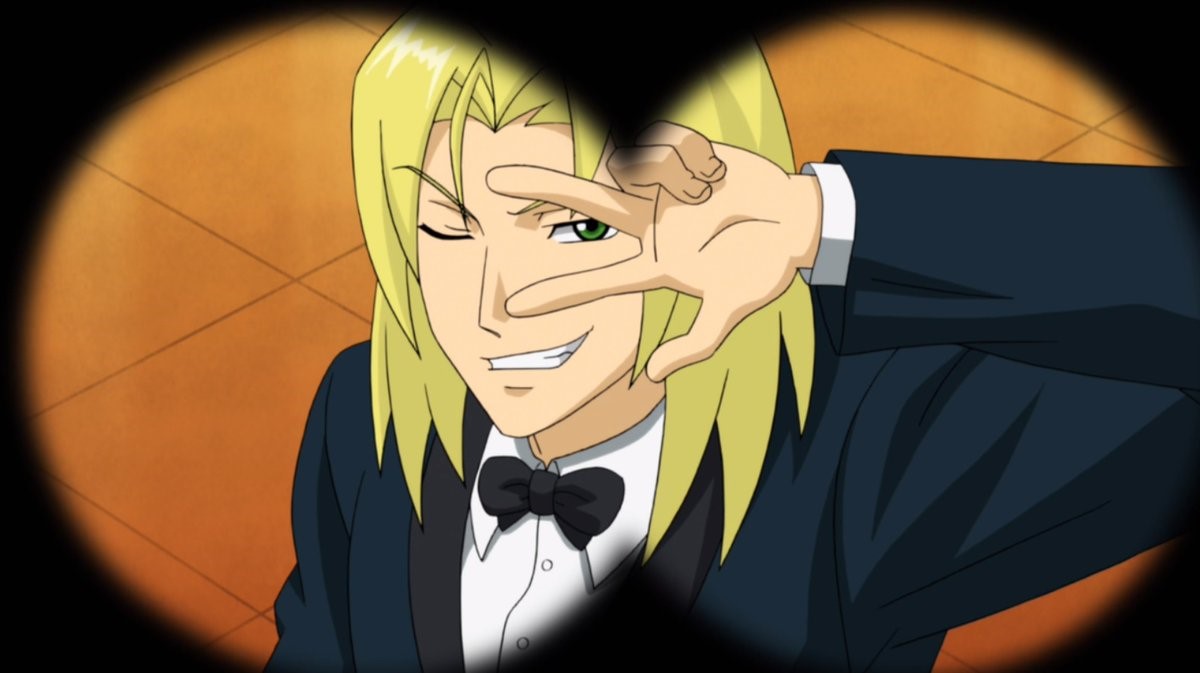 3. Neo Yokio, the City, is Stunning.
I’ve seen similar environments in other anime, but it was the first time I saw New York City portrayed in this way. 14th Street underwater is visually breathtaking. It captures your wildest dreams of a futuristic NYC.

The most eligible bachelor board in Times Square, no matter how ridiculous and annoying, is a fun idea to play around with. Turning New York into a race course and watching the cars drive through the fantastical re-imagined parts of the city is captivating. I would only have liked to see more. Most of the anime has the familiar landscape and architecture seen in the real city. 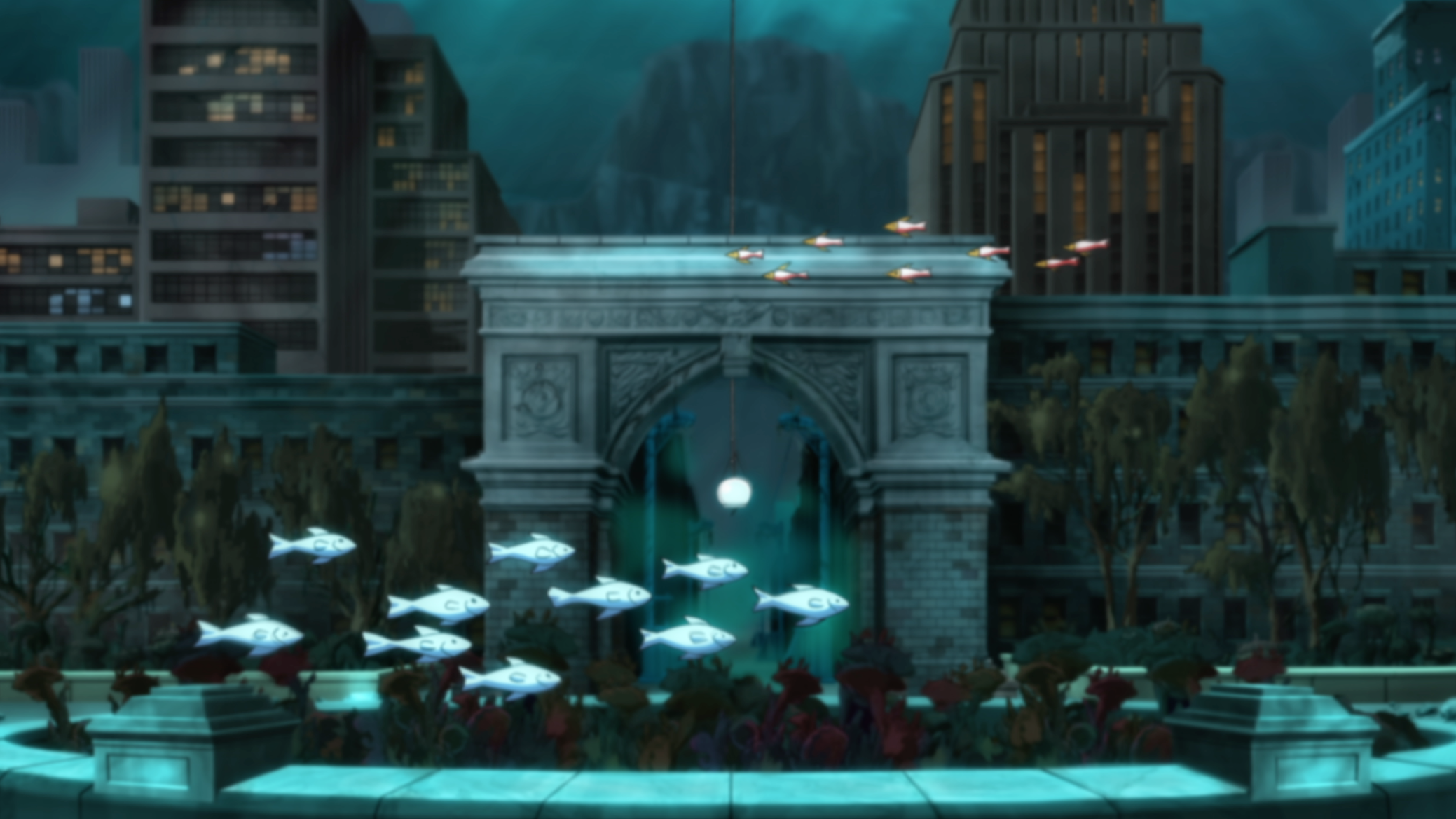 4. The Exorcist Plot. Thumbs Up!
Kaz is a part of a family coming from a long line of exorcists. According to his Aunt’s instructions, he takes on cases where he must exorcise upper-class people possessed by demons. Do I find that weird? Well, it is weird, but the exorcist theme is common in anime; check out Blue Exorcist and Twin Star Exorcists.

The pacing in the first episode starts off fine. It doesn’t drag and gives viewers enough time to take in what’s going on. It begins with a brief explanation of Neo Yokio’s history with demons and exorcists. We’re quickly introduced to Kaz and shortly after he’s given orders by his aunt for the first exorcist case we get to see. Before we know it he’s at the home of the victim, Helena. After he saves her, she has an epiphany and realizes the superficial, material lifestyle herself, family and friends have been living is all a fraud.

The concept of the plot is excellent. The execution is poor. With the way things are set up, it seems the main plot centers around Helena and her revelation. She pops up multiple times within the series and even challenges Kaz on his core beliefs. Yet more attention is given to random happenings within the story that don’t appear connected. Therefore, the plot drops off as soon as it’s introduced in episode one and doesn’t pick up until the end of the series. 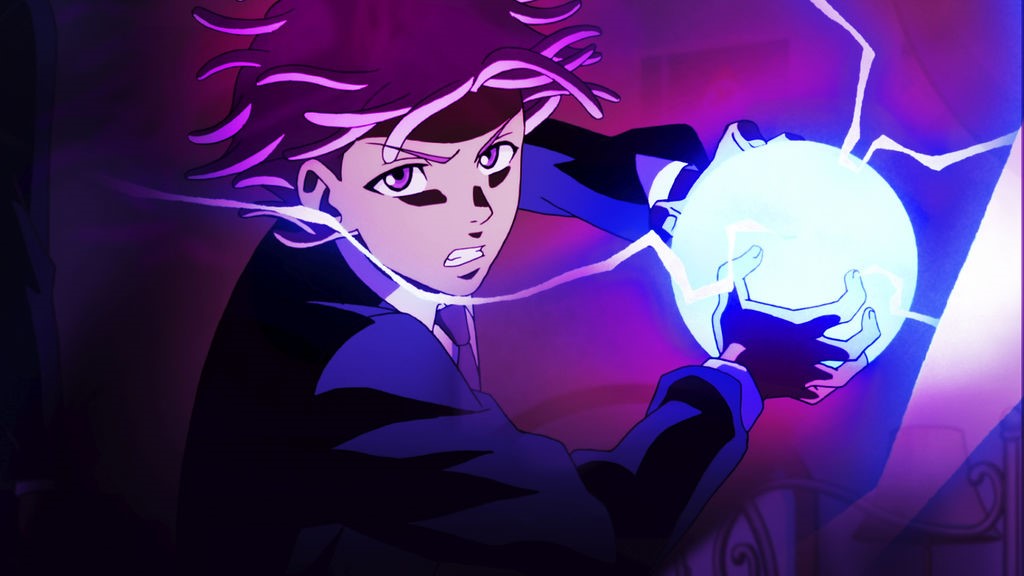 5. Anime Easter Eggs – Great for Nostalgia.
Clearly, the showrunners incorporated Easter eggs for anime fans. They were a treat for anyone in the know, but I wish they would have gone in deeper. The references were obscure. I’m not sure if that was because the showrunners assumed the average viewer wasn’t an avid anime watcher or if it was because they didn’t have adequate knowledge of anime themselves.

Nonetheless, the following are Easter eggs I caught:

Charles, The Mecha Butler – If you’re familiar with anime, then you know there is an entire Mecha genre with giant robots. (spoiler) Therefore, for fans, it wasn’t a surprise to learn that there was a person inside Charles.

Sailor Pellegrino Character – Obviously, this was a parody of the classic anime, Sailor Moon. The disappointment with this reference is that the only similarity this character had with Sailor Moon was the word “sailor.” I had expected a little more, like for the character to at least transform like Sailor Moon.

It’s almost like the show was being lazy and didn’t put sufficient energy into weaving in the anime shows they were parodying. It’s a shame because I’ve seen this done well with other shows. The Dexter’s Laboratory Speed Racer episode comes to mind. Within only a half hour they nail the very essence of Speed Racer. 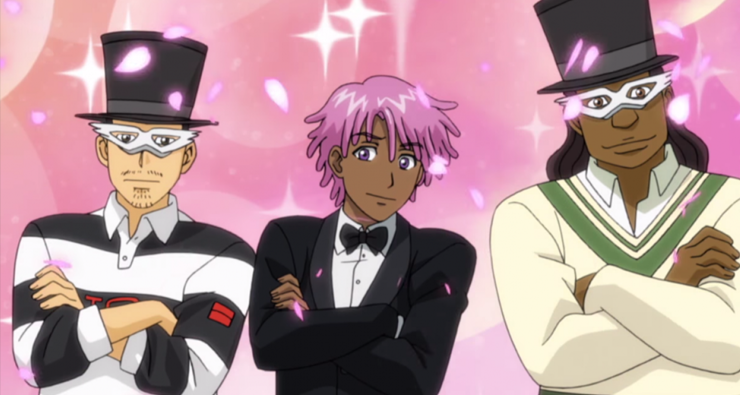 If you feel you would or would not like this anime, I recommend you watch. It definitely is quite the experience.

DY is an aspiring filmmaker and writer; she loves all genres but is increasingly becoming interested in writing fantasy and sci-fi. She’s also a martial arts practitioner; not a black belt yet, but getting there. When she’s not fighting, she’s spending all her time watching anime and movies and reading comic books. Follow her on twitter @dyprinzess.

I am speaking on behalf of myself, and my views do not necessarily reflect those of anyone else.