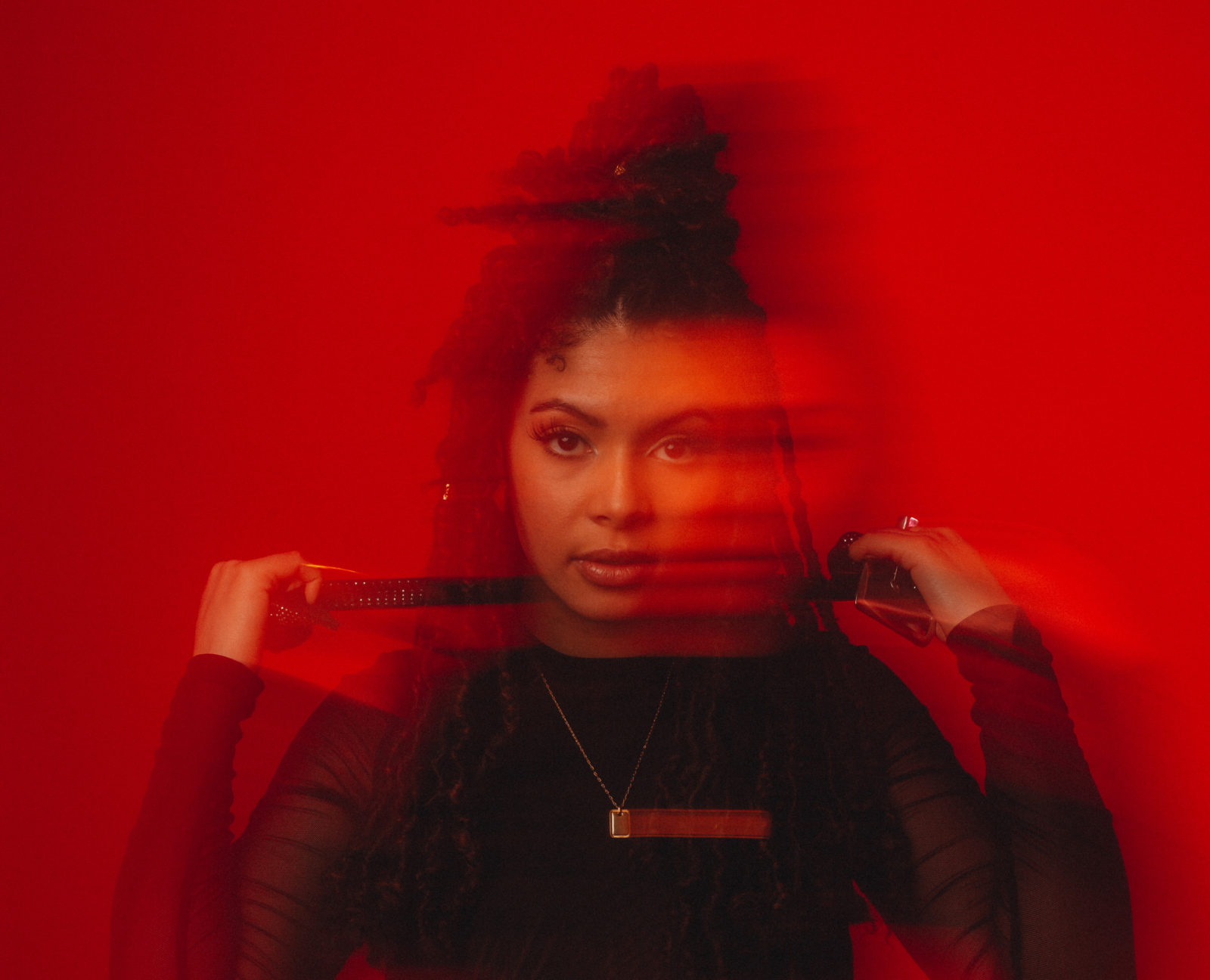 There’s a scene in Amazon Prime’s Night Sky where Denise (Kiah McKirnan) is having a conversation with her middle school friend. The friend implies that Denise got to go to college not by working hard. Instead, she was in college because she was Black and benefitted more readily from financial aid. She implied it was “easier” for Denise to escape their small hometown because… well, you know.

Denise knew, and McKirnan certainly knew. Night Sky has a lot of pluses and among them is the abolishment of the idea that: a) race doesn’t exist (the casting called explicitly for a biracial woman), and b) there aren’t any negative perceptions tied to race. It’s an endearing and refreshing break from being gaslit by projects with one Black face, and suddenly racism is a thing of the past.

Night Sky is an 8 part series on Amazon Prime that revolves around an elderly couple Irene (Sissy Spacek in her latest role since Homecoming) and Franklin (JK Simmons) and the pod underneath their cellar that appears to lead to another planet. Yes, like Prime’s Outer Range, it’s another sci-fi/meta-physical story involving the aged, and it’s just as mysterious and entertaining. Franklin finds the pod after a tragedy rocks his family, and he and Irene have been visiting it for over 20 years. Irene has gotten older and restless as she yearns to discover what’s on the other side of the otherworldly door.

Of course, they have to contend with a nosy neighbor, a weary and suspicious traveler, a teleportation cult, and a granddaughter whom they love but who reminds them of the worst day of their lives. BGN had the pleasure of speaking with McKirnan over Zoom about her career and journey through this enigmatic series.

I noticed, on your IMDB, that you had a short film in 2016, and then five years later, you were cast in the critically acclaimed HBO Max show Mare of Easttown. How does something like that happen?

The short film happened because the casting director for that film was the wife of my drama teacher in high school. She was amazing. She would always slip me these sides. I went to college for acting at Webster University in St. Louis, MO and she texts me like: hey, can you come home to Chicago for a weekend for this short film?

Eamonn Walker was in it with Monica Raymund [of Starz Hightown] directing, and I wasn’t allowed to do it! I was in my freshman year of the acting conservatory, but I said: I think I can be sneaky and make it work. So I auditioned.

So the next five years were just school?

Yeah! From that, Monica Raymund’s manager, Jill McGrath, reached out to me, and he asked me if I was looking for a manager. I said yeah, I knew it was the next step I needed to take.

Was that when you moved to New York City?

Yes, I began to sublet from college graduates there and worked a bunch of jobs. I was a nanny, a server, a hostess, and a dog walker, all while auditioning. I wrote out each of the auditions I’d had over the past five years, and there were 250! I only had callbacks for four of them! One of them was Mare.

That’s amazing! It’s one thing to see those works on IMDb and another to hear about the hard work behind them. Which is kind of something Denise contends with. What was it about Denise that appealed to you?

She was a student in Chicago, so I could identify. She’s a biracial daughter, and as a Black woman and as a biracial woman, it’s rare that you get that in a breakdown. Often people cast a biracial girl, woman, or best friend, and they’re looking for their little references. I was struck that they had decided to make that choice. That they took what I was made up of into account. When you get that validation early on in the process you feel very seen, open, and welcome.

Were there other ways you related to her?

One of my audition scenes was with Franklin in the diner. I’m adopted myself, by two wonderful white people who both happened to be of an older age. My dad is in his ‘70s. I love this man so dearly, and the conversation [with Franklin] was sobering. It was simply me telling someone I’ve depended on my whole life, who is capable and able-bodied, that maybe they’re not so capable and able-bodied anymore. I felt so connected to Denise in that way.

How are you different?

She’s very type A, and I’m not type A at all! I’m not a very studious person. I’m a free, creative, and loving spirit. Not that Denise couldn’t be, but in those moments, I can build a character and bring that heart and that feeling of familiarity with her.

Were the scenes of race awareness and tension built into the script, or did you have to make any suggestions? And what was it like seeing those instances?

When I first had the meeting with Dan [Connolly, writer], Holden [Miller], and Philip [Martin, Executive Producer], I had things that were important to me. I was going to have my hair always done. I feel like her mother was always the strong arm in the relationship between her and Denise’s dad. She was successful, beautiful, all those things. I think it was important for her to raise a strong Black daughter and one who was digestible in white spaces. So I knew my hair would always be done, curls poppin’, edges laid!

How about the scene between you and Sissy?

I needed to play Denise authentically. Originally the line was something like, ‘Do you not like me because of mom and where she’s from?’ and I told Holden, just say, Black. To say I’m Black is not a bad word. And he agreed. Holden was wonderful and a very good listener. I felt comfortable enough to bring that up to him. I wanted to make sure there was no appropriating language. She talked like a Black woman raised in a small town surrounded by white people.

I really am hoping for a second season because I have more questions about Denise’s mom and Denise’s journey.

In the show, I think she starts to wonder what she’s doing everything for. She can see the grief and how it’s disabling her family and unit. I think she realizes it can’t be her. She starts to crumble, and it starts to save her life.
Check out this series filled with twists, turns, and a lot of heart. All 8 episodes of