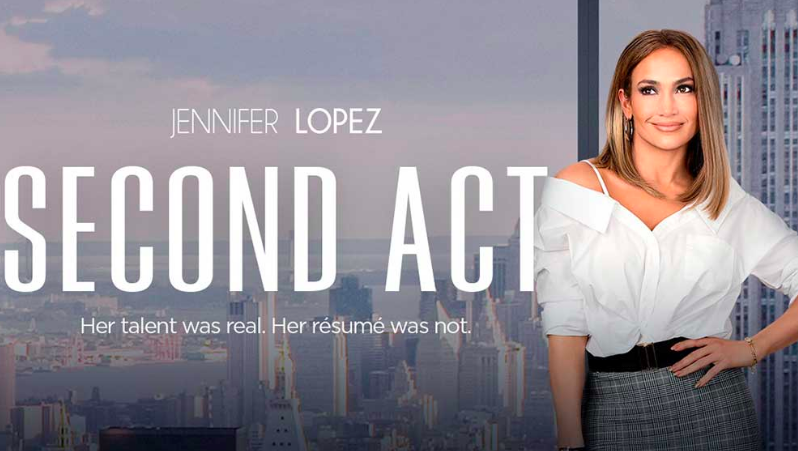 The friendship between Jennifer Lopez and Leah Remini has spawned for over a decade. It’s surprising that the two actors have never appeared together on camera before. Remini has built a successful career in TV over the years with shows like The King of Queens and her reality docuseries Scientology and the Aftermath. And Jennifer Lopez is not only a seasoned actor, but a professional singer and known to the world under her moniker J.Lo.

The Peter Segal film Second Act has finally given audiences an opportunity to see these two in action on the big screen. Produced and starring J.Lo, Maya (Jennifer Lopez) is a 40-year-old big box store worker who knows she’s worth more than the career path she’s on. When she finds out that she was passed on a promotion due to not having a college education as opposed her 15 years of sales experience — she’s willing to take the risk and the chance to prove her quick-witted skills as a sales executive.

Her best friend Joan (Leah Remini) encourages her to pursue her dreams of running her own sales team along with her technologically-savvy son Dilly (Dalton Herrod). After Maya makes a birthday wish, Dilly gets a little too zealous making her wish come true by creating a whole new identity for Maya. He submits a resume to Franklin & Clarke — a high-level company specializing in makeup and skin care products.

Unbeknownst to Maya that her educational background on her resume has been completely fabricated, she lands an interview with the company’s founder Anderson Clarke (Treat Williams). It’s not until after the interview during a round of questions, and him gloating over the impressive credentials, that she realizes Joan’s son manufactured everything on it — including a social media profile. 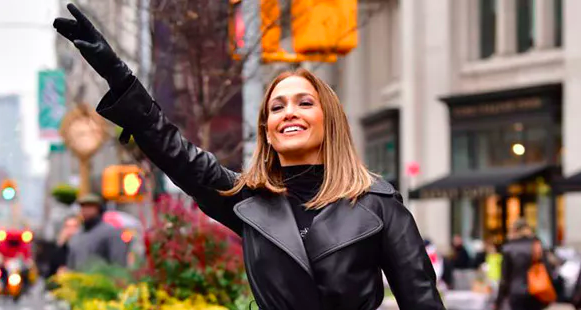 Joan receives the call from Franklin & Clarke that they’re interested in hiring her for a position as a sales consultant and the adventures of balancing one identity with another begins!

The story of Second Act isn’t exactly a unique story.  We’ve seen the girl determined to prove herself in a demanding job with New York City as its backdrop in films like Working Girl, The Devil Wears Prada and 13 Going On 30.  And yes, the girl always has a hot boyfriend, in this case, his name is Trey played by This Is Us star Milo Ventimiglia.

But what makes Second Act unique is its authenticity and realness between BFFs Maya and Joan. Some of the most humorous moments are shared between these two, and actors Lopez and Remini looked like they had a lot of fun making this picture together. 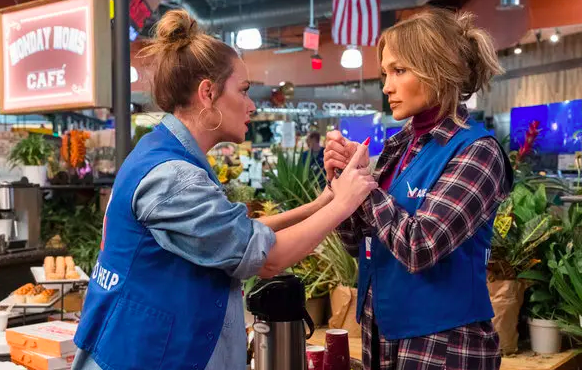 The chemistry between Lopez and Remini is palpable and every scene with them in it is golden.

The narrative does kind of fall apart in some places with a storyline that seemed both unnecessary and a bit weird when we meet Anderson Clarke’s daughter Zoe (Vanessa Hudgens). Don’t get me wrong, I loved Vanessa’s performance in this film and thought she was a great addition to the cast, but her character’s story didn’t quite fit. And without going into spoiler territory here, this could be up for debate on how Zoe’s role did impact Maya’s journey — but the subplot for me was an extraneous digression. And it seemed like the motif of the film’s narrative — a story about second chances — was forced using Zoe’s story arc to push Maya into “starting over”. The film could have executed that theme without the spoon-fed subplot.

The idea of Maya not getting a job because she didn’t have a college degree seemed a bit outdated in my opinion.  Perhaps 10 years ago I could let that slide, but in today’s job market I personally don’t think it carries that much value anymore. It’s kind of hard to believe someone with 15 years sales experience would be passed up for an opportunity for someone with less just because they have a college education — especially in sales. Perhaps engineering or astrophysics but sales? C’mon now.

Charlene Yi plays Ariana the meek, awkward and quirky assistant to Maya’s research team. Yi upstages every actor in the scenes she’s in and is incredibly underrated as a comedic talent. And if you don’t believe me, go watch This Is 40 and you will ask yourself “why am I not seeing this girl everywhere?”

Overall, it’s an entertaining, charming and inspiring story that unfolds and delivers the profound lesson: the only thing getting in the way of our destiny is ourselves.

EXCLUSIVE: Photos of Aja Naomi King as Latrice in ‘The Upside’

Scientology and the Aftermath (S2x1): Recap and Discussion