The time has finally come.  After four seasons, Sleepy Hollow has been canceled. For many, the news was met with as much jubilation as if they had just heard Nicole Beharie would be coming back. In many ways, it’s a shame that the show’s cancellation is a positive, since Sleepy Hollow started out with everyone, fans and critics alike, rooting for it to succeed.

Sleepy Hollow gets what it deserves, speaking frankly. It played the game of not listening to its core fan base and understanding their needs. When it tried to “rectify” things, it was too late, and most if its core audience had moved on to bigger, better things, like Into the Badlands, American Gods (with Sleepy Hollow alum and self-proclaimed “fangirl” Orlando Jones), Luke Cage, The Flash, Supergirl, and so on. The show is definitely a lesson to others that ignoring or writing off your fans doesn’t win you longevity in television. It’s a miracle Sleepy Hollow lasted as long as it did without Beharie holding down the fort as Abbie.

I’ve written about Sleepy Hollow ad nauseum for Black Girl Nerds, and for my own site, and as many of y’all can attest to, I have tried to see the brighter side to all of the injustices leveled against Abbie. from Katrina being a wedge between her and Ichabod’s relationship to the Season 2 leadership writing Abbie out of her own story in the most painful way possible. Even though I knew that everything happening could have the potential to backfire on the show, I still hoped that everything was being built up towards a vindication of epic proportions—that Katrina would finally die (or gain immense evil power to become the best villainess of the show) and Abbie and Ichabod would finally become the ultimate Witness team in both their professional and personal lives. But due to Beharie’s understandable growing malaise about the work and ineffective writing, Abbie was killed off, a final act of injustice towards such an important character.

A lot of this sounds like water under the bridge, I’m sure. But what I’m trying to say is that Sleepy Hollow’s first season was a fantastic example of social issues melding together with fantasy in an oddly believable and relatable way (even with everyone was fighting a headless horseman). Key moments such as Abbie and Irving schooling Ichabod on the original hypocritical “liberal” Thomas Jefferson and Abbie rekindling her relationship with Jenny affected black audiences in particular in a way the show probably didn’t hit other audience members. Here was a show that was putting black sisterhood first and was intent on making an intense social critique on American society, which included critiquing how America’s Founding Fathers weren’t really as forward-thinking as some would like to believe.

Just as important as Sleepy Hollow’s focus on black sisterhood was its focus on black femininity and desirability as well. Abbie was the romantic interest for several people on Sleepy Hollow’s first season, including Andy, Luke, and Ichabod despite being married (perhaps a lot of Ichabod’s interest falls squarely on how Tom Mison played Ichabod, giving the character much more subtext than was probably ever initially expected of the character). Ichabod also always treated Abbie with respect, but even more than that, Ichabod treated her like a lady. That’s even more remarkable seeing how Ichabod comes from a time when black women weren’t even seen as human. Having a black woman at the center of several men’s lives showcased her desirability as a woman, something other shows gloss over when it comes to their black female characters. Abbie was the center of attention, the treatment that is an old hat for many white female characters, including Katrina.

I think, though, that a lot of these points never connected for many of the Sleepy Hollow writing team. I don’t know if many of them understood how aspects of the show would affect the audience it seemed like they wanted to capture—black people, black women in particular. To be even more nuanced about it, I don’t know if many of them understood how certain plot points or character choices would resonate with audience members of different races in different ways. What might be seen as a “standard” move by some to push Abbie’s storyline to the backburner to focus more on Ichabod’s relationship with Katrina was also interpreted as a way to erase Abbie out of her own story and give off the idea that she is less than.

This critique is leveled more towards the Season 2 writing team, since that season sent the message that, as a group, they felt Abbie wasn’t worth the title of Witness, especially when it was written for Ichabod to tell Abbie to take care of Katrina during an episode, as if Katrina’s not supposed to be an all-powerful witch. That moment alone showcased how Abbie was viewed by members of the writing team—she was viewed as a stereotypical vessel of black strength, as a mindless caretaker for white femininity and safety. She was an object, not a person. That season proved the point about how not knowing your target audience and their interests can bite you in the butt. It also proves the point about how a diverse writing staff can help showrunners and other writers see the pitfalls in certain storylines and character treatments. 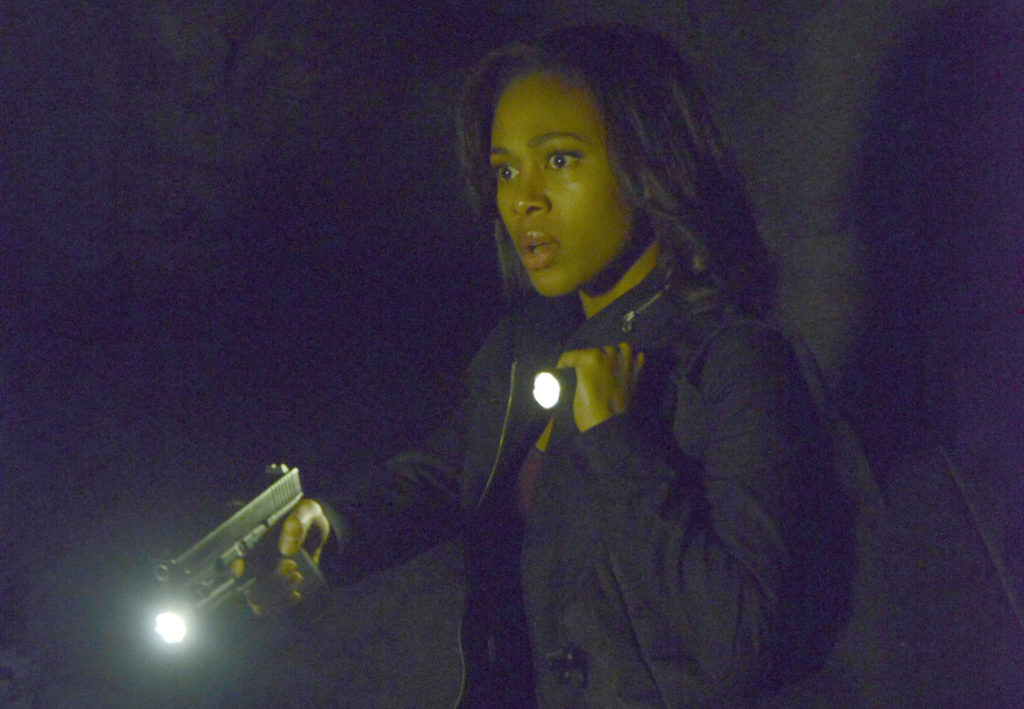 If you like Bones, you might have caught some of the Bones-esque writing that was going on. Also, in an attempt to recreate the magic of the first season, the cast got a diversity upgrade similar to the type of diversity we saw in the first season. But a new focus and new diverse cast don’t mean that Sleepy Hollow could get back to its original glory without one-half of the heart of the show, and as we now know, it never did.

How do I, as Black Girl Nerds’ resident Sleepy Hollow expert, feel about the cancellation? Well, I feel like it couldn’t be better news. There was a time when I had dreaded hearing about Sleepy Hollow on-the-bubble talk because I didn’t want the show to end. I didn’t want to lose the characters I’d grown to care about so much. I didn’t want to lose my escapist program that allowed me to see a black woman in charge on a fantasy show. I know how rare those opportunities are, which means there are other shows, like The Expanse and Z Nation that we as sci-fi and fantasy fans should hold very dearly. But, as it turns out, some of the folks behind the scenes didn’t understand why I and others like me were attracted to Sleepy Hollow. It wasn’t just because Abbie was a black face on the show. It was because she represented us in an authentic and realistic way. She was us. When they threw Abbie away, it was like they were telling us we were disposable as well, so we as fans turned the tables on them and quit watching.

So, if they haven’t learned it by now, everyone now knows for certain that if there’s no Abbie, there’s no Sleepy Hollow.