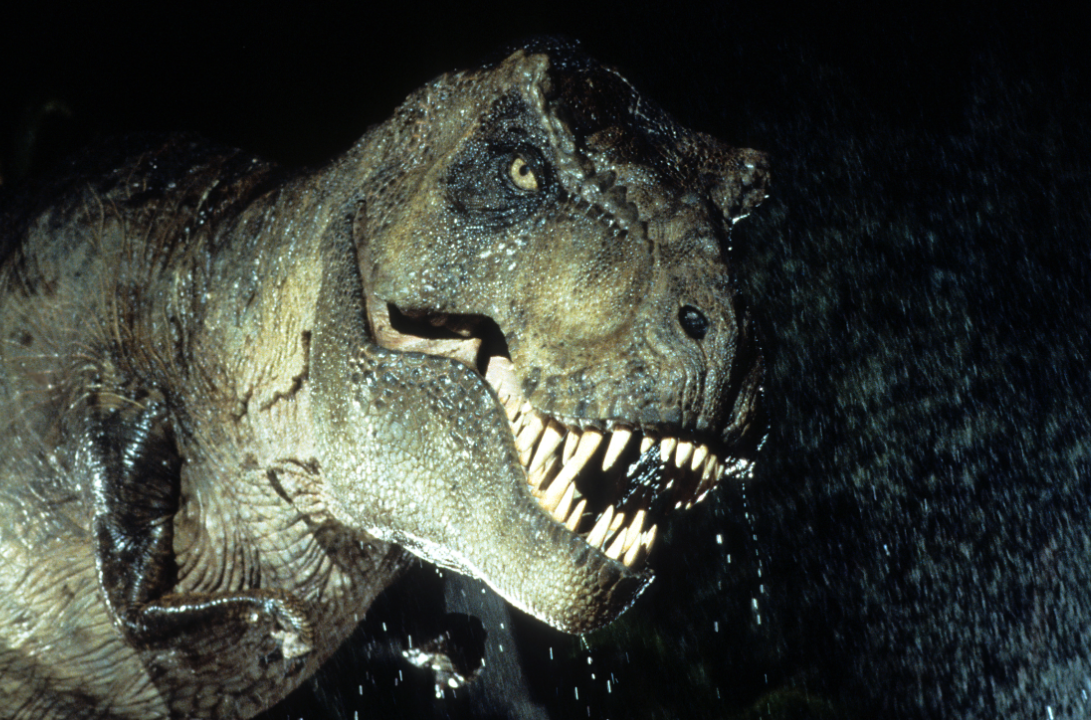 I had the right idea, rewatching this film.

It’s not that 1993’s Jurassic Park is a film that will stand the test of time in the way certain cinematic classics will. It’s not that its characters are so well-rounded that their arcs shock us at every twist and turn. Hell, this movie didn’t even get Oscar nods besides ones for sound and visual effects. Even with his iconic score, John Williams would have to wait a year until the Academy gave him an award for his Schindler’s List. (And, given that this film still holds near-universal acclaim despite its lack of awards recognition, you can make the argument that the Oscars aren’t perfect and certainly aren’t the end-all, be-all of film critique. I mean, those guys did give Crash Best Picture once.)

This is all to say, however, that it’s hard to explain why Jurassic Park is so perfectly imperfect: why this summer blockbuster with a plot predicated on corporate espionage and lawsuits captured the hearts of every person born between 1980 and 2001; why this film has sadly become one of many whose originality and ingenuity gave way to franchises filled with increasingly poor carbon copies banking on a steady IV drip of nostalgia to keep its audience interested.

So, what I will try to do with this Cult Classics review is attempt to focus on the film at hand. I will (try not to) spend my time bashing the latest Jurassic World film. That’s what the entire rest of the internet is for. What I will endeavor to do instead is revisit what it is about this film — one about a few scientists, an old capitalist, and a couple kids having a bad theme park trip — that makes it so epic in scope and impact. Mind you, I said I would try, so cut me some slack if I fail in that regard.

Jurassic Park has staying power because it is not afraid to be about something while also maintaining its sense of the spectacular, that is, the sensory aspects of drama and filmmaking.

Like Jaws, Jurassic Park opens with an initial victim being tossed around by a largely unseen animal force.

Like Jaws, Jurassic Park places unlikely heroes at center stage. In the former film, it’s a middle-aged, semi-retired police chief, an oceanographer, and an old sea salt who team up to kill the shark. In Jurassic Park, we have Dr. Alan Grant (Sam Neill), Dr. Ellie Sattler (Laura Dern), and Dr. Ian Malcolm (Jeff Goldblum). And what ends up happening is Goldblum’s character spends most of the film out of commission due to a leg injury, Ellie’s action scene is running away from danger, and the most heroic thing Alan does is become a protective father figure. In this movie, the only ones who save humans from dinosaurs are other dinosaurs.

So, why these characters then? Why not game warden Robert Muldoon (Bob Peck) who — oh, wait. He’s dead. The reasons the film and Michael Crichton’s original novel focus on these characters is because they can elaborate on the story’s themes: ethics as they concern science and a genuine awe and reverence for nature.

Now, whether you think Jurassic Park, the film or the novel, succeeds in deftly exploring these topics is one thing. But what matters to me is that there was the attempt.

What is The Lost World: Jurassic Park about? It’s about “Oh no, they’ve done it again!”

Jurassic Park III? “Hey, uh, divorce is bad and always reversible! Also, never lie! Except for when that lie does get you your son back despite getting several people eaten to death in the process!”

I could go on, but I vaguely remember making some sort of promise? I don’t know. It all becomes very hazy once I remember they put a talking velociraptor in one of these things.

The original Jurassic Park spends much of its first half discussing the ethics of what John Hammond (Richard Attenborough) and his engineers have done. Is Ian correct that they have not only perverted nature but they’ve also shown a complete disregard for its force and unpredictability? The film will go on to tell us that, yes, he’s right on the money. And, boy, does he hate being right all the time.

With him, Ellie and Alan provide the awe the film wants us to feel, the marvel at the admittedly interesting feats that can happen once man plays God (or, destroys Him, if you agree with Ian’s rationale). Jurassic Park, then, becomes a movie not just about dinosaurs eating people, but one about the shoulds, coulds, and woulds of ethical science.

In fact, only five people die in the movie, and that happens at a rate of about once every half hour. This isn’t simply a well-made B-movie; it’s a film that at least aspires to be about chaos and the entropy inherent to every system, even ones for which humans have allegedly spared no expense.

It goes without saying that the visuals of this film are phenomenal, even as the film approaches thirty years old. This is arguably Spielberg’s forte. I don’t know that I always leave his films feeling for his characters the way I do, say, for a Coen brothers film or one by Paul Thomas Anderson, but I’m always visually and sonically stunned. There simply isn’t enough time or space to elaborate, so let’s just say I give you a couple links that highlight Spielberg’s sense of pacing and aesthetics as far as action sequences go. Perhaps Spielberg is just a celebrated master of style over substance, but in a specifically visual medium, this mastery is still certainly worthy of every accolade it affords him.

Jurassic Park. What can I say that a million haven’t said before me?

Best film ever? No.

Deepest film ever. Certainly not.

Worth it to watch? Hell yes. Every. Single Second.

And who knows? Twenty, fifteen, or, given the rate they’re churning out Batman films these days, ten years from now, maybe some awful executive at Universal will ask (command) that they give us something else in the Jurassic series. Jurassic Galaxy. Jurassic Universe. On that day, I hope the screenwriters will have the wherewithal to say no, but since that’s as likely as Disney letting the Star Wars franchise finally rest in peace, I just hope the writers will look at what made this first film so special.

It wasn’t the dino fights. It wasn’t wanton attacks on civilians. It was the awe-inspiring wonder mixed with a perhaps too-negative view of scientific hubris in the face of nature, whatever that really is. It’s this quality that makes Jurassic Park so shockingly better than everything that came after it.

Of course, if Universal wants to give me a few million to churn out Jurassic Universes 1–3, I’m all yours, baby.

Jurassic Park can be streamed with an HBO Max subscription or rented/bought on Apple TV or Prime Video.