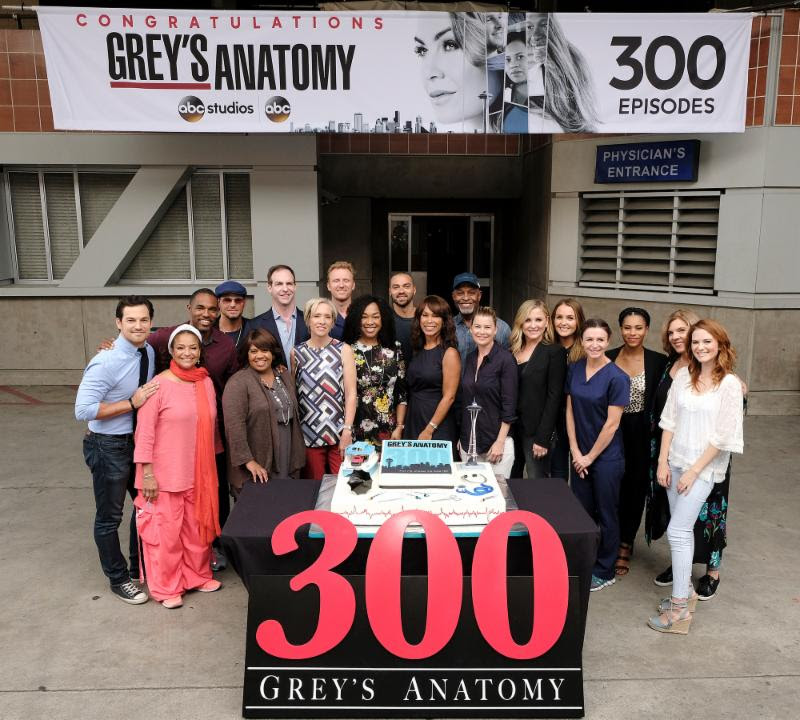 She’s a titan. She’s a fierce and phenomenal woman. She’s a mom. And she’s one of the women who’s put forth the most episodes of television ever.

I remember the day I fell in love with Grey’s and, subsequently, television as an artform. It was the week after the Super Bowl 2006. Everyone, the week before, had gotten hooked on “It’s the End of the World,” which introduced Kyle Chandler as the bomb squad guy trying to save Meredith from, well, herself. Everyone but me, because I don’t do sportsball. So the week after, I remember vividly hanging out with my dad and brother, who wanted to watch the next episode, “As We Know It,” because, as I said, they’d gotten hooked. I watched the second half of an episode of a show I’d never seen and it changed my life. It put me on the edge of my seat, was kind of funny, had romance, I felt like I was learning medical stuff, and I totally called that Kyle Chandler would explode! I’d never fallen in love with a TV show so fast.

My dad and brother don’t watch Grey’s anymore (I don’t think they watched much more after that second episode), but that episode affected how I saw television and what I knew and hoped television could do, even still now, more than ten years later. Even when I spent time away from the show, I came back and it felt like home. It felt like I was the one who’d made the mistake of leaving this world of ever-changing, ever-growing characters who I now realize I will always love, adore, and come back to.

I didn’t know (m)any Black showrunners by name, much less Black women showrunners. But here came Shonda Rhimes, producing and writing addictive television, introducing diverse casts, and showing that investing in diversity and Black women could get you a lot of money and attention from audiences who had long felt unrepresented.

Even when Grey’s was at its weirdest — I’m looking at your Brain Tumor!Izzie — it remained a beacon of what diverse, inclusive television could be and set the mark for every proceeding show that Shonda put her hands on, as well as ABC’s current very diverse lineup. That was the influence of Shonda and everyone who worked with and believed in her vision.

Because for Shonda, it’s not about diversity points, it’s about showing reality.

300 isn’t the marker for her accomplishment — because she’s been hard at work for 12 years, 6 Rhimes-produced shows, and many speeches, books, and TEDxTalks — but it’s a perfect time to talk about and reflect how much Shonda Rhimes has affected the industry, the careers of her co-workers and co-conspirators (because only a devious conspiracy could pull off that plane crash and the painful irony of Derek Shepherd’s death) and the lives of her fans. Fans like me fell in love with the vision of entertainment Shonda brought to our world.

Here’s a large glass of wine to you.

Experiencing COVID in Film and Television