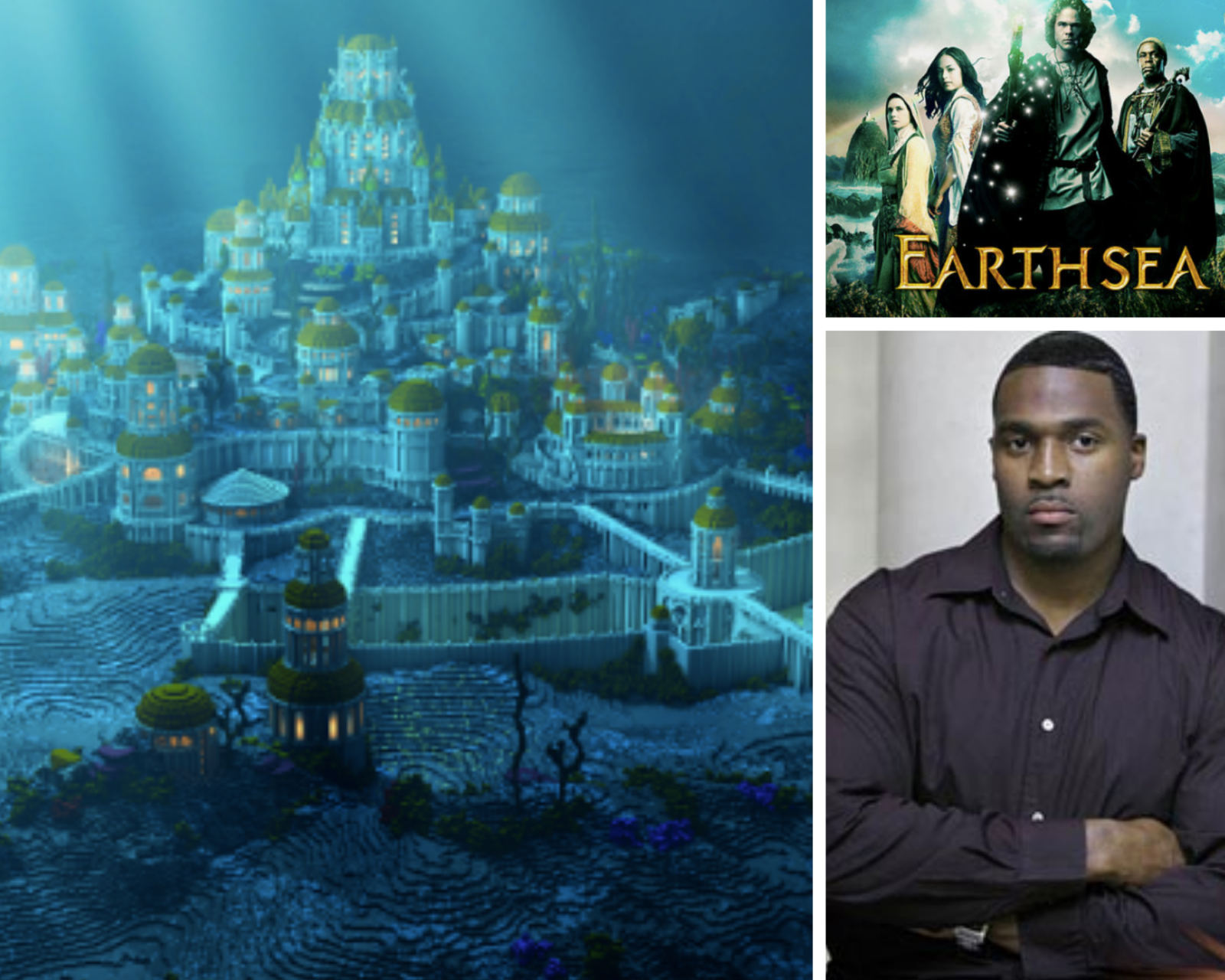 A gentleman and a scholar by the name of Dick Gregory once said, “When you’ve got something really good, you don’t have to force it on people. They will steal it!”

There’s no better example of this than Black culture. If our achievements aren’t being deleted from historical records, they’re being whitewashed altogether as we’ve witnessed time and time again. Still not convinced? The following are five more examples which may enlighten your perspective.

Betty Boop: Created by Max Fleischer and Grim Natwick as a caricature of the Jazz Age flapper, Betty Boop debuted in 1930 and has entertained generations for nearly a century. What distinguishes Boop from the other animated female characters of her era is that Boop was not the feminine counterpart of a male protagonist such as Minnie Mouse. Boop was the lead in her own cartoons, which was groundbreaking for its time. That’s not to say the cartoons weren’t rife with misogyny and other problematic elements. After all, this was the 1930s. While popular white singer Helen Kane is often credited for being the primary inspiration, Betty Boop was in fact based on multiple women.

The biggest influence, however, was Black entertainer Esther Lee “Baby Esther” Jones. A trained scat singer, dancer, and acrobat, Jones was known for her squeaky voice and baby talk and appeared in nightclubs all over the United States. It was at the Everglades Club on Broadway in April, 1928 where Jones debuted her act Boops, which featured what would later become the cartoon icon’s famous catchphrase, “Boop-Oop-A-Doop.”

Kane, who was present for the show, ripped off the routine and the improvisational jazz scat style. She used them both in the Broadway musical Good Boy and the song I Wanna Be Loved by You, which resulted in Kane becoming an overnight sensation. However, when Kane later filed a $250,000 infringement lawsuit against Fleischer and Paramount, she attempted to claim that she invented the scat lyrics Boop-Oop-A-Doop. An early test sound film was discovered that featured Baby Esther performing in this style. Testimony from Jones’s former manager confirmed that Kane was present when Jones debuted her act, and, as a result, Kane was exposed as a fraud and lost the suit.

In 2014, the story of Betty Boop’s origins garnered new life in a number of media outlets where the record was finally set straight. Neither Kane’s success or Betty Boop would have been a reality had it not been for Baby Esther.

The Lost City of Atlantis: This past summer social media was set ablaze with controversy and debate when Disney announced that actress Hailey Bailey would play Ariel in the upcoming live-action adaptation of The Little Mermaid. Many “think pieces” were written whitesplaining how Black people couldn’t possibly be mermaids or live underwater because of science. Yes, science was used as an excuse to justify racism in fantasy.

But the punchline is …

Atlantis has been the setting of many an underwater epic — the same Atlantis that historians have placed on the floor of the Atlantic Ocean near North Africa. Plato also confirmed the location of the mythical city in Timaeus when he described Atlantis as being just beyond the Straits of Gibraltar. A region heavily inhabited by the Moors at the time. As one article explains:

Plato described it as an island “larger than Libya and Asia Minor put together” in front of the Pillars of Hercules — the Straits of Gibraltar. He said Atlantis was a land of fabulous wealth, advanced civilization and natural beauty destroyed by earthquakes and floods 9,000 years earlier.

Douglas County, Georgia: Before there was Wakanda, there was the ATL. Whether it’s business, politics, sports, Civil Rights, arts & entertainment, or providing a haven for LGBTQs, Atlanta is considered to be a Black Mecca and a crown jewel of Black culture. Sadly, Atlanta and Georgia are two starkly different places. Whether it’s the 2018 election fraud or this specific episode of caucacity, the state’s racism has been well documented.

What is not so well-documented is that Douglass County, 30 miles west of Atlanta, was founded in 1870 and named in honor of abolitionist Frederick Douglass by the African-Americans who were serving in the Georgia legislature. However, the name was altered by Confederates when they regained power and expelled the Black lawmakers. The county was renamed Douglas (with one “s”) after Stephen A. Douglas, an Illinois senator who lost to Abraham Lincoln in the presidential election of 1860. Regardless of the name change, the legacy of Frederick Douglass is undeniable and continues to live on in Douglas County and beyond.

Jason Thomas: When the 9/11 attacks transpired, many Americans took action to aid the victims of the tragedy. Marine Corp Sgt. Jason Thomas is an example. While dropping off his daughter at the home of his mother, Thomas learned of the attacks. Despite having just left active duty a month prior, Thomas drove to Manhattan to assist in the rescue efforts.

“Someone needed help,” Sgt. Thomas told the Associated Press. “It didn’t matter who. I didn’t even have a plan. But I have all this training as a Marine, and all I could think was, ‘My city is in need.’”

Thomas is a larger than life superhero one would find on the big screen. Director Oliver Stone had the same idea in mind with one major exception. In the 2006 film, World Trade Center, William Mapother, a white actor, was cast to play the Black rescuer.

When critics rightfully called out Stone on his blatant racism, he lied and claimed he totes didn’t know that Thomas was Black. Because he expected people to believe he didn’t do any research before making a film based on real people and actual events. This is why the devil is a liar. This is also why Google is your sister in Christ.

Earthsea: Based on the popular book series from the late Ursula K. LeGuin, Earthsea was adapted by SYFY into a television miniseries in 2003. Earthsea revolved around a young protagonist, described as red-brown skinned, who discovers he is destined to be the greatest sorcerer the mythical world of Earthsea has ever known. But before he can fulfill his destiny and save his world from the evil king, he must master the powers he has been given.

Generally, most authors have no control over television and film adaptations. If they’re lucky, they may receive the standard consultant status in their contract as Le Guin did. Unfortunately, it was ultimately all for naught. In the miniseries, all of the main characters, including the protagonist, were whitewashed with a cast comprised primarily of white actors save for Kristin Kreuk and Danny Glover. Le Guin was not happy and was more than vocal about the racist revamp of her work. The entire ordeal was a sobering reminder that we reside in a world that is more comfortable watching monsters and magic on television than it is Black people. According to Deadline, another adaptation of Earthsea is in the works. Le Guin reportedly gave the project her blessing before she passed away in 2018. Here’s hoping it will right the wrongs from the previous miniseries.

The driving force behind antiblackness and systemic white supremacy is not that Blacks are inferior. It is because we are beautiful, gifted, and powerful and exceptional beyond measure. In spite of every horror and injustice we’ve endured and continue to endure, we continue to set the global stage for the rest of the globe. Because while pressure crushes, it also creates diamonds. There’s no finer jewel than Black Excellence. The examples listed above, as well as those in the previous installments, are all a testament to this.

As Oscar Wilde so eloquently stated, “Imitation is the sincerest form of flattery that mediocrity can pay to greatness.”