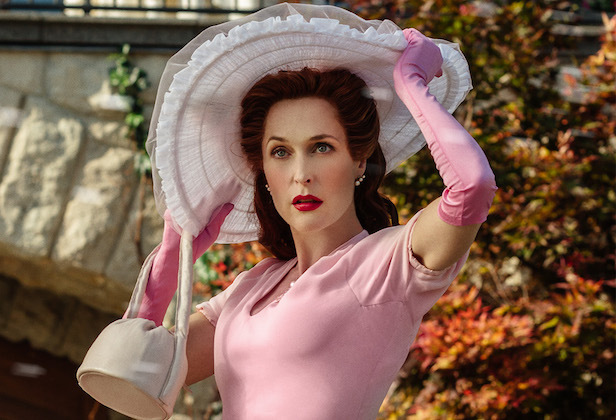 My heart has been prematurely mourning the death of my beloved American Gods television show since the late November 2017 announcement that Bryan Fuller and Michael Green would not be returning as showrunners. The problem? Reportedly the budget, which probably did get out of hand with the first season — and was allegedly headed that way for season two. However, the imagery and rendering of Neil Gaiman’s tome onto the small screen was nothing short of genius and worth every penny! I mean you could not have touched Salim’s lovemaking scene with the fiery jinn on a shoestring budget. There is no way.

Spoilers for American Gods the show and book ahead.

Furthermore, the second season is going to have a massive war between the gods while Shadow trips his balls off tied to a tree. Flaming thunderbirds, withering crones, and Easter’s last trick of the book alone are going to take a mint to produce correctly. The show was a hit, why shackle it to a budget now?

So because of money, they dumped Fuller and Green. Later I found that the God(dess) of Media, played brilliantly by Gillian Anderson, was leaving too. Anderson announced her departure in December, not long after Fuller’s exit. He recruited her and they are good friends. Anderson refuses to say more on her exit, but it’s clear that the decision was in solidarity with her friend.

When Easter announced that she had a foot out the door too, I started mourning. There is no second half of American Gods without Easter and Media. Replacing those personalities now would smart with fans as Anderson and Chenoweth both embodied the written version of those characters so well that it was like Gaiman penned the characters on their mannerisms and likenesses.

Chenoweth hasn’t said anymore either, and if you look at her announcement, she almost hints that the decision to stay or go is not her own, which is odd. Are the remaining/new powers that be slashing parts to save money? (While Anderson was still paid less than X-Files co-star David Duchovny, she probably still costs a pretty penny to hire.) If they are, could somebody rewrite the second half to make Laura die horribly? I never liked her character, although Emily Browning plays her like I imagined Laura to be. Writing a hellacious death for Laura in season two would go against the storyline, but it would be oh so satisfying. But I digress.

I did find that it may be a bit more than serendipity or budget squabbles that led to Bryan Fuller’s departure from American God. In January 2018, Ann Rice and her son Christopher announced that Bryan Fuller would be running their new show Vampire Chronicles, which is based on 11 of the 17 novels in the series. It seems that the writers wanted to work with the man behind Hannibal, Pushing Daisies, and American Gods. Rice says in an interview that she wants the show to be (graphically) like Game of Thrones. Fuller is the guy for that. As of this writing, he has yet to say anything about the project other than this tweet which throws some serious shade at his bosses over at Starz.

“What has always worked for me is excess.” @AnneRiceAuthor

In fact, this post was thrown up on Twitter the same day that Fuller and Green announced their exit, making me think that they had already at least been in talks with the Rice camp. His latest made the news official:

It accompanied Anne Rice’s tweet putting the rumors to rest and jumpstarting my mourning of the death of American Gods.

The most interesting finding is the post by Christopher, who tells of how they met Fuller—nearly 40 years ago! It seems that Fuller stalked Rice and fanboyed hard about adapting her screenplay, only to make his dream come true decades later. It’s actually a cute tale.

While there are still tons of talent attached to the American Gods show and plenty of material to explore in season 2, the fans, including me, are not confident about the show’s ability to bring the world to life like Fuller did. With Anderson’s Media gone and possibly Easter as well, I am not holding much hope for the rest. In addition, the knowledge that the studio wants to do the second season on a Kmart budget also leaves me with little hope for the next season.