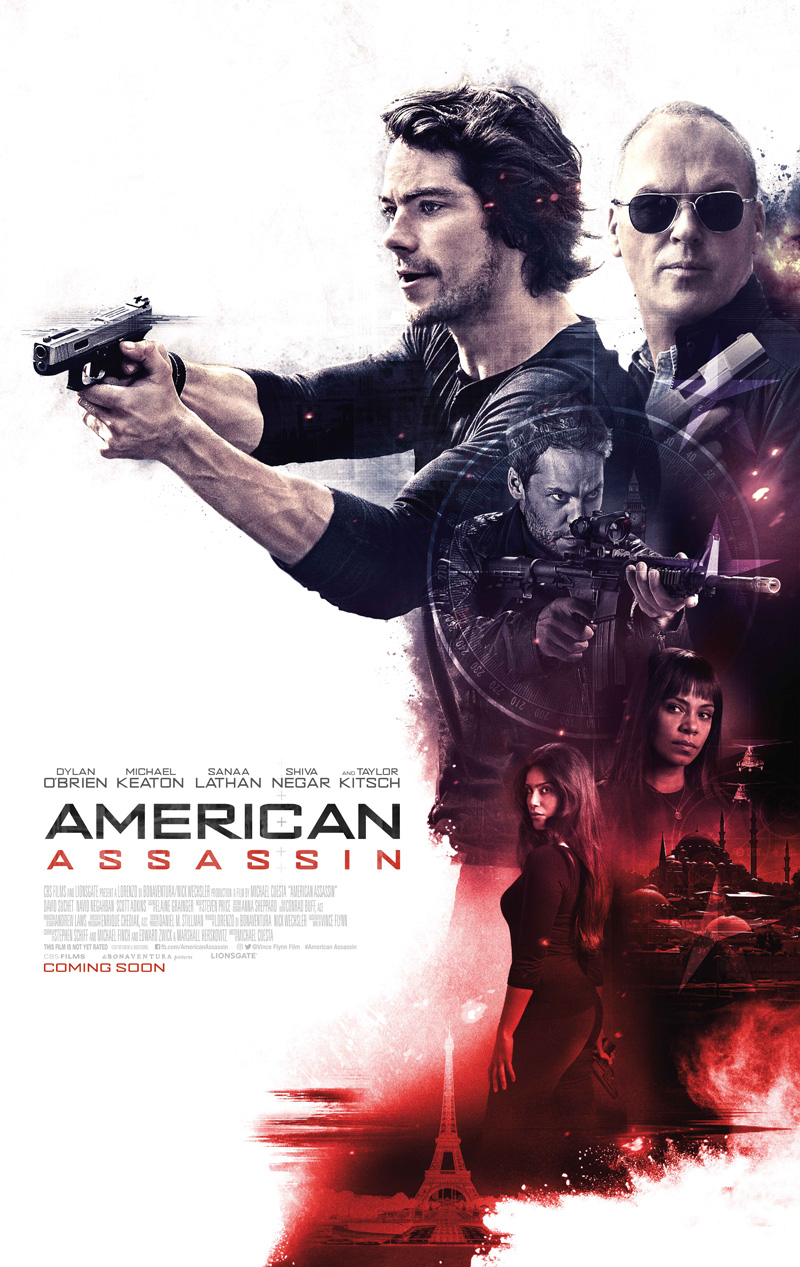 I’m going to cut to the chase: American Assassin, a film based on a bestselling novel by the late Vince Flynn, is as generic as its title. The whole movie is like a(nother) Jason Bourne origin story, but with a little Death Wish thrown in. There is nothing new to see here, folks. Move along.

The main character, Mitch Rapp (Dylan O’Brien), is a once-sweet young guy who eventually becomes consumed by visions of revenge over the death of his fiancée. He is in mourning, brooding and troubled. He spends all of his time training for the moment when he can kill the man he deems responsible for his pain, the leader of a Middle Eastern terrorist group.

Because of this, the head of the CIA, a no-nonsense woman named Irene Kennedy (Sanaa Lathan) thinks his psych profile makes him the perfect person to become an ‘American assassin’. So they kidnap, erm, recruit him and send him off to be trained by Stan Hurley (Michael Keaton), the leader of Orion, a team of fighting elites.

Stan is a former member of the, um, Special Forces? Green Berets? Fighting Tigers? Extremely Vicious Hamsters? I don’t know. He’s tough, okay? The toughest. And smart! And fast! And blah, blah, blah, screw it, you know the drill. With American Assassin, you know everything that’s coming: the beautiful but deadly girl agent Annika, played by Shiva Negar (Is she good or evil? Who knows? Who cares? She’s got an accent and looks HOT in stilettos, wink wink!) The car chases! The “red shirts”! And the inevitable countdown to TOTAL DESTRUCTION!

There are things about American Assassin that are good…and bad…and ugly. I won’t go deeply into the bad, which is pretty obvious. But I’ll give it props for a few good things.

The actors should be applauded for the effort it took to get through that mess of a script. Dylan O’Brien, who is relatively inexperienced compared to his cast mates, manages to look tougher and less adorable than I thought he could pull off, in spite of his cheekbones and cute-as-a-button nose. But I still just wanted to give him a hug as he seemingly searched in vain for a character to hang his hat on.

Sanaa Lathan as Irene Kennedy reminded me of Simone Biles, deftly navigating the narrow balance beam established for her character with real grace and power and making the performance her own. She managed to avoid falling into the trap set up in the script for her to be a Joan-Allen-in-the-Bourne-movies clone. Her performance, a bobble-free dismount, gets a solid 7.5 from this judge. 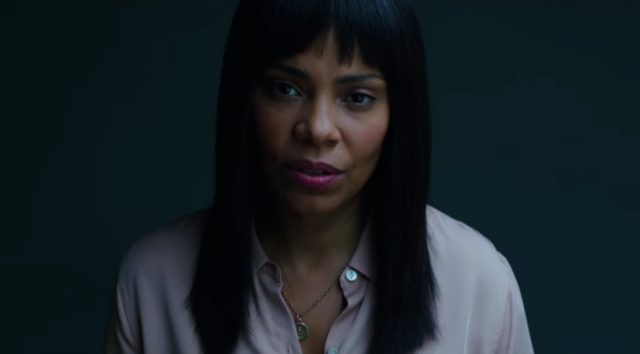 Shiva Negar as Annika, the “hot-girl-spy-with-accent” really tried her best to shine in American Assassin, but her character was tossed about by the writers who, as near as I can tell, couldn’t decide whether to “kiss, marry, or kill” and she just came off as kind of unbalanced. It was a good effort on her part though.

The rest of the cast was fine, but Michael Keaton deserves the Oscar (if it existed) for “Best Performance In A Crappy Role By An Actor Who Could Have Phoned It In And Collected A Paycheck But Gave It His Best Shot Anyway.” Yep, he worked that thing. I salute you, sir. Despite your regrettable lack of military bearing befitting an American assasin trainer, you were your usual outstanding self.

The creative team behind the camera are the real heroes of this movie. Some credit must be given to director Michael Cuesta. It’s his first feature, and he held American Assassin together, despite the cliché-ridden script. There is a sense of earnestness that permeates the film, which keeps it from being completely unwatchable. Even as pure popcorn entertainment, it doesn’t quite measure up, but it could have been worse and Cuesta seemed to keep worse from happening.

Also, the editing and cinematography are outstanding which helps save American Assassin from itself. Enrique Chediak, who was DP on 127 Hours and the gorgeous Red 2 gave Assassin its sumptuous look, while Oscar-winning editor Conrad Buff IV (Titanic, Terminator 2: Judgement Day, Training Day) had to be responsible for the film’s pace, which never becomes tedious, even if the story does.

Honestly, how many more of these expensive and gorgeous, but awful, movies are we going to be subjected to this year? It’s like studios are serving up a steady diet of wonderfully presented meals that are fairly bland.

I said I wasn’t going to go into the bad, but I have to touch on the score which, while not exactly bad, just doesn’t work. Composer Steven Price (Gravity, The World’s End) has written some great scores. This isn’t one of them. This one is too overwrought. A little more restraint, and it might have helped the action instead of just trying to drown it out.
So much for the good and the bad.

As for the ugly, it’s pretty simple. If the filmmakers had concentrated their creative efforts on developing a story about how a young mind can be easily bent towards violence and terrorism, they might have had a good film in American Assassin, maybe a great one. Instead, Hollywood keeps playing in the shallow end of the creativity pool, safely replicating “new” action heroes for the audience because, apparently, we don’t have enough of those in movies these days.

The thing is, the character of Mitch Rapp came to life in a series of books by Vince Flynn which were published from 1999-2012, when terrorism and terrorists were pretty much cemented in the minds of most Americans as being strictly Middle Eastern. But these days, we know not all terrorists have foreign accents and names like Sharif. These days, many have American accents and names like Timothy, Dylann, and Jeremy.

Truth is, stories where emotionally damaged young men with a taste for vengeance hone their killing skills and are used by the government to further the “American way” aren’t much fun to watch anymore. Ultimately, American Assassin is a film out of its time, so maybe it is past time for films like it to be laid to rest.