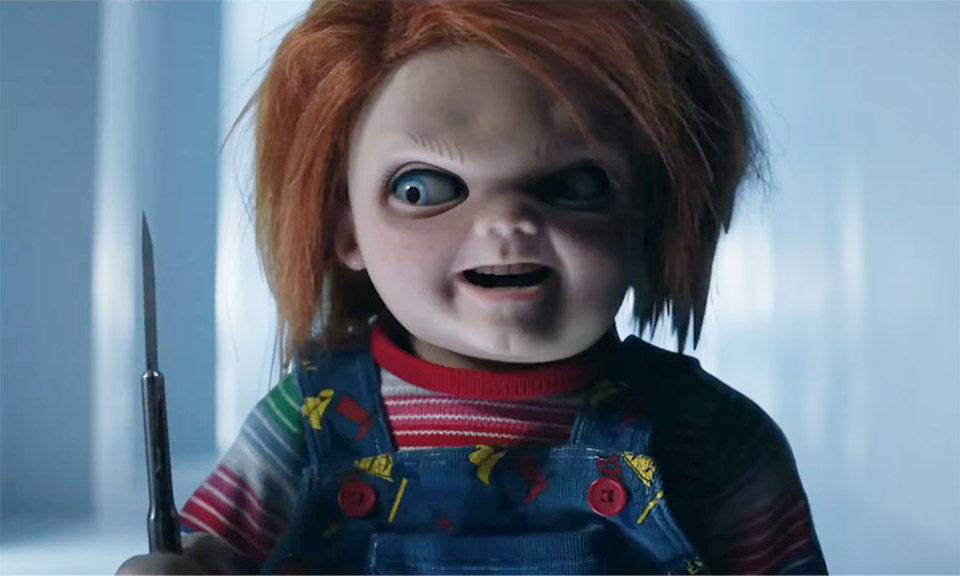 Cult of Chucky is a film that doesn’t care what you think about it.

It’s a gore fest that contains surprisingly suspenseful moments which bode well until the third act where things fall apart.

“Well, what did you expect Valerie?!”

Don’t shoot the messenger. I am allowed to have standards, even for a straight to DVD Child’s Play movie.

The story picks up right after Curse of Chucky. Nica (Fiona Dourif) has been institutionalized for the past four years as she’s convicted on murder charges and committed. As patients begin to drop dead mysteriously, Nica is thrown into the center of a sinister plot hatched by Chucky and his girlfriend/doll wife Tiffany (Jennifer Tilly) to create more killers. With the help of Chucky alumni, Andy Barclay (Alex Vincent), Nica and the patients of the asylum try to survive the night and prove to non-believers there is more to Chucky than meets the eye.

For the most part, the film works in delivering jump scares much like the earlier Child’s Play installments. High tension is there as the audience tries to figure out who did what, is Nica guilty, and what’s the demon doll’s next move. It’s enjoyable right up to the dreadful third act. From there, the film dissolves into a slapstick gore comedy where the cast is in on the joke, but the audience isn’t. I can’t stand abysmal third acts.

One thing the Child’s Play has going for itself is staying power. Friday the 13th and Nightmare on Elm Street have tried to reboot with different ideas and different cast members but to no avail. Chucky keeps on ticking — with most of the cast from the 1988 film still intact. Alex Vincent has been a part of the franchise since he was a child. Director Don Mancini and Brad Dourif have been involved just as long, and Jennifer Tilly since 1998’s Bride of Chucky. That’s one dedicated group of folks who don’t plan to abandon the franchise anytime soon. I don’t blame them because they’re having massive amounts of fun.

They do it for die-hard fans who are loyal no matter what. This made me think about what keeps fans coming back, and I think it’s Chucky/Charles Lee Ray’s overall story arc. He’s evolved from a human serial killer to killer doll, to an entity with a wife, child, and several clones all doing his bidding. He isn’t as scary as he used to be, but that’s ok. I don’t fault them for taking the franchise in a different direction, as I’m sure the creepy doll shtick would have worn thin years ago.

Although I’m disappointed in that third act, I did love most of it. What you see is what you get with Cult of Chucky. If you’re bored on a Saturday night with nothing to do and nowhere to go, Cult of Chucky is worth wasting 90 minutes of your life. It has entertaining moments that will shock you if nothing else.

Check out the BGN interview with Jennifer Tilly and director Don Mancini as they discuss what’s changed about horror cinema over the years.