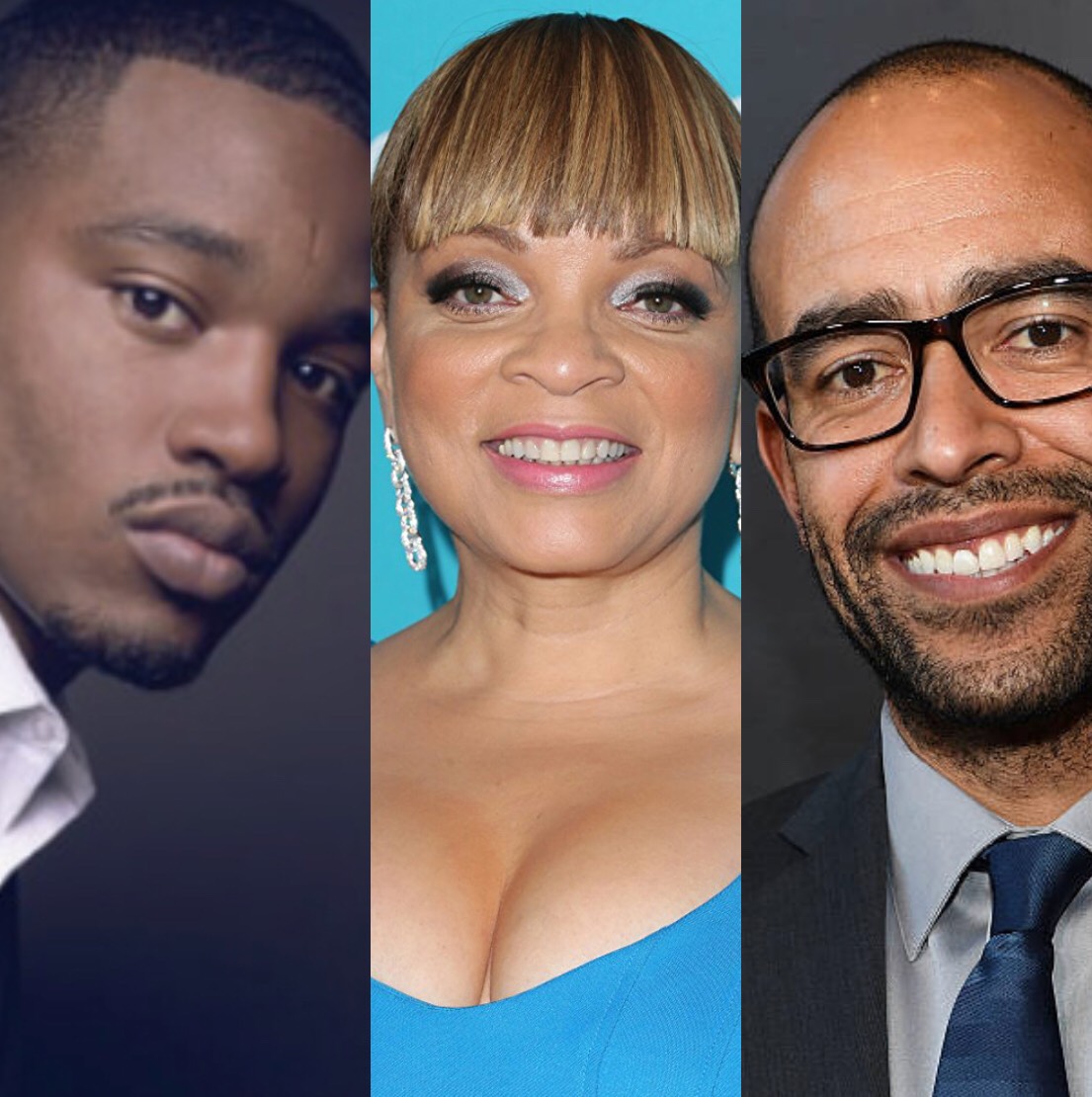 While walking out of a viewing of Black Panther, I can see the opportunity for a whole new generation of blerds to be born.  Back in the late 70’s, George Lucas and John Williams sealed Barbie and her Dream Camper’s fate to always be a target for my Luke Skywalker piloted X-wing fighter.  Thanks to Star Trek and Nichelle Nichols, I was permanently hooked into the idea that I liked science and science fiction and that there was room for me as a blerd (black nerd) in both.  In recent years, we have had wondrous movies about real life black heroes and while poignant, I don’t think any of them have the power that this unabridged notion of a hero contains.  It is the 21st Century and the opportunity to see a black superhero should not be a big thing, but it definitely is a moment.

This opportunity has been handled with great care by those who have labored for the last two or so years on its production.  Great care was taken to honor the fabled home of Wakanda, by including aspects of African heritage throughout the set and costume design.  Ruth E. Carter, the Costume Designer, commented that

“…you know, I started with the African culture, the indigenous tribes. I really tried to understand all the different areas of Africa and stay true to each nation, each people, each cultural influence. Ramonda, from the comics, is a Zulu, from the Zulu people. And so, that habit she wears is a married woman’s hat from the Zulu people. So, I started there. It feels like a crown. And there were other influences from fashion. So I fused kind of an Afro-futuristic model with the African culture and came up with the ideas that I presented to Ryan and showed to the whole Marvel team.”

I know that this is a heavy introduction for a movie about a comic book character, but it is important to understand that comics, like any media/art, have always been a medium to air out issues, explore options, and/or provide another context to start a much-needed conversation.  Black Panther is written to allow just that.  On the surface, it is just the story of T’Challa (Chadwick Boseman) a good son, stepping up to assume the role his father T’Chaka’s (John Kani) death has vacated.  There is also the coming of age aspect of finding out that your parents are just people who make mistakes. Plus there is the reality that no matter how old you get, your little sister will always give you a hard time even if you’re being crowned king, but if you’re lucky afterward she’ll make you a really awesome superhero suit.

In the movie, these kinds of relationships play an important role and are artfully weaved throughout the story.  Executive Producer Nate Moore talked about the fact that:

“Ryan had a very strong, specific vision for what Nakia and Okoye could be. When you cast Lupita Nyong’o and Danai Gurira, who are fantastic actresses, that is cemented more…” Each woman is essential to the success of the Black Panther and the kingdom he rules, Coogler gives them the opportunity to shine without taking unnecessary plot detours. Moore continues,  “what… is great is [that] they all exist in the same movie. But they’re all different. Because a lot of times, you get one strong female character, and that’s cool. But you get three strong female characters, and I would say even Ramonda over here is the fourth. But just different visions of what it means to be black and female, I think is really powerful because we don’t get that.” 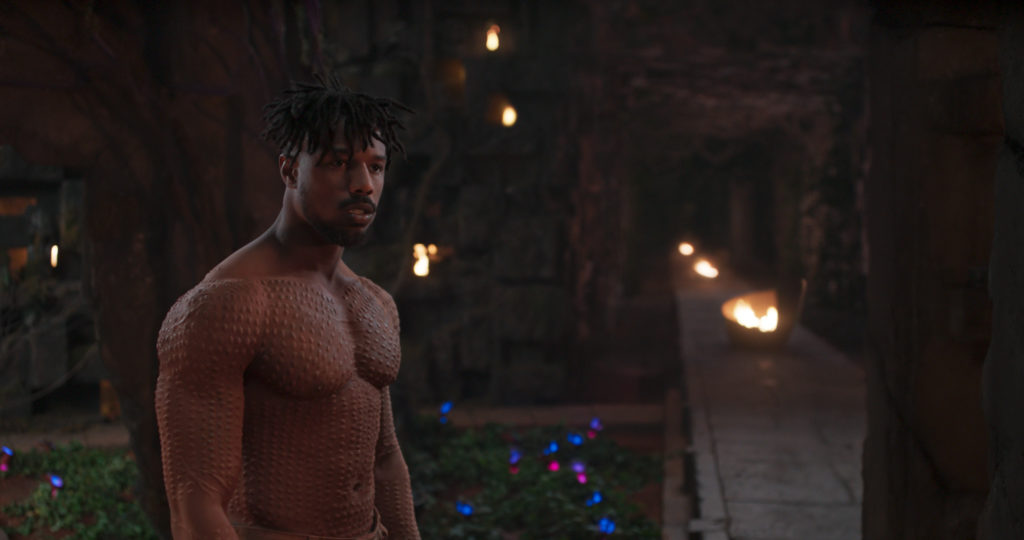 In Black Panther, almost every scene is a precursor to a much more significant moment further in the movie.  The comedic moments weren’t forced plot fillers, and characters fought, because they should, not because they could.  Which leads us to the villain.  Alfred Hitchcock was quoted as saying “the more successful the villain, the more successful the picture.”  Well, that is definitely true here.  Although normally portraying heroes, Michael B. Jordan takes a chance and steps into the role of the villain, Erik Killmonger.   His ability to portray both strength and vulnerability at the same time is Jordan’s great talent.  We saw it with him in The Wire. We cried about him in Fruitvale Station, and cheered for him in Creed.  In Black Panther, this skill makes him the perfect Killmonger as this altruistic monster haunts the border of T’Challa’s Wakanda.  Speaking of T’Challa, I would gush about Chadwick Boseman’s performance but there is really no need.  Boseman continues to be the embodiment of a great actor.  He is attractive, well-spoken, and immensely talented, and all this film does is to further demonstrate his ability to carry a movie, with the stature of Thurgood Marshall, the swagger of James Brown, and the confidence of Jackie Robinson.  He is all these men and more, he is the King of Wakanda. It is my hope this fictional king can help birth a whole generation of young black men to find honor in service to something greater than themselves.

In a recent interview, the Director Ryan Coogler talked about that part of each character’s journey was how they answered this question “Am I my brother’s keeper?”  Coogler stated

Don’t worry the movie is not a two-hour long afterschool special, but the story does hopefully drive home that regardless of your station we are all looking for our place; whether it is with our family, our work, or our country.   Our BGN Director of Online Marketing and Social Media Curator Kayla Sutton, started a hashtag called #WhatBlackPantherMeansToMe.  Nate Moore recently said

“that [the] hashtag was almost my proudest moment. Because…that sort of hit home, oh yeah, this is going to be important to people in a way that I was not prepared for. So, I thought that was really powerful… [It’s] hard to separate emotions from just the, for me, the love of the character, because I grew up with him, you know? So, it’s a dream come true…”  Ruth Carter added “…I think what Black Panther means to me is that we can take pride in our history. We don’t necessarily have to hide because we think that Africa is a one-dimensional place. And so, it was a world sharing continent. There are influences of Africa all over the world. And I think that it means that we can step out in pride, we can walk in this aesthetic, and know what it is. It gives us a vehicle for communicating to others what it is. And what it is to be African American.”

Regardless of #WhatBlackPantherMeansToMe, this movie is an opportunity for a worthwhile common experience that we can all enjoy.  So Friday, February 16th, put your phone on mute, buy the small soda, make sure you hit the little nerds room during the previews; it’s time to honor the new king of Wakanda, Black Panther.

E.Angel is an engineer and holds a BS in electrical engineering from North Carolina A&T State University. She’s a real nerd who loves all things Star Wars and Star Trek and is an avid gamer. E.Angel can be found on either game platform as Bunnehs Sister.